At its re:Invent user conference in Las Vegas today, public cloud market leader Amazon Web Services (AWS) unveiled the next generation of its Snowball boxes that customers can use to move lots of data to AWS. 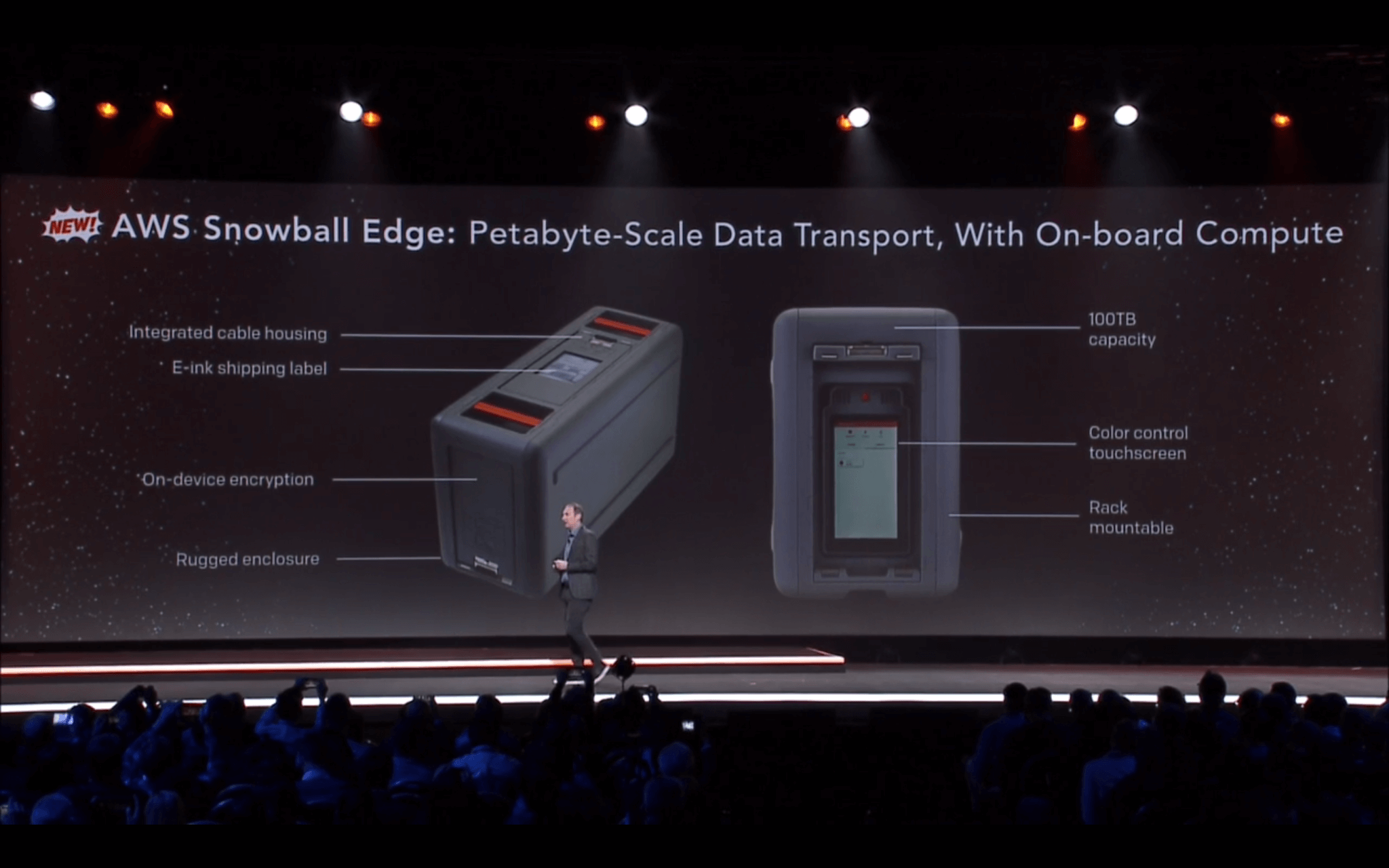 But AWS isn’t stopping there. For companies that have exabytes of data — of which there are a lot, Jassy said — AWS is introducing a full-size truck containing a 45-foot shipping container in which customers can load up data.

Sending an exabyte of data to AWS data centers at a rate of 10 Gb/s would take 26 years, but using 10 Snowmobiles would take less than six months, Jassy said.

AWS Snowmobile doesn’t have an official price. But AWS chief evangelist Jeff Barr noted in a blog post that salespeople will work with interested customers, and that AWS is keen to ensure that the service “is both faster and less expensive than using a network-based data transfer model.”

As for the Snowball Edge, each job costs $300 plus shipping costs, Barr wrote in a blog post. If you keep it for longer than 10 days, you’ll have to pay $30 per box per day. Locally run Lambda functions are free.