Reuters — China’s first mind-controlled car has been developed by researchers in the north-east port city of Tianjin.

Chinese researchers have developed what they say is the country’s first car that uses nothing but brain power to drive.

The research team from Nankai University, in the north-eastern Chinese port city of Tianjin, has spent two years bringing the mind-controlled vehicle to reality.

By wearing brain signal-reading equipment a driver can control the car to go forward, backwards, come to a stop, and both lock and unlock the vehicle, all without moving their hands or feet. 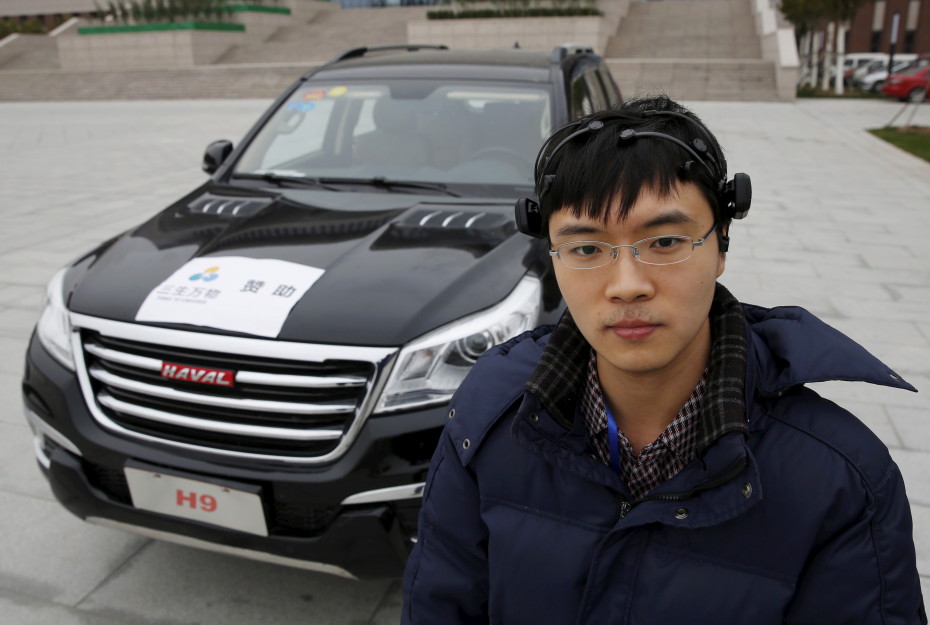 Above: Researcher Zhang Zhao wearing a brain signal-reading equipment poses with a vehicle which can be controlled with his brain wave, during a demonstration at Nankai University in Tianjin, China, November 17, 2015. REUTERS/Kim Kyung

Researcher Zhang Zhao told Reuters the equipment comprises 16 sensors that capture EEG (electroencephalogram) signals from the driver’s brain. They developed a computer program that selects the relevant signals and translates them, enabling control of the car.

“The tester’s EEG signals are picked up by this (brain signal-reading) equipment and transmitted wirelessly to the computer. The computer processes the signals to categorize and recognize people’s intention, then translates them into control command to the car. The core of the whole flow is to process the EEG signals, which is done on the computer,” said Zhang.

Associate Professor Duan Feng, from the university’s College of Computer and Control Engineering, led the project. He emphasized that the technology is aimed at better serving human beings, and that it might soon be possible to combine brain controlled technology and driverless cars, such as the Google Self Driving Car (SDC). 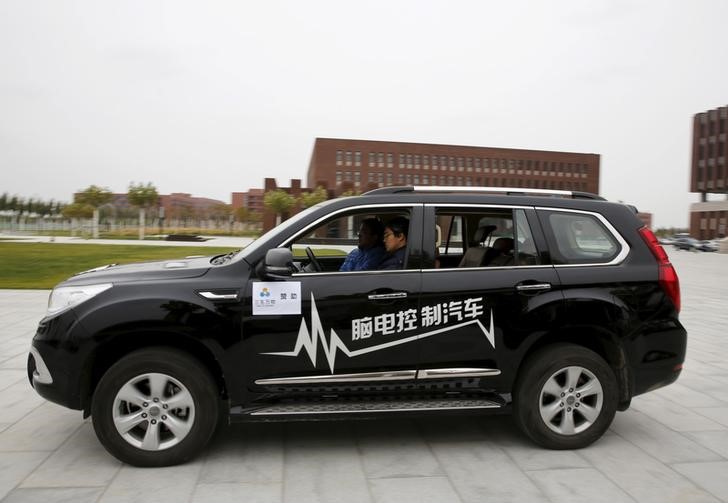 Above: Researcher Zhang Zhao wearing a brain signal-reading equipment moves a car forward with his brain wave during a demonstration at Nankai University in Tianjin, China, November 17, 2015. REUTERS/Kim Kyung-Hoon

“Driverless cars’ further development can bring more benefits to us, since we can better realize functions relating to brain controlling with the help of the driverless cars’ platform,” said Duan. “In the end, cars, whether driverless or not, and machines are serving for people. Under such circumstances, people’s intentions must be recognized. In our project, it makes the cars better serve human beings.”

Duan said worries about potential road accidents caused by the driver being distracted while their brain was in control of his team’s car were unfounded, because concentration was needed only when changing the vehicle’s moving status, i.e. changing lanes or turning. Whether such an application would be enough to persuade drivers to get behind the wheel and control a car with their mind is far from certain, though.

The researchers say their initial idea was inspired by helping disabled people who are physically unable to steer cars. 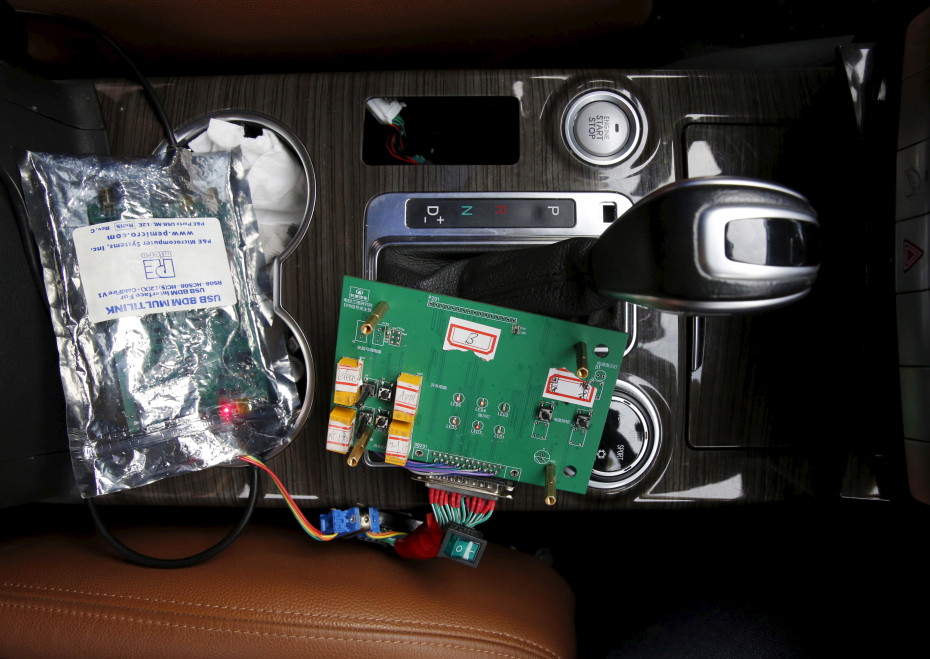 Above: A part of devices of a brain-controlled vehicle system is seen connected to a car during a demonstration at Nankai University in Tianjin, China, November 17, 2015. REUTERS/Kim Kyung-Hoon

“There are two starting points of this project. The first one is to provide a driving method without using hands or feet for the disabled who are unable to move freely; and secondly, to provide healthy people with a new and more intellectualized driving mode,” Zhang said.

At present the vehicle, in collaboration with Chinese car manufacturer Great Wall Motor, can only drive in a straight direction, and there are no plans to put it into production.