Google today launched Chrome 69 for Windows, Mac, and Linux, Android, and iOS, just a few days after the browser’s 10-year anniversary. The release includes a new design, more powerful omnibox, updated password manager, more accurate autofill, plenty of developer-specific changes, and a slew of security improvements. You can update to the latest version now using Chrome’s built-in updater, download it directly from google.com/chrome, or grab it from Google Play and Apple’s App Store.

With over 1 billion users, Chrome is a browser as well as a major platform that web developers must consider. In fact, with Chrome’s regular additions and changes, developers often must make an effort to stay on top of everything available — as well as what has been deprecated or removed.

Chrome’s new look, based on Material 2 principles, includes more rounded shapes, updated icons, and a new color palette. Prompts and menus have been simplified, while tabs are now shaped to make website icons easier to see. The Material 2 design applies to desktop and mobile, and on iOS the revamp includes moving the toolbar to the bottom “so it’s easy to reach.” Google has even dropped the HTTP/HTTPS protocol designator from the address bar, so URLs no longer start with that prefix.

Speaking of Chrome’s address bar, which Google calls the omnibox, it can now show you answers without having to open a new tab (including rich results on public figures or sporting events, instant answers like the local weather via weather.com, or a translation of a foreign word). If you search for a website in your omnibox, Chrome can now tell you if it’s already open and let you jump straight to it by clicking “Switch to tab.”

Chrome 69 can also more accurately fill in your passwords, addresses, and credit card numbers — all this information is saved to your Google account, accessible directly from the Chrome toolbar. Chrome’s password manager has also been improved: When it’s time to create a new password, Chrome for desktop can now generate a unique password, save it, and make that login available on both your laptop and phone.

It’s also now easier to personalize Chrome. You can create and manage shortcuts to your favorite websites directly from the new tab page (just hit “Add shortcut”) and customize the background of a newly opened tab with your favorite image.

Google isn’t stopping there. Now, with the release of Chrome 69, HTTPS sites no longer sport the “Secure” wording:

With the release of Chrome 70, HTTP sites will show a red “Not secure” warning when users enter data:

Chrome 69 also implements 40 security fixes. The following ones were found by external researchers:

Google thus spent at least $29,000 in bug bounties for this release. As always, the security fixes alone should be enough incentive for you to upgrade.

Chrome 69 includes new CSS tricks. CSS conic (angular/sweep) gradients allow color transitions around a center rather than radiating from it (examples). Logical margin, padding, and border properties now use standard names, specifically margin-{block,inline}-{start,end}, padding-{block,inline}-{start,end} and border-{block,inline}-{start,end}-{width,style,color}. CSS scroll snap positions are offsets in a scroll container’s visual viewport where scrolling will stop after each scrolling operation, improving the user experience by allowing scrollable zones to easily stop at predefined points and enabling common scroll patterns without JavaScript. And finally, display cutouts are now supported through the new CSS env() function (environment variables) and the viewport-fit meta tag, letting developers take advantage of the entire screen on devices that have a display cutout.

As with every version, Chrome 69 includes an update to the V8 JavaScript engine: version 6.9. It includes memory savings through embedded built-ins, WebAssembly’s new first-tier compiler Liftoff, faster DataView operations, and faster processing of WeakMaps during garbage collection. Check out the full list of changes for more information.

For a full rundown of what’s new, check out the Chrome 69 milestone hotlist.

Chrome turned 10 years old this past Saturday (September 2, 2018). To celebrate, the team has updated the browser’s Offline Dino Game that you can play when you don’t have an internet connection (you can also access the game by typing chrome://dino/ into your address bar). The “birthday edition” of Chrome’s Offline Dino Game will be available through the end of the month. 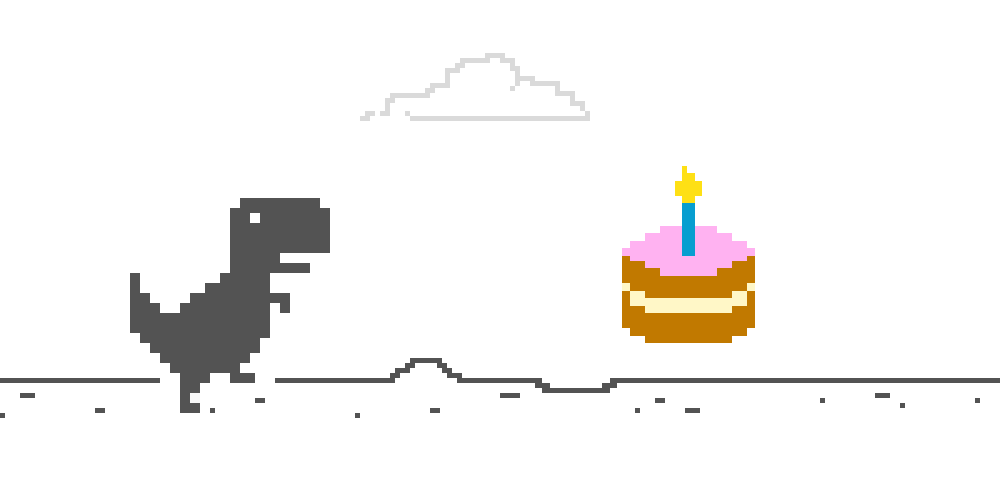 Google releases a new version of its browser every six weeks or so. Chrome 70 will arrive by mid-October.