In fact, Cisco is joining many companies that are upgrading their gear with new chips and hardware based on the new Wi-Fi networking standard: 802.11ax. Wi-Fi 6 routers deliver up to 4 times better performance than Wi-Fi 5, or 802.11ac.

Wi-Fi 6 will provide a huge boost in total network capacity and reliability and should improve speed, performance, and capacity for wireless networking in both homes and enterprises. Cisco noted that the internet of things (IoT) means we’ll have billions more devices connected to the internet, and the networking infrastructure is going to have to keep pace with that.

Cisco is also delivering an enterprise core switch built for cloud-scale networking. By coupling powerful automation and analytics software with a complete array of next-generation switches, access points, and controllers for the campus, Cisco wants to enable an end-to-end, wireless-first architecture. 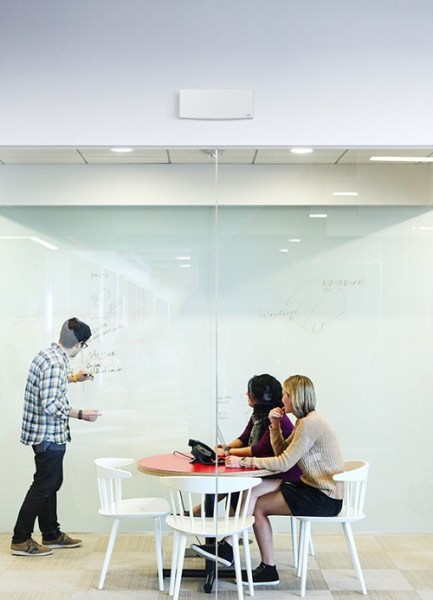 Above: Cisco is enthusiastic about Wi-Fi 6 enterprise networking.

Built on the same fundamental wireless innovations as 5G mobile wireless, these new standards will reshape how businesses and consumers interact with the world, Cisco said.

Cisco is launching new access points across the Catalyst and Meraki brand portfolios. With custom, programmable chipsets and access to analytics, these access points are smarter and also multilingual, with the ability to communicate with multiple IoT protocols, including BLE, Zigbee, and Thread.

Prior to the launch of its Wi-Fi 6 access points, Cisco completed interoperability testing with Broadcom, Intel, and Samsung to address the inevitable gaps that come with a new standard. Samsung, Boingo, GlobalReach, Presidio, and others are expected to join the Cisco OpenRoaming project to solve one of today’s biggest wireless pain points. The Cisco OpenRoaming project aims to make it easier to seamlessly and securely hop between Wi-Fi and LTE networks and onboard public Wi-Fi.

“Every leap in connectivity has delivered a wave of profound innovation. 5G and Wi-Fi 6 represent a new era of connectivity,” said David Goeckeler, general manager of the networking and security business at Cisco, in a statement. “Developers are already creating the next generation of wireless-first, immersive experiences. With billions of things connecting to the network, this growth will create unprecedented complexity for IT. Cisco is building a multi-domain network architecture to simplify complexity for IT, allowing CIOs to deliver against their innovation agenda.”