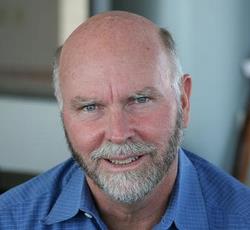 It’s finally all about him.

By “him,” of course, I mean J. Craig Venter, the iconoclastic scientist who had his entire genome sequenced, posted in a public database, and analyzed in a scientific paper published Monday in the online journal PLoS Biology. If for some reason you hadn’t heard, feel free to take a moment to read all about it in the NYT, the Washington Post, the Financial Times, Reuters, CNN, or any of the other 237 news outlets Google counted yesterday as having covered the story. (The number is far lower today for some reason.)

Ostensibly, all this hoopla is justified by the scientific insights into genetic diversity gleaned from Venter’s genome. These findings, however, are scientifically interesting but not exactly earth-shattering. (More below.) The sequencing has also been heralded as the beginning of a new era of “personal genomics,” although that’s exactly what some of the very same publications wrote when DNA co-discoverer James Watson received a draft sequence of his own genome back in June. (For background on personal genomics, the idea that we’ll eventually all have our genomes sequenced in order to suss out our susceptibility to various forms of disease, see this Scientific American article in PDF form.)

So yesterday’s supposed “milestone” might easily have gone largely unnoticed had the genome in question belonged to anyone but Venter, a scientist of seemingly insatiable ambition with skills and an ego to match. Venter’s genome is not only supposedly the first one to be sequenced in such detail, it may very well become the “reference genome” against which all others are measured. In other words, it’s entirely possible Venter’s genes will be with us always, a fact that isn’t likely to have escaped the man’s attention. When the NYT asked whether turning himself into humanity’s yardstick means Venter may have won the “genome race” after all, genome expert Edward Rubin demurred, saying only, “There is this long history of Craig’s vanity, which for much of the scientific community is irritating.”

Indeed. Venter, a one-time NIH researcher, was previously best known for heading up Celera Genomics in an attempt to sequence a human genome ahead of the NIH’s publicly funded Human Genome Project. That race that ended in a tie and with Venter, ironically enough, out of a job. (It also later turned out that about 60 percent of the Celera reference genome was based on Venter’s own DNA.) Venter, however, also ended up rich and has since founded his own research outfit — the modestly named J. Craig Venter Institute, which of course participated in the sequencing of its founder’s genome — and launched plans to build synthetic genomes in order to turn microbes into better biofuel producers. Next month, he’ll publish his autobiography, titled A Life Decoded: My Genome: My Life. (For dueling takes on Venter, see this July Forbes article by Matthew Herper and a defense of sorts in the the last third or so of Nicholas Wade’s NYT story.)

The real significance of Venter’s genome is that it has officially kicked off a new era of “celebrity genomics” in which we’re likely to see a progression of rich and famous people pony up the $100,000 it takes to glimpse their genetic future. (See, for instance, this Globe and Mail story; there’s more in-depth discussion at two very good genetics blogs here and here.) Various poobahs including Stephen Hawking, Paul Allen, Michael Milken, Larry King and Larry Page have already expressed interest in being sequenced. The first ten volunteers for Harvard geneticist George Church’s Personal Genome Project also generally appear to be pretty well-off, even if many are largely unknown outside of their respective fields.

Although many scientists appear alarmed about this development, I’m not exactly sure what all the fuss is about. The reason is simple: In this particular instance, the well-heeled make far better guinea pigs than the rest of us. For instance, it’s highly unlikely that they’d lose their jobs, healthcare or spouses if bad news pops up in their genes. They’ll also have the resources to wrestle with the ramifications of actually knowing what their genome foretells about their health and their likelihood of living to a ripe old age. And, of course, the rest of us will be watching and learning, because isn’t that what we do with celebrities?

That’s particularly important because “celebrity genomics” is almost certain to be a short-lived phenomenon. Sequencing costs are falling so rapidly that some enthusiasts believe it might cost only $1,000 to decode a genome within five years, at which point most anyone with the cash and the gumption can join the genomics club. Two startups already aim to help democratize access to genomic information, and more are probably waiting in the wings (see our coverage of 23andMe and Navigenics for details). About the worst thing you could say is that people inclined to mimic the rich and famous might want to get their genomes sequenced too, heedless of the potential consequences — not an inconsequential concern, but not exactly a disaster-in-waiting, either.

Whether or not the widespread availability of genetic information is likely to be a good thing, a bad thing, or just something we’ll all have to get used to is a subject for future posts. For the moment, I’ll just leave you with this thought: Some visionaries (or dystopians, if you prefer) are convinced that this train has already left the station, and that ultimately we’ll all end up sequencing and widely sharing our genomic information. Welcome to our brave new world.

Now, back to the science for a moment. The PLoS paper reports that Venter’s full genome provides a new picture of exactly how much humans differ from each other genetically. Recall that the two reference genomes published back in 2001 didn’t represent single individuals, but were pastiches of DNA from several people (Venter included, of course). What’s more, researchers blended those individual contributions into a single stretch of three billion DNA “letters” roughly equivalent to the 23 chromosomes you might inherit from either your mother or your father. Venter’s sequenced genome, by contrast, not only represents a single, unique person, it also fleshes out all 23 pairs of chromosomes. Such a “diploid genome” contains six billion DNA letters, and can illuminate the variation among each set of inherited genes while also showing how those genes pair up to create a variety of inherited traits.

As I mentioned above, what that shows is certainly interesting, at least to scientists. It turns out, for instance, that parental genes once thought to come in matched pairs can actually be wildly mismatched, with one inherited version facing off against two or three copies — or none at all — from the other parent. Venter’s genome also revealed a somewhat greater-than-previously-thought number of major variations within chromosomes, including missing genes, multiple copies of single genes, and so forth. (To be fair, other research teams were already working toward these findings using less-detailed genomic maps).

On the other hand, it’s something of a yawn for the average person. Consider the bottom line: We may share only about 99.5 percent of our DNA with other people, instead of the 99.9 percent that many scientists estimated several years back. Stop the presses.

UPDATE: Good news, everybody. J. Craig Venter is now blogging about his own genome, courtesy of CNN.