Dell just announced the planned acquisition of EqualLogic, a supplier of data storage for large companies, for about $1.4 billion in cash.

The deal is the largest ever cash purchase of a private venture backed technology company, according to data from VentureSource. See table below.

This could be painful for EMC. Dell it the largest distribution partner of Clariion, EMC’s product that competes with EqualLogic’s. “I’m sure [EMC Chief Executive] Joe Tucci woke up with headache,” said Greg Gretsch, managing partner at Sigma, an early investor at EqualLogic.

EqualLogic, based in Nashua, New Hampshire, is hot because it bet early on a new standard for storage systems called ISCSI, which allowed the building of so-called Storage Area Networks (SANs) on Ethernet. The technology, which makes storage Internet based and locally available, makes storage for large companies more efficient and less costly than alternative technologies.

EqualLogic is focused entirely on this market, while larger competitors EMC and Network Appliance have continued to serve older technologies, even if they’ve focused more aggressively on ISCSI of late.

This ends a long ride for EqualLogic, which almost accepted a $35 million offer in 2002, when the market turned downward and the outlook was bleak. Sigma’s Gretsch tells me that Sigma and CRV encouraged the company to slog on.

The company’s momentum developed in recent years, however, and in July it filed for an IPO. It was ready to proceed with the offering as of last week, but the company decided to postpone the IPO until tomorrow to see if Dell would make its offer — and it did.

EqualLogic opted for the purchase because of the risks inherent in being a public company. The investors were willing to take it public, but the management team decided the $1.4 billion in cash wasn’t such a bad thing. The company was profitable for the last year, and had $37 million in revenue for the most recent quarter. It signed up 500 customers last quarter, said Gretsch.

Sigma Partners and Charles River Ventures invested in EqualLogic in 2001, when the company was just a business plan and three people. So those firms did very well. Total invested was $50 million, which included money from Fairhaven Capital and Focus Ventures.

CRV owned 29.9 percent and Sigma owned 29 percent of the company, when it filed its IPO filing in July. Fairhaven had 16.1 percent and Focus Ventures had 9.5 percent. 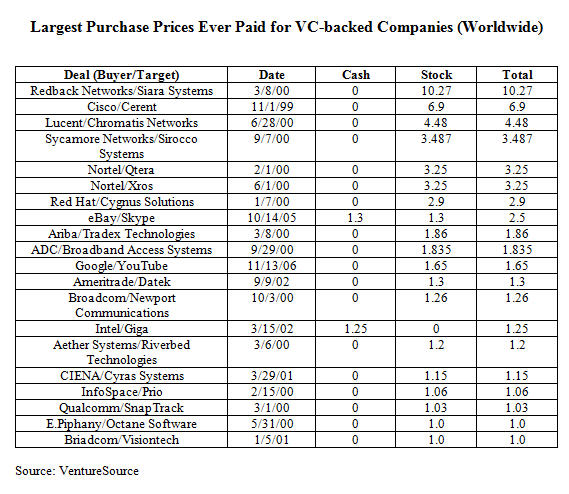