Trending in more ways than one, eBay announced it would be the latest Silicon Valley tech giant to expand to New York to explore new opportunities in Big Data.

Hot on the heels of Twitter, the e-commerce and payments company chose a 35,000 square foot space in the Flatiron district for its new technology center of excellence.

The new digs will house more than 200 new employees, including the Hunch team, a recommendations site eBay acquired in November. It comes as no surprise that Chris Dixon, co-founder of Hunch, will head up the new office dedicated to improving eBay’s recommendations engine.

Dixon told VentureBeat that the team of developers and data scientists would be focused on machine learning and analytics. In the future, he said this will create new revenue opportunities for eBay, Paypal, and other eBay companies.

According to Dixon, eBay is shopping for local acquisition opportunities to rapidly expand its New York operations. This is further momentum for the city’s burgeoning tech scene, which has recently seen an influx of designers, developers, and venture capitalists.

“Google was a pioneer in NYC and now has thousands of developers here,” said Dixon. Now, he added, “eBay, Facebook, and other big tech companies are taking NYC seriously.”

Google has over 1,000 workers in its office in the Meatpacking District. Twitter’s office, located a stone’s throw from Facebook’s New York headquarters, was opened with much fanfare by Mayor Bloomberg. 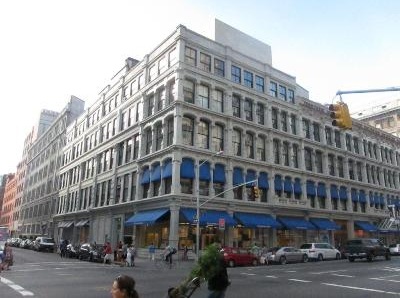 New Yorkers fear that the growth of these new development shops will lead to a talent crunch. As in Silicon Valley, engineers are in high-demand. “In the short term, eBay’s expansion will make talent even scarcer,” said Lylan Masterman, product lead at fast-growing adtech startup, DoubleVerify.

In the long-run, however, Masterman said eBay’s announcement will draw more talented people to New York. “This city is a strong force in the startup and tech scene that is growing incessantly and that is stealing talent, jobs, and prestige from the Bay Area.”