At-home medical tests make a lot of sense. For patients, the benefits are obvious: They’re much less laborious than exams that require driving to a nearby emergency room, doctor’s office, or hospital. As for clinicians, who perform over seven billion lab tests in the U.S. annually and use 70% of those tests in medical diagnoses, they thin out waiting rooms and help staff prioritize urgent cases.

So it’s not terribly surprising that Austin, Texas-based EverlyWell, which has been selling and processing at-home health tests since 2015, had no trouble attracting a fresh round of funding. It today announced that it’s raised $50 million in financing led by Goodwater Capital, with participation from Highland Capital Partners, Next Coast Ventures, NextGen Venture Partners, and others. It follows on the heels of seed rounds totaling $5 million, and brings EverlyWell’s total raised to $55 million.

The fresh capital will be used to expand the company’s platform and scale its brand partnerships, said founder and CEO Julia Cheek. Currently, it distributes test through CVS and Humana in addition to its online storefront, and in April, Target began selling nine of its products in over 1,600 of its stores. 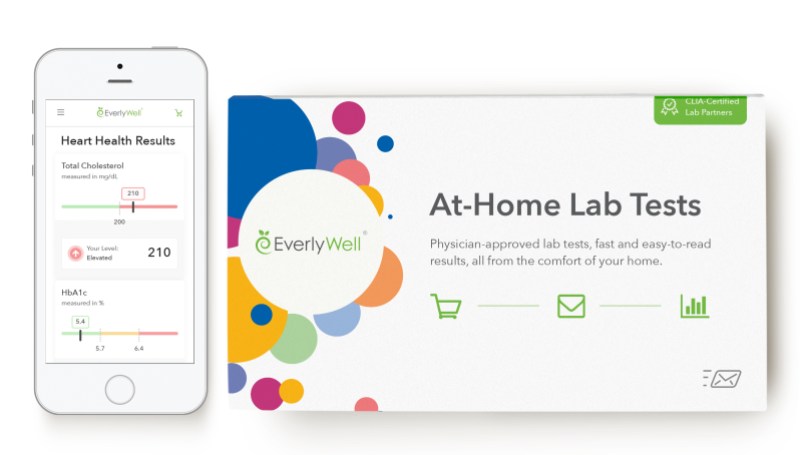 “We’re building the definitive technology-enabled health care platform that consumers deserve and have already come to expect in other areas of their lives,” said Cheek, who formerly served as vice president of corporate strategy at MoneyGram. “As high-deductible plans become the norm, consumers are becoming discerning buyers who look for seamless, digitally enabled experiences.”

Prices range from $50 to $400, though most can be paid for with flexible spending and health savings accounts. EverlyWell doesn’t, however, accept Medicaid, and it isn’t contracted with any insurance companies, although it notes that some tests might be partially covered by insurance.

All of EverlyWell’s kits contain registration information, printed step-by-step instructions, sterile collection tools, and prepaid return shipping. Five business days after samples reach one of EverlyWell’s CLIA-certified partner labs (or up to 10 business days during peak volume, depending on the test), they’re processed and reviewed by an independent physician before the results are delivered via smartphone apps and a web dashboard, accompanied by insights, suggestions, and next steps.

Tests are available in 46 U.S. states for customers over the age of 18. State regulations prohibit EverlyWell from shipping kits to buyers in New York, New Jersey, Maryland, and Rhode Island, but it says it’s working to expand to more territories in the future.

According to Cheek, EverlyWell’s kits provide health care services that some patients wouldn’t otherwise be able to afford. “Customers tell us daily that we’ve changed their lives,” she said. “Americans borrowed a staggering $88 billion to pay for health care last year, and 65 million people avoided treatment due to cost.”

It appears to be a winning business model. EverlyWell says it’s experienced 300% year-over-year customer growth and expanded its product line to offer 35 panels, including first-to-market tests in fertility, vitamins, peri- and post-menopause, and high-risk human papillomavirus. In addition, it recently launched an end-to-end care model with independent physician consults and prescriptions for select sexually transmitted diseases and Lyme disease testing, included in an upfront price before purchase.

“Lab testing is arguably one of the most important steps in preventing and managing illness, but has been largely ignored by digital health companies,” said Eric Kim, managing partner at Goodwater Capital. “With a clear consumer pain point and a strong executive team that integrates both consumer and health care expertise, EverlyWell is successfully navigating [the $25 billion diagnostics industry] to offer consumers an opportunity to take charge of their own health.”

As part of today’s announcement, EverlyWell appointed Dr. Robert Langer, who has the very rare distinction of having received both the National Medal of Science and the United States National Medal of Technology and Innovation, as the head of its scientific advisory board. Last year, it brought on former uShip CTO Nick Parker as CTO, named former Pinterest executive Jenifer Dasho as CMO, and added Dr. Marra Francis as executive medical director.