A face recognition app called FindFace is sparking controversy in Russia over the destructive power of new technologies with regards to user privacy.

The service, which was meant to facilitate making new friends, has been used to identify and harass women who have previously appeared in pornographic films, as reported by Advox (Global Voices).

Elsewhere, an experiment dubbed “Your Face Is Big Data,” carried out in March by young artist Egor Tsvetkov, confirmed how invasive the technology can be. After photographing random passengers on the St. Petersburg subway, Tsvetkov used FindFace to match the pictures with Vkontakte pages.

“In theory, this service could be used by a serial killer or a collector trying to hunt down a debtor,” Tsvetkov wrote. (See detailed reports in Russian or in English.)

On the legal borderline

In an exchange with TJournal, FindFace representatives said that they received dozens of complaints about misuses of the service — which cannot be fully prevented by technical means, according to them.

However, distributing pornography in Russia is a felony, they added. “And we’re prepared, if necessary, to provide any information needed to find the users responsible for this harassment.”

On the other hand, the user agreements on Vkontakte and other social networks imply that registered users consent to all processing of the personal data and images they make publicly available, legal analyst Damir Gainutdinov pointed out in an interview with Russian news site Meduza. 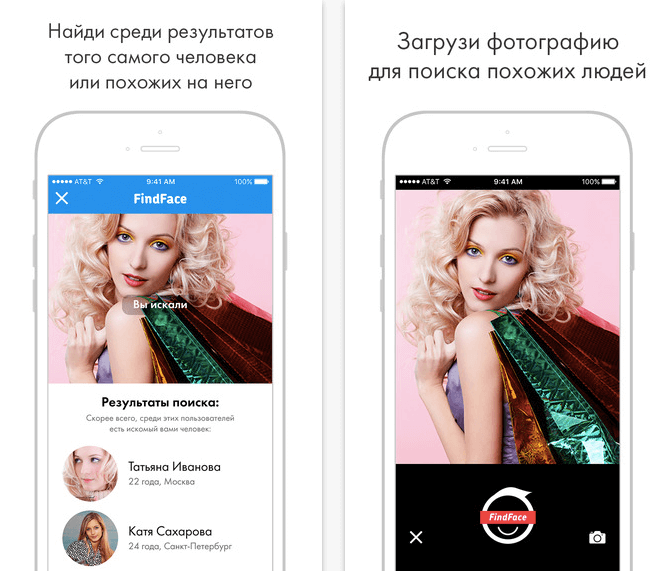 “For instance, Paragraph 5.8 in Vkontakte’s user agreement says the website’s administrators have the right to share such information with developers and third-party services and apps,” Gainutdinov said.

“Ultimately, FindFace doesn’t differ fundamentally from image searches offered by Google, or word searches available on Yandex. For that reason, the only real way to protect yourself is to remember that everything you put online can become accessible to everyone. You can also turn to the law on personal data, which allows individuals to ask websites to report how exactly they manage their personal data. And you can also demand that they delete and cease processing this information,” the legal analyst added.

In November, N-Tech Lab won the MegaFace Benchmark, a world championship in face recognition organized by the University of Washington. The challenge was to recognize the largest number of people in a database of more than a million photos.

With a recognition accuracy rate of 73.3 percent, the Russian startup bypassed more than 100 competitors, including Google with its program FaceNet.

Cited by the Russian media soon after his victory, N-Tech Lab’s founder Artem Kukharenko envisioned a variety of applications for his technology — from identifying criminal suspects to automatically monitoring fans at mass sporting and cultural events.

He also envisioned “a dating service allowing people to search for someone with particular features.”