Following the release of Firefox 34 on December 1, Mozilla today updated the beta version of its browser to version 35 for Windows, Mac, Linux, and Android. Firefox Hello has been improved, H.264 (MP4 files) playback has been added to OS X, and Android users finally have integration with the operating system’s download manager.

In Firefox 33 beta, Mozilla introduced an experimental WebRTC feature that let users of the browser make free voice and video calls without needing to download additional software or plugins, nor create an account. The feature was further improved in Firefox 34 beta (it’s now powered by the OpenTok real-time communications platform from TokBox, owned by Spanish carrier Telefonica) and then finally launched as part of Firefox 34.

In Firefox 35 beta, Mozilla has simplified the call process by eliminating some steps. Now, when you start a conversation, a window opens showing a self-view until the person you have invited clicks on the link and joins you. When they do, you’ll be notified with an audio alert and the Hello icon will light up. 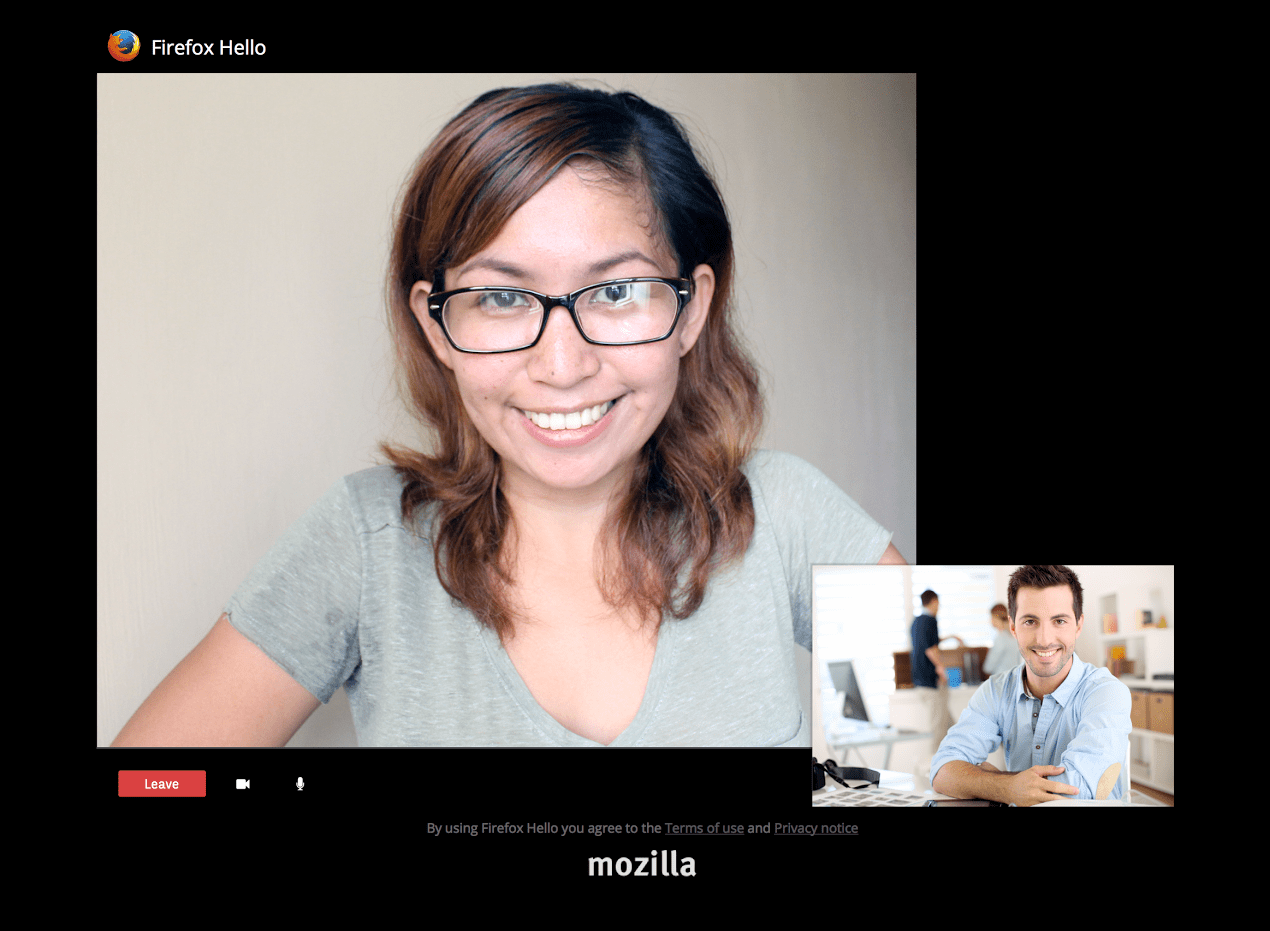 Each conversation window has its own unique URL — you can create multiple conversations and name them for different topics, which should make it easier to go back to the people you speak to regularly (no need to create a new link each time). The best part is that this feature also doesn’t require setting up an account.

That said, direct calling isn’t going away. If both parties have Firefox accounts, you can still call each other directly.

Mozilla calls Firefox Hello “the first global communications system built directly into a browser.” Not only does Mozilla ensure users don’t need to hand over personal information to use its free communication service, but you don’t even need the same software or hardware as the person you want to call, since WebRTC is compatible with Chrome and Opera browsers as well.

These improvements are certainly notable, though it’s still too early to say how well Firefox Hello is doing. Many Firefox users are likely to try it, but they may not choose to continue using it over Microsoft’s Skype or Google’s Hangouts.

Hello aside, Firefox 35 beta also brings with it built-in support for H.264 (MP4 files) on OS X. The feature is available through native APIs on Snow Leopard (10.6) and higher.

As always, there are lots of changes developers should take a closer look at.

While Firefox 35 beta is a bigger release on the desktop, the Android app is still getting some notable improvements. The biggest one is probably that the browser now integrates with Android’s download manager.

Here is the full Firefox 35 beta for mobile changelog:

Mozilla is planning to release Firefox 35 in mid-January.