Google has announced an experimental project in conjunction with Germany’s Zalando that will enable users to create virtual 3D fashion designs.

Founded out of Berlin in 2008, Zalando is a Zappos-style ecommerce fashion platform operating across more than a dozen markets in Europe. Now, courtesy of a new initiative called Project Muze, the company has turned to machine learning as it explores the potential of algorithms in clothing design. 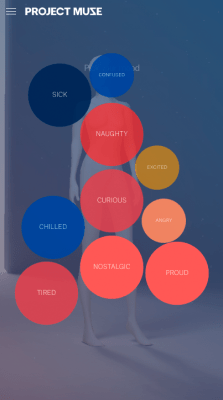 For the initiative, the company has found a valuable bosom buddy in the form of Google, which launched a new machine-learning system called TensorFlow back in November and made it available for any developer to use. It’s this system that Zalando is tapping for Project Muze.

Created in partnership with U.K.-based digital design studio Stinkdigital, Project Muze constitutes a specially built engine that uses a neural network trained with the design preferences (color, texture, and style) of more than 600 fashion “trendsetters” and features data from the Google Fashion Trend Report, in addition to styles that have trended on Zalando itself.

Companies across the technological spectrum are increasingly turning to machine learning to build better technologies for consumers. For example, predictive typing keyboard company SwiftKey, which was recently acquired by Microsoft, is working on a sophisticated back-end built around A.I. This includes artificial neural networks (ANNs) that are more directly based on the structure and workings of the human brain. And Facebook, too, is doing a lot with machine-learning, particularly in the image-recognition realm.

Google has used machine-learning across myriad products, including Translate and Photos, and with this latest experiment, it’s delving deep into the fashion fraternity to see what comes of it. “It’s like being the muse for your own clothing — your personality and interests become the inspiration for unique designs,” explained Achim Rietze, strategy lead at Google’s ZOO team for EMEA, in a blog post.

Project Muze is debuting at a Berlin trend show called Bread&Butter this week, and those present will be able to participate in the experiment through tablets and on a big screen. For everyone else, you can get involved by heading here, where you’ll be asked a handful of questions to get the ball rolling.