Google today updated its Google Drive app for iOS with improvements specific to iOS 8 and other new features. You can download the new version now directly from Apple’s App Store.

Google says Drive is now “optimized for iOS 8” — this refers to implementing features only available on Apple’s latest operating system version. Nevertheless, it’s worth noting that the app also now scales properly on iPhone 6 and iPhone 6 Plus displays, which of course ship with iOS 8. 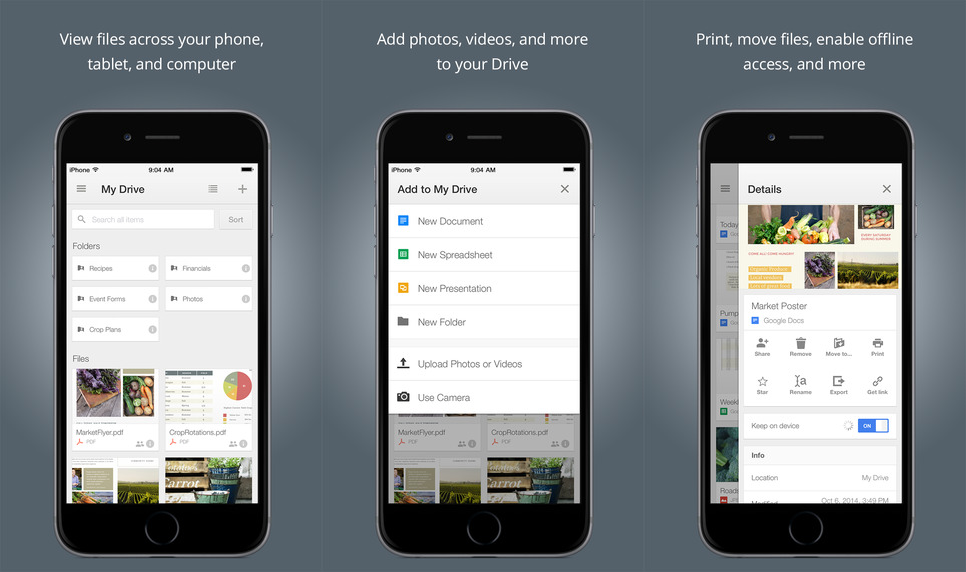 The biggest addition for devices running iOS 8 is the fact Google Drive now lets you open files in other apps. When you’re done, you can also save them back to Google Drive, which will in turn sync them across your other devices. If this sounds familiar, that’s because the Chrome extension released yesterday offers the exact same functionality.

The second iOS 8 feature is Touch ID support for unlocking Google Drive. If you prefer using your finger, you can now do so instead of using the Passcode Lock feature, though that option is still available.

The last feature worth noting is for all iOS versions. You can now save videos from Google Drive to your device’s camera roll (surprisingly, this wasn’t available before). To do so, just tap the File Info icon, hit Open In, and choose Save Video.

The full Google Drive 3.3.0 for iOS changelog is as follows:

The version number might not reflect it, but this is a major release. The cloud storage wars are heating up, and Google is trying to get a stronger hold on Apple’s platform.