Following the launch of Inbox on October 22, Google this week also quietly released a Chrome app for the service. You can download it now directly from the Chrome Web Store.

The app was first spotted by Inbox Guru, which incorrectly referred to it as an extension. In case you’re not aware of the difference, extensions have little or no UI component and extend either the functionality of Chrome or the websites being viewed in it, while apps run inside the browser with a dedicated user interface to (hopefully) provide a richer experience.

In this case, however, the app is just a “glorified shortcut” – at least until Google starts adding new functionality to it. Right now, the app includes all the service’s main features (including bundles, highlights, reminders, snooze, and search), but all it really does is place a shortcut in your Chrome App Launcher: 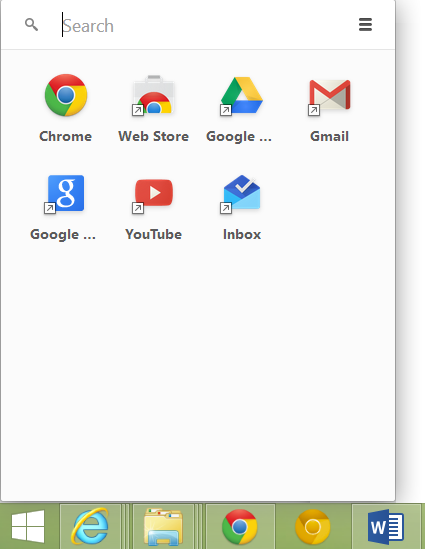 Clicking this shortcut merely directs the user to inbox.google.com. This might be useful if you actually use the app launcher in Chrome, though you could of course just create a shortcut in your bookmark bar and achieve the same thing.

For Chrome OS users, however, the app may be useful as it can be opened in its own dedicated window. If you’re already using Inbox on your Android or iOS device, you’ll appreciate Google’s Material Design on a bigger screen.

We assume that if Inbox succeeds (unlike Google Wave, the company’s last attempt to fix email), Google will add Web and desktop-specific features to the app. After all, the service is currently only available to Chrome users.

Here’s what happens if you try launching Google’s Inbox in Internet Explorer, Firefox, or any other browser: 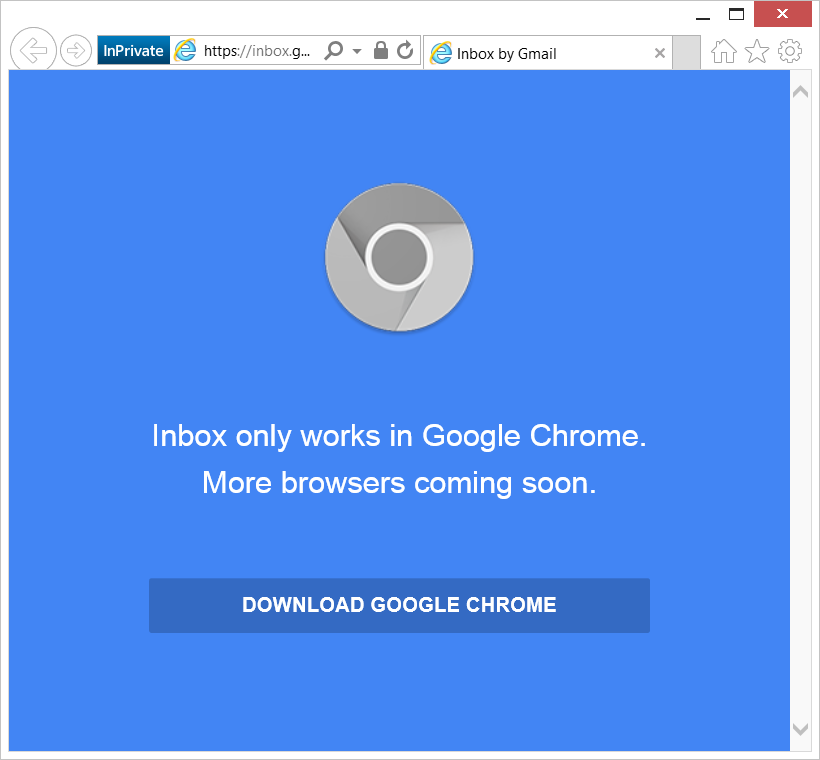 Once “soon” comes and goes, Google will probably want to push new features to Chrome users first. This is nothing new for the company: While it does work to support the latest Web standards, the company also has no problem prioritizing its own browser for certain offerings.

You can read our hands-on of Google’s new service here. Inbox and its Chrome app still need an invite, which you can request by sending an email to inbox@google.com or asking a friend who has already gotten in.