Google is giving Google Maps a handful of updates today to help commuters get to work with minimal aggravation.

One of the issues time-pressured travelers face is not knowing where their bus or train actually is while they are waiting, despite what the timetable may say. Many cities already make public transport data available to developers, meaning you can access myriad third-party apps to see where your bus or train is in relation to its scheduled arrival. Moving forward, however, Google Maps itself will now show where your chosen mode of transport is in relation to you — allowing you to see whether you need to speed things up a little as you make your way to the train or bus stop.

Above: Google Maps: Where’s my bus?

This feature will be landing in 80 cities around the world, and commuters in Sydney, Australia will also be able to see how full their next bus or train is so they know whether they will need to stand or not. Google said this feature will be arriving in other cities at a later date.

Underpinning this update is a new “commute” tab within the Google Maps app that provides easy access to live traffic and transit information specific to your journey. You can basically plug in your home and work addresses and Google Maps will always know where you are coming from and going to when you hit that tab.

If you drive to work, for example, Google Maps will offer up a recommended route, alternative routes, and real-time updates as things change. Those using the Android app will receive notifications about any delays on their route.

If you prefer to mix and match your modes of transport, you will also see real-time contextual information for each stage of your journey. This means you can check the traffic as you are driving to the station and see when the next train is scheduled to leave. Google Maps will also tell you if there are any changes to the norm, if the schedule has changed due to factors such as maintenance work or other interruptions. 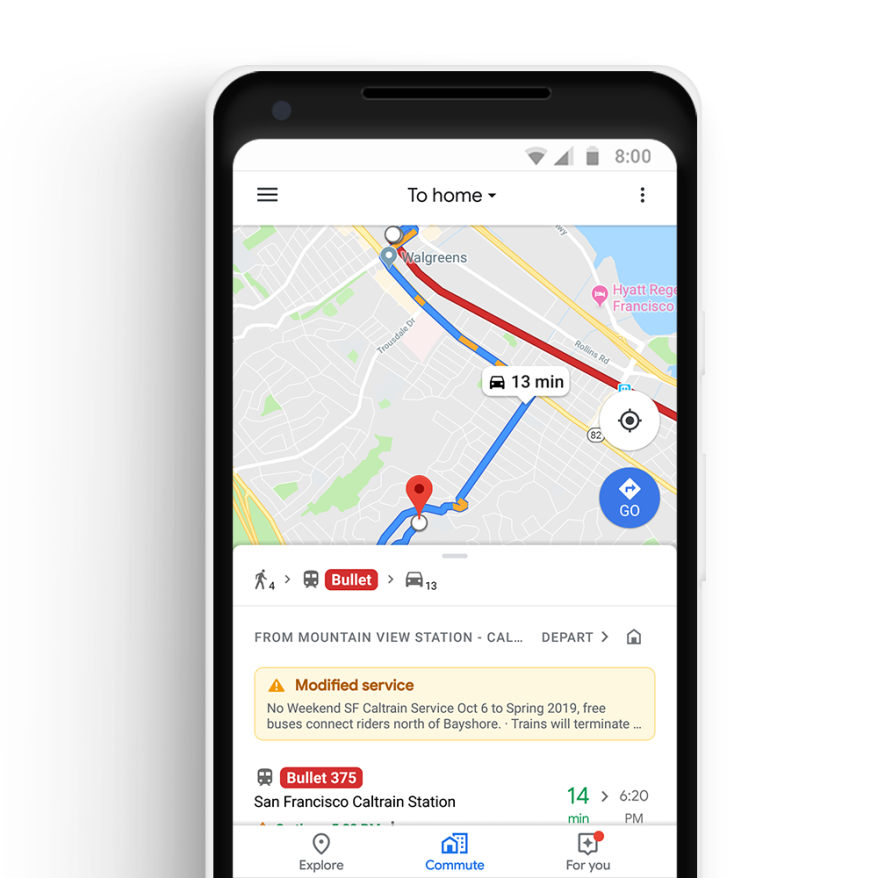 Related to this, but by no means limited to those who are commuting, Google Maps will also now integrate with music-streaming services such as Spotify, Apple Music, and Google Play Music — which means you can control your music without leaving Google Maps. On Android, Spotify users will also be able to search for songs through the Google Maps interface.

It’s worth noting here that Google’s other navigation app, Waze, already integrates with Spotify, but ushering the functionality into the core Google Maps app is a logical extension. While the feature is convenient for any commuter or traveler, it will perhaps be most appreciated by drivers, as it will save them toggling between multiple apps while trying to concentrate on the road.

“If you have to sit in traffic, you may as well do it while listening to good music,” said Google Maps product manager Ramesh Nagarajan in a blog post. 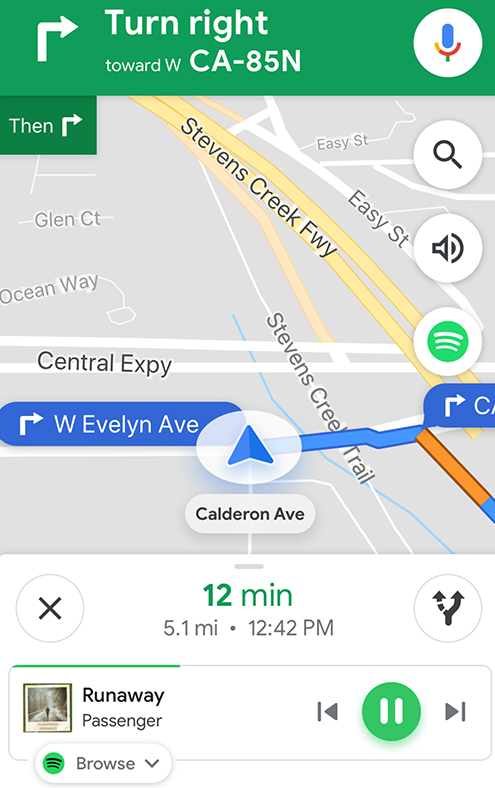 Commuters spend an average of 40 minutes a day traveling to and from work; however, that global average does not hold true for those in bigger and busier cities. London commuters, for example, travel 74 minutes on average each working day, which works out to around 28 hours some months. To put it another way, some people in London spend the equivalent of more than three working days a month just traveling for work, and it’s a similar story in other major business hubs around the world.

These new Google Maps features, which will be arriving this week on Android and iOS, won’t put a huge dent into that, but they should cut down on some of the annoyances of getting to and from work.

“Commute data in 25 North American cities tells us daily commute times during rush hour traffic can be up to 60 percent longer than what you expect when you start your drive — resulting in a lot of stress, missed meetings, and skipped breakfasts,” noted Nagarajan in a blog post. “According to historical Google Maps data, people in North America spend a full day per month commuting — which almost adds up to a two-week vacation each year.”

These latest rollouts come less than a week after Google launched a new group planning feature in Google Maps that lets users create a shortlist of places to go with friends — such as restaurants or bars — and get the others to weigh in with a vote.