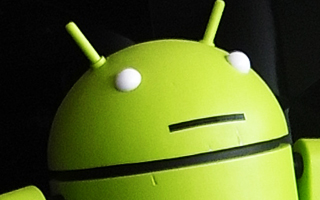 In Oracle’s patent lawsuit against Google, the latter company has made a surprising concession: It might be willing to settle.

If Oracle’s claims (that Android violates patents in Oracle’s Java programming language) are found to be valid in a trial, Google could end up paying between $1.4 and $6.1 billion, depending on whether the alleged infringement was willful or unintentional.

Google’s most recent statement hinting at the possibility of an out-of-court settlement, which was tellingly made in a publicly filed document rather than in private talks with Oracle, suggests that Google thinks it might save a few billion dollars by giving Oracle some ideological leeway.

Free and open-source software (FOSS) advocate and IP law expert Florian Mueller told VentureBeat in an interview that althought Google has “pushed the envelope” on patent law with smaller companies — such as former Java owner Sun used to be before it was acquired by Oracle in 2009 — it won’t have the same leeway with a giant like Oracle.

“I don’t think Oracle wants to kill Android,” said Mueller, “but what it does could nevertheless have major impact.”

Last year, Oracle asserted that Google had knowingly and willfully infringed on Java copyrights and patents in its creation and distribution of the Android platform.

Google first embarked on a rather facile line of defense, invoking the fact that Oracle’s Java programming language is open-source software. Later, the company stated that no patents were violated, and if they were, the fault lay with third parties, not with Google.

However, this hard-and-fast rejection of fault is beginning to waver. In Google’s most recent filing, the company stated that certain conditions in the proceedings would “make it more likely that the parties could reach an informal resolution of the matter.” For the first time, Google is entertaining the possibility of settling out of court — in exchange for Oracle dropping some of its claims and, perhaps, its option to collect a per-unit royalty.

The trial is slated to start in October and continue for three weeks. Google is requesting a stay of the case, a move Oracle vehemently opposes.

Seven patents and a string of copyright claims are in question at the moment. Currently, the U.S. Patent and Trademark Office (PTO) has issued non-final rejections against four of those seven patent claims, and two of the claims are up for reexamination. One claim has been confirmed as valid by the PTO.

“Oracle wants to make a substantial amount of money,” said Mueller, “and Google may not be able to meet Oracle’s demands without being forced to change Android’s business model in terms of abandoning the current royalty-free approach in favor of a license fee that would have to be passed on to device makers.”

Oracle’s per-unit requests surfaced early in the suit, and given that, according to Mueller, Google makes less than $10 per Android device, any per-unit fee would have a significant impact on the Android bottom line.

Microsoft, meanwhile, has signed patent-licensing agreements with the manufacturers of many Android phones, with the ironic result that Microsoft makes more money from Android than it does from Windows Phone 7.

We’ll continue to monitor this case as it evolves.