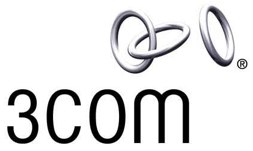 Computer giant HP said today it has agreed to acquire networking company 3Com for $2.7 billion in a deal it says will create a “networking industry powerhouse.”

Significantly, the move is a frontal attack on Cisco, the Silicon Valley networking giant that has long dominated the business of selling routers and other products to large companies. 3Com sells networking switching, routing and security solutions that are competitive to Cisco.

HP’s executives didn’t beat around the bush about this: Companies are looking to “break free” from the business limitations created by a networking industry “dominated by a single vendor,” said Dave Donatelli, HP’s executive vice president and general manager of enterprise services and networking.

3Com, of Marlborough, Mass., has struggled to find growth since the Internet boom collapsed a decade ago. The company has recovered considerably over the past year in part after investing in China to lower its cost structure.

HP is paying $7.9 percent a share, or a 40 percent premium on the networking company’s stock price.

The deal makes sense, analysts said, because 3Com’s newly competitive products can link with HP’s global channel to give 3Com’s products more reach into both enterprise and small businesses.

HP called the deal a way to let it offer services from “edge to data center,” referring to the reach from a user’s personal computer (edge) all the way to the corporate IT center (data center).

The company says its strategy is built on the “convergence of servers, storage, networking, management, facilities and services.”

The acquisition of 3Com will dramatically expand HP’s Ethernet switching offerings, add routing solutions and significantly strengthen the company’s position in China – one of the world’s fastest-growing markets – via the H3C offerings. In addition, the combination will add a large and talented research and development team in China that will drive the acceleration of innovations to HP’s networking solutions.

The transaction is expected to close in the first half of calendar 2010, the companies said.