As smartphones have matured over the past several years, phone makers have increasingly struggled to differentiate and, ultimately, innovate. This pressure to break new ground is partly responsible for the recent foldables revolution, though Samsung’s calamitous Galaxy Fold launch has made it clear some companies are putting their reputation on the line in the fight to be first.

It’s against this backdrop that Huawei sub-brand Honor teased some details of its forthcoming series 20 smartphone launch. We now know that the lineup will constitute three phones: the Honor 20 Lite, the Honor 20, and the Honor 20 Pro. While Huawei has now officially launched the first of these devices — the Lite goes on sale for around $325 early next week — the company revealed just a handful of specs for the latter two devices ahead of an official unveiling in London on May 21.

We now know that the Honor 20 and Pro will each have a 6.26-inch “all-view” display and sport a 91.6% screen-to-body ratio and a 4.5mm punch-hole selfie camera. Notably, the company shared that the phone’s fingerprint sensor will be positioned on the right-hand edge of the frame to “complement the natural placement of fingers when one picks up a phone.”

As a user typically holds their phone one-handed, with either their thumb or forefinger resting against the edge of the device, this does feel like a more natural way to unlock or authenticate an app.

Historically, fingerprint readers have been placed either on the front bezel or the back of the phone. But with phone makers working to increase screen real estate while keeping the biometric ID system in line of sight, last year ushered in myriad smartphones with fingerprint scanners embedded directly into the display. Chinese smartphone company Vivo was among the first to launch a device with in-screen fingerprint smarts and was joined by the likes of OnePlus and Honor with the View20.

It’s worth noting that side-mounted fingerprint readers are not a completely new concept. Sony offered this design with the Xperia Z5 back in 2015, while other companies — including ZTE, Nextbit, Meizu, Samsung, Razer, and Honor — have introduced devices with similar biometric scanner positioning. But the Honor 20 and Pro launch represents part of a broader trend across the smartphone landscape as OEMs try to figure out the optimal position for various functions and features.

The move toward bezel-less designs gave birth to the contentious notch cutout, which companies are now increasingly pushing against with a little embedded pinhole camera. But that too has its critics, given the blemish it creates on the display, which is why sliders are reappearing, alongside devices with pop-up selfie cameras. 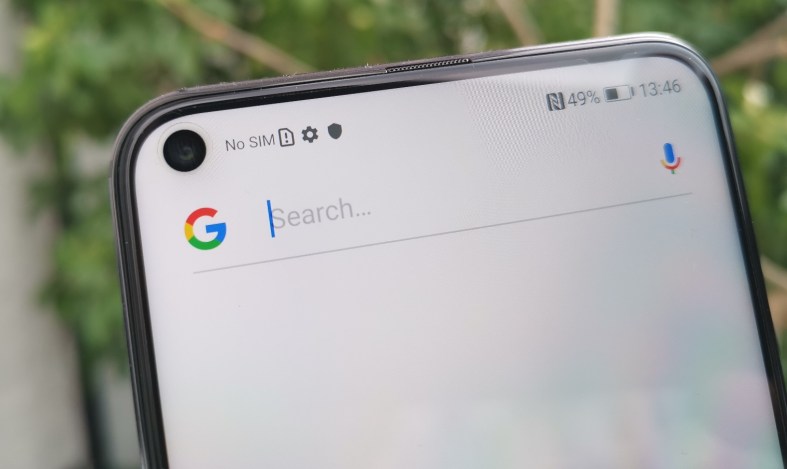 Last month, Samsung unveiled the Galaxy A80, which features a slide-up rotating camera that doubles as the front- and rear-facing shooter — it swivels around to face the front when the slider is activated. The upshot? No notches, and no annoying cutouts.

Again, Samsung wasn’t the first company to bring a rotating mobile phone camera like this to market — Oppo released its N1 device back in 2013 with a similar design. But the Galaxy A80 brings the promise of triple-lens, high-quality smartphone photography to the mainstream — for selfies, landscapes, and everything in between.

And this is what Huawei’s Honor 20 and Honor 20 Pro could represent: a culmination of recent iterations and developments in smartphone technology. The company may not have revealed the full specifications for the devices, but you can bet your bootlaces the flagships will feature all the latest camera smarts — the usual AI-infused software, a high-megapixel camera, and, as the latest leaks suggest, a quadruple lens setup.

Putting a fingerprint reader on the side isn’t innovative in itself, but combined with all the other developments, it perhaps brings us a little closer to the optimal phone design. It’s evolution, not revolution.