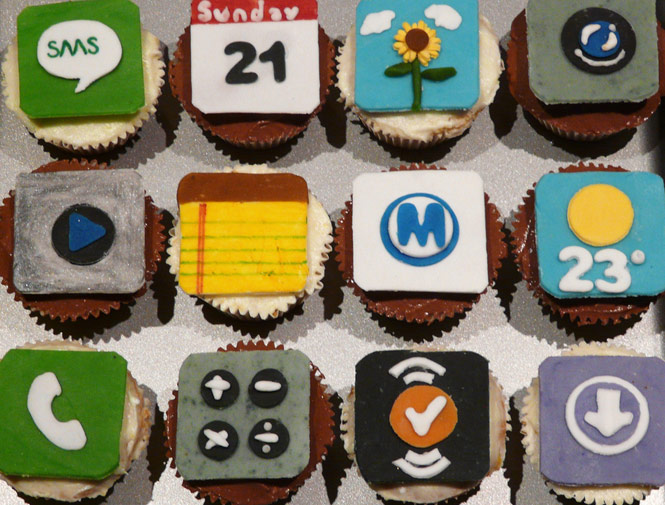 This morning at ZendCon, Zend chief executive Andi Gutmans announced that Zend Studio 10 will let PHP developers prototype and build native mobile apps right from the language they know best, PHP. The new capability includes a WYSIWYG drag-and-drop mobile interface builder, integration with the Apache project’s Cordova to access native mobile APIs such as those for cameras and accelerometers, and built-in PhoneGap integration so developers can publish native app packages to the various app stores. 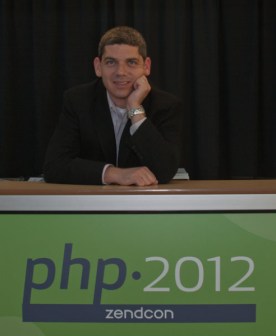 This is a major game-changer for PHP developers, who until now have been shut out of the mobile app revolution. Apps for iPhone and iPad are coded in Objective-C, while apps for Google’s Android mobile operating system are built in Java. This new announcement means that millions of new developers have just been invited to the mobile development party.

“We’re the only vendor that is really taking a really strong approach on this,” Gutmans told me last week in a sneak preview. “This is a seamless development experience.”

This new capability, Gutmans said, allows developers to build out backend code and front-end interface at the same time. That’s actually the hard part, according to Zend SMO Elaine Lennox.

“Modern apps connect to multiple different back-end systems such as CRM systems, cloud services, and social networks. With all these different data services in lot of different places, wiring them together can be harder to build than the app,” she said. “But now, a developer can go into Zend studio, create the front-end with a WYSIWYG interface builder, and connect it all on the backend.”

But it’s not just about mobile.

Instead, Gutman’s vision is about two massive revolutions: mobile and cloud. The new Zend Server is built for cloud, whether developers use Amazon, Rackspace, Windows Azure, or other clouds. In the new development architecture, apps access clouds, which then access APIs, social services, or SaaS options such as Salesforce.

“We’re giving you a common workflow between client and cloud for building mobile apps,” Gutmans told me. “We’re defining a new architecture: cloud service architecture. I think it’s completely a first … I haven’t seen it before.” 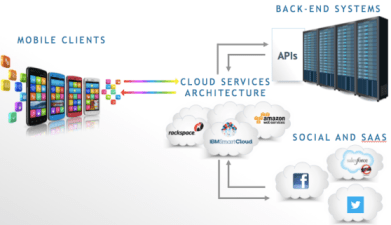 Above: Zend’s view of the mobile app

Andi Gutmans, who is also one of the primary authors of the PHP language, had hinted at new mobile options for PHP developers to VentureBeat three weeks ago.

Zend and PHP have made significant inroads into the enterprise market in the last few years — Gutmans told me that “when we go up against Java or .Net, we win — and the new integrated development environment for mobile, cloud, and business applications is part of a new mobile-first push for the company.

Citing a study saying that mobile development projects will outnumber PC-focused projects by four to one, and that the world will have 7.4 billion mobile devices by 2015, Gutmans wants to help enterprises create “composite” apps, apps that combine intelligence from internal business systems, external networks and applications, and personalizations to individual users.

The new Zend Studio will allow drag-and-drop connection to various cloud services as well as the visual creation of mobile interfaces, allowing developers to manage all the components of development for complex, connected mobile apps up in one interface.

And that’s going to give PHP developers — and PHP-using enterprises — a massive new opportunity to use familiar tools to create new experiences for users in the office, and out.