A new space race is afoot, and it’s all about big data and AI. Hypergiant, a startup that launched just over a year ago, intends to win it — or at least part of it — by creating “a vertically integrated geospatial intelligence and infrastructure capability” that Fortune 500 companies and large government agencies can employ to glean information and insights. Basically, the company is sending small satellites into space, gathering data from Earth, applying machine learning, and turning the resulting intelligence and data into a lucrative business. Hypergiant already has a number of clients, but it’s now applying its extraterrestrial efforts to the decidedly terrestrial field of oil and gas.

In an email to VentureBeat, Hypergiant founder and CEO Ben Lamm laid out the structure of the market.

“Right now, the race and the money is still in getting to space. But that’s short-sighted,” he said. “The value comes when you get there, and in the business of looking back at Earth. In other words, you need money to get out, you make money looking back. The way I would think of it is in phases — orbital infrastructure, orbital applications and services, and orbital intelligence.”

He said getting to space at all is essentially an infrastructure issue, which is one of the reasons Hypergiant bought SEOPs and its small launch vehicle IP. The next step is adding intelligence to create smart satellites. “This is more and more where AI and space start to collide; not only do we need smart data and smarts to apply to our data, we need intelligent devices to start collecting that data,” said Lamm.

Then there’s an application and services layer that enables technologies like IoT and broadband to deliver actionable insights with artificial intelligence. “This is where the Orbital AI and intelligence comes in,” said Lamm. “The winners here, and ultimately the winner overall, will be the one who gets that [orbital] data.” This satellite-based Earth Observation (EO) market is predicted to hit $6.9 billion annually by 2027, and $54 billion cumulatively over the next decade.

Hypergiant wants to use that data and machine intelligence to help customers solve problems. The company claims two competitive advantages. One is the vertical integration of an end-to-end system that runs from infrastructure to product. The other is not just the data itself — which is hard to come by and is “rare and of highly strategic value,” said a Hypergiant representative in an email — but the AI-powered insights that let Hypergiant solve specific problems for its customers. 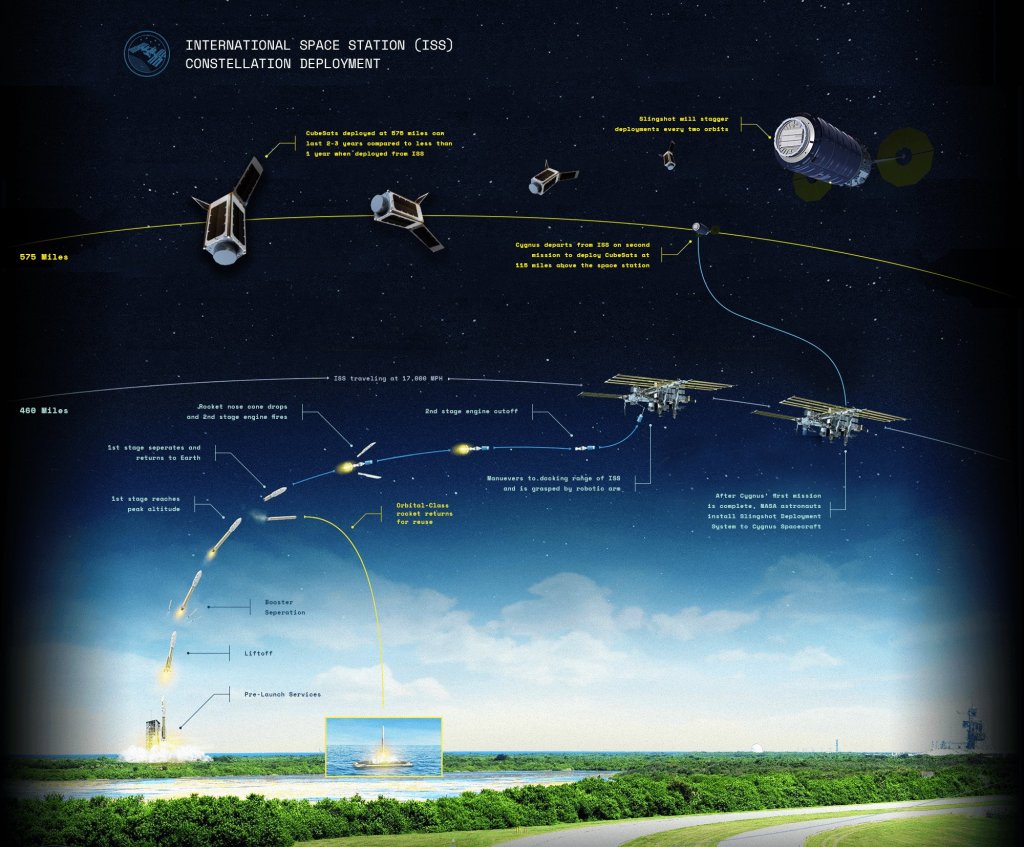 Applications of orbital data augmented by intelligent insights are numerous and include the defense sector (Hypergiant is working on something with the Department of Homeland Security to that end) and agriculture (like tracking crop yields and setting growth predictions). Hypergiant is active in the oil and gas industry, ideally to help expedite the exploration and discovery of mines. It is also using high-frequency data sets culled from both terrestrial sources and satellites to monitor pipelines and help predict or identify potential pipeline leaks or failures.

Hypergiant conducted a pilot with an unnamed Fortune 500 oil and gas company to test out these ideas. After leveraging the unnamed company’s internal data sets and adding purchased satellite data, Hypergiant applied its AI models. The completion of the pilot led Hypergiant to make the aforementioned SEOPs acquisition to build its own constellation of satellites.

Now, Hypergiant has the full kit. The company is riding high on the success of its pilot and believes that the combination of hardware, software, and AI offers use cases that extend far beyond the oil and gas industry.