While working for IBM back in 1956, Dennard invented DRAM, a kind of semiconductor memory that stores data while the power is turned on. When you turn on your PC, the operating system software loads into DRAM.

So it’s appropriate that the chip industry is recognizing Dennard, now an IBM Fellow Emeritus, with its highest honor: the Robert N. Noyce Award, itself named after Intel’s first CEO. Dennard was awarded the honor (in absentia) at the annual dinner for the Semiconductor Industry Association in San Jose, California.

Dennard, who spent much of his career at IBM Research in Yorktown Heights, New York, was also recognized for his contribution to “scaling theory,” another of the foundations upon which the industry continues to evolve. He outlined the theory, which argued that you had to keep dropping the voltage level in order to continue shrinking the circuits, in 1972.

DRAM alone accounts for a $76.52 billion chunk of the semiconductor industry, according to a 2018 estimate by Research and Markets.

John Kelly, executive vice president and director of IBM Research, talked about Dennard’s accomplishments at the dinner. Dennard, now in his 80s, was not able to attend.

“We all stand on the shoulders of giants,” Kelly said. “Bob Dennard has two incredible achievements that have driven our industry.” 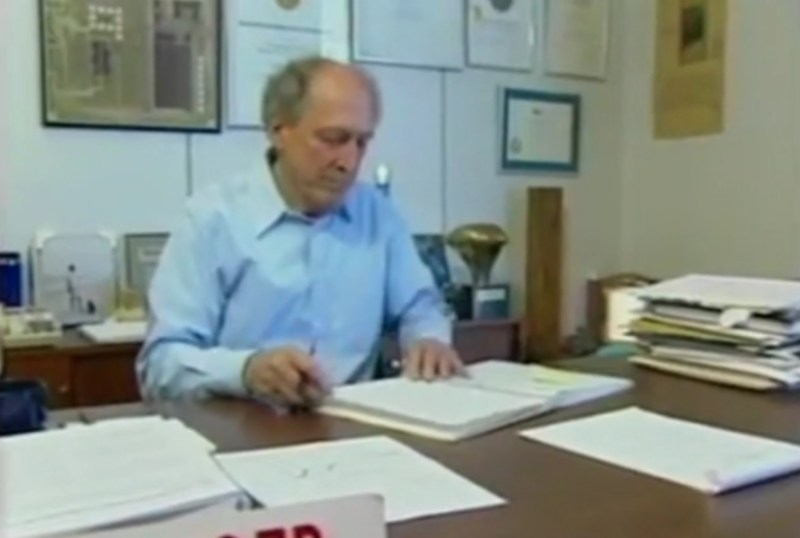 Above: Bob Dennard is an IBM Fellow Emeritus.

Bijan Davari, IBM Fellow and vice president of research, said in an interview with VentureBeat that he was lucky enough to be mentored by Dennard over the years. In some ways, Dennard’s intellect was intimidating, but Davari said that Dennard welcomed those who could contribute fresh ideas to the advancement of technology.

“It was a lot of fantastic give and take,” Davari said.

DRAM is built from a single transistor, with a single capacitor, and stores a single bit of data in one cell. It has additional circuitry, but those circuits are efficiently shared by multiple memory cells. It detects an electrical charge and refreshes it if the charge is too low. When you switch off the power, it no longer stores anything.

“The beauty of DRAM is that it is the densest form of memory, and it is fast when it comes to accessing the memory,” Davari said. “It is very efficient. It is the backbone of almost all electronic devices.”

DRAM replaced a predecessor technology, static random access memory (SRAM), which is built with four to six times more circuitry. As a result, SRAM is a lot more expensive than DRAM, and it is bulkier too. So the invention of DRAM paved the way for the further miniaturization of electronics. 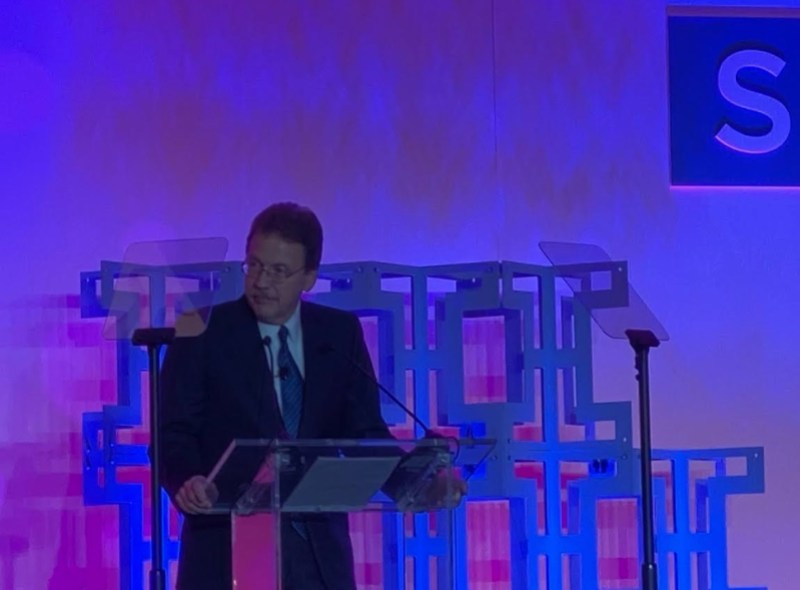 Above: John Kelly of IBM at SIA dinner.

Memory advancements are one of the proof points of Moore’s Law, the idea proposed by Intel chair Emeritus Gordon Moore, who predicted in the 1960s that chips would double their number of transistors every couple of years.

Thanks to the ability to shrink transistors through manufacturing advancements, the industry was able to take designs like DRAM and make them cheaper, less expensive, and faster over a period of decades.

Dennard’s scaling theory is about shrinking chips while maintaining the power density at a manageable level that allows chips to function properly when miniaturized.

“Bob [Dennard] is one of those people that can grasp things at the most fundamental level,” Davari said. “The way he approaches a problem is different because he understands the root of the issue so well.”

“Because of his depth of understanding of device and computer science issues, he can solve the problems that go between the device and the circuit,” Davari added.

Kelly said Dennard was generous with his time in “mentoring so many of us.”