Kano has announced the latest iteration of its DIY computer that’s designed to help kids learn how to code.

The London-based company already offers a range of devices that anyone over the age of 6 can build themselves from scratch, including the $150 Computer Kit that works with any television screen and the $200 Computer Kit Complete that is basically a fully functioning computer replete with its own screen. Now Kano is adding a touchscreen computer kit to its armory of DIY devices.

VentureBeat managed to get its hands on one of these kits ahead of launch and tested it on a real-world 6-year-old to see how things went.

The kit includes a 10.1″ HD touchscreen and wireless keyboard with a built-in trackpad that serves as the mouse. Kano’s very own Kano OS operating system is preinstalled so that the computer is good to go as soon as assembly is complete.

Out of the box, you get all the components you need to make a functional computer. The screen and keyboard are already constructed; it’s more the “behind the scenes” technology that you’ll need to put together, including speaker, “brain block,” cable block, battery, power board, and a Raspberry Pi 3 (the “brain”) — each of which have to be connected together with the driver board and a series of cables that are housed behind the screen. 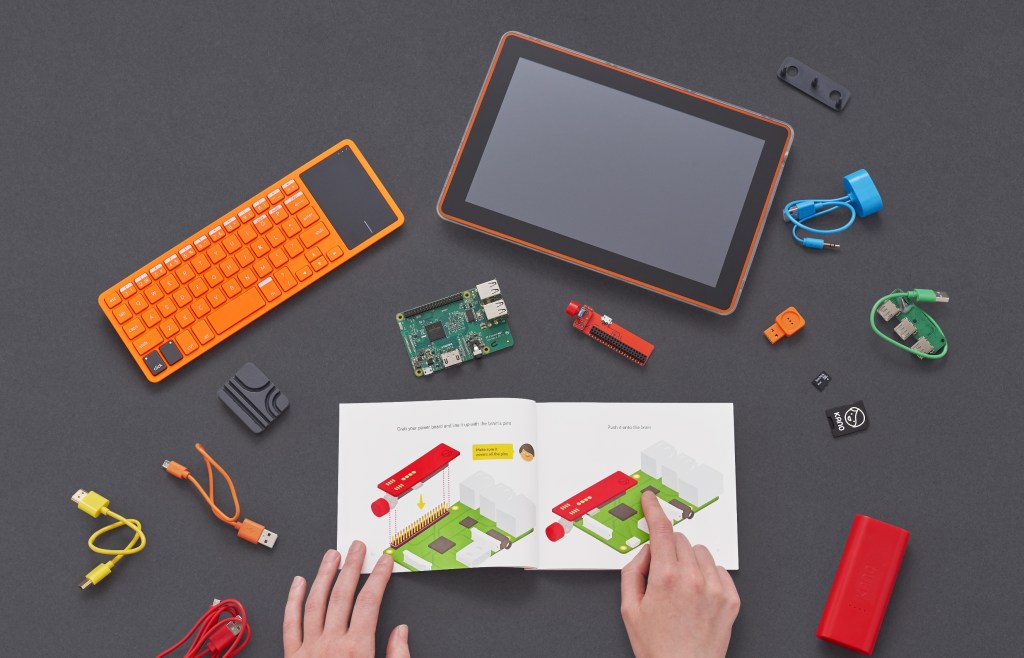 The setup process really is quite straightforward, and the “Ages 6+” guideline is probably about right. Much younger than that and I would imagine it would need a little too much parental intervention, but the most I really had to do was ensure that the 6-year-old wasn’t trying to force a USB cable into its designated port upside down.

The guide that is included with the kit is simple to follow, and it’s just a case of turning the page and putting the component and wires where the instruction tells you. 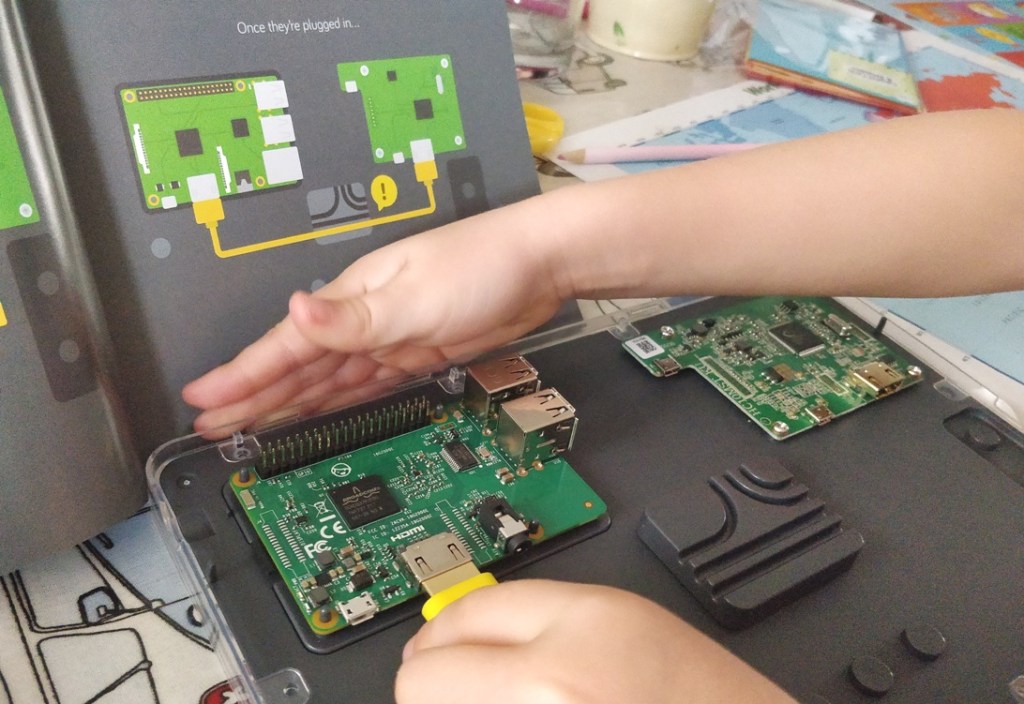 Above: Kano kit: Getting started 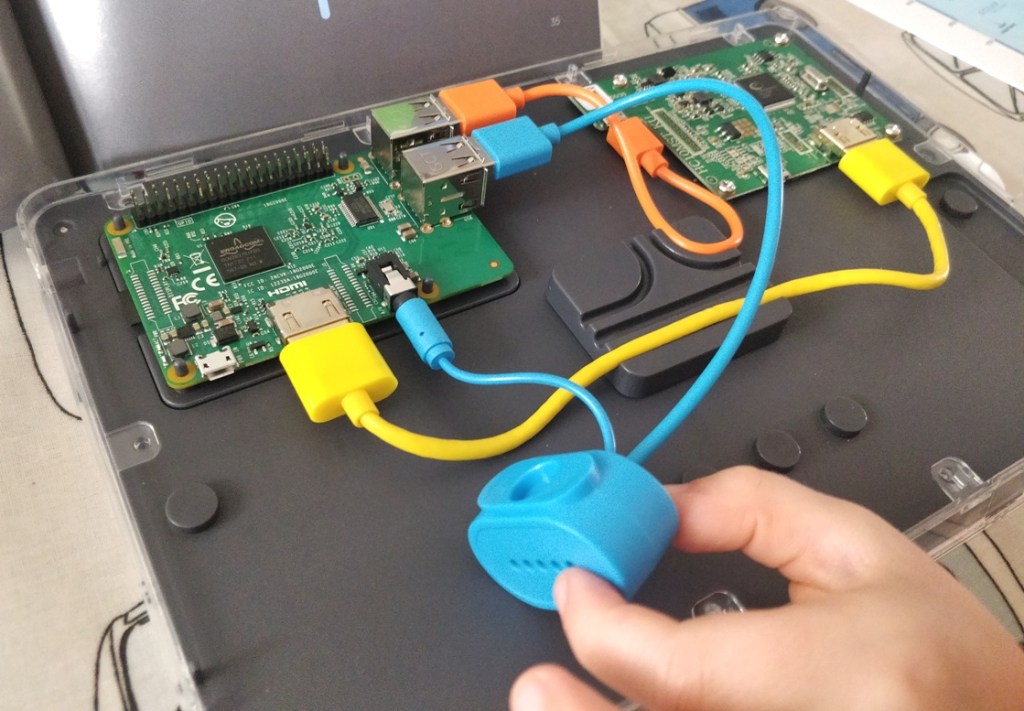 Above: Kano kit: Putting the speaker in place 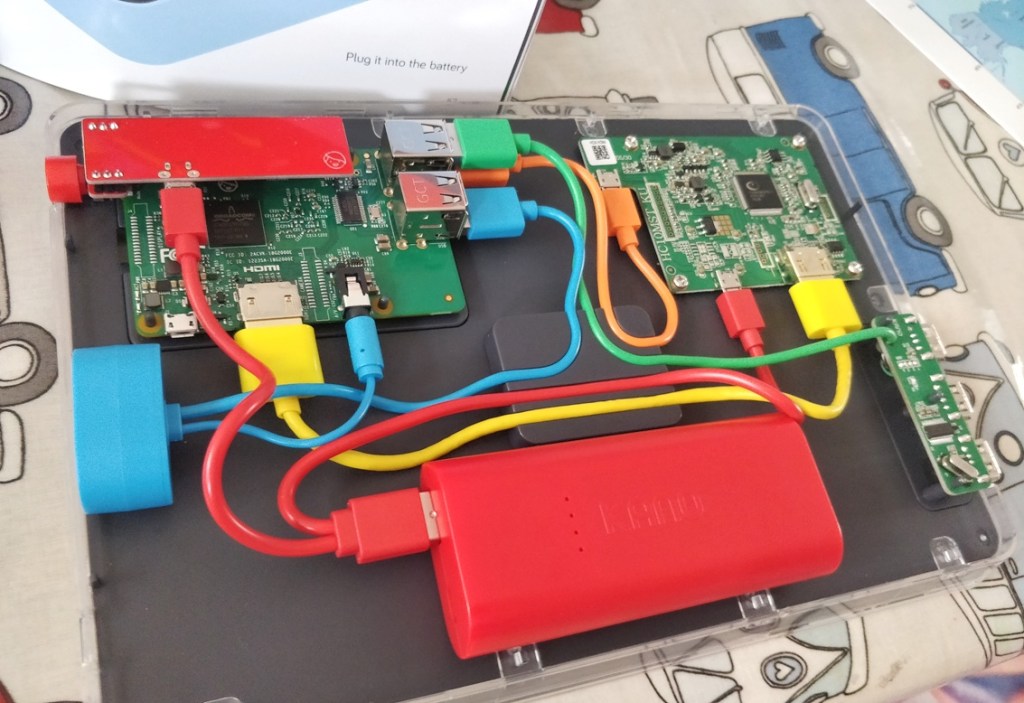 With all the components and wires in place, it’s just a case of putting the screen and its components inside its little transparent plastic case and positioning the keyboard next to it, ready for action. 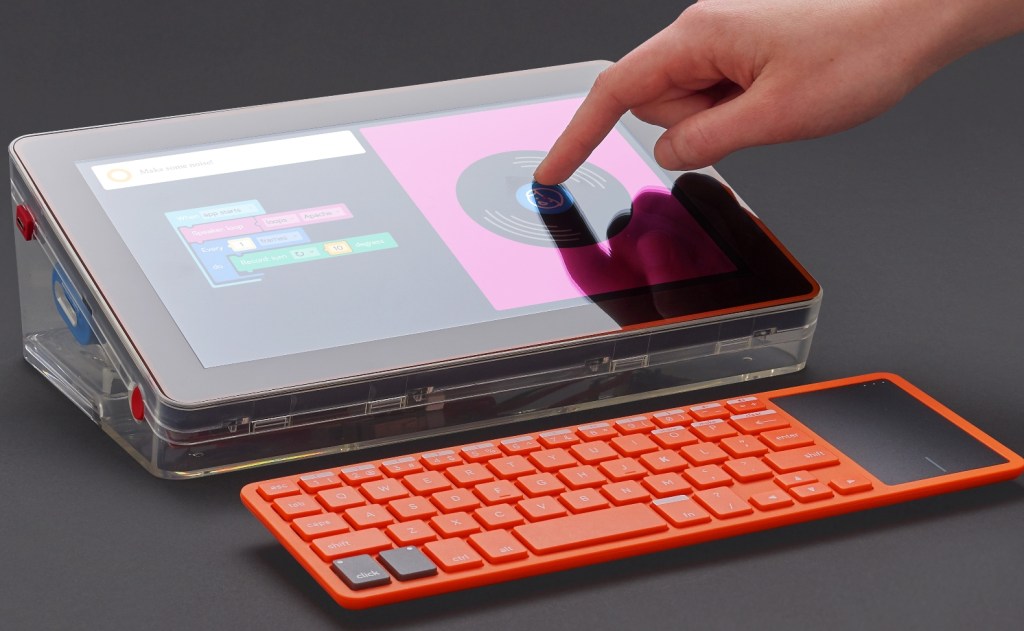 As with all its other computer kits, Kano serves up a bunch of game-based exercises to help develop your coding skills — for example it will let you hack Minecraft or design your own game of Snake or Pong, whereby you can control the speed, size, and composition of the ball, as well as reconfigure the background color and design.

Kano is one of a number of DIY computer coding startups to emerge in recent years. It has raised more than $40 million in funding since its inception in 2013, including a $28 million round in November and a further undisclosed amount from Sesame Street’s venture fund in June.

Other similar companies currently attracting VC investment include London-based startup Pi-top, which recently raised $16 million for its modular PCs, and San Francisco-based Piper, which last year announced a $7.6 million funding round to expand its DIY computer kits for kids.

Today’s launch also comes just a couple of months after Kano partnered with Warner Bros. to launch a new Harry Potter coding kit, which features a build-it-yourself wireless wand that teaches youngsters how to code by having them following pre-set challenges.

Adding a touchscreen to the mix is a key development for Kano kits because so many devices these days are primarily designed for touch- or swipe-based actions — designing applications and software must take into account the interface through which a user will interact with it.

“Your first experience with computing and code should be simple, playful, and powerful,” noted Kano cofounder and CEO Alex Klein. “The Computer Kit Touch takes the experience of building your own computer to a new level, by revealing the secrets of touch interaction. Combining block based and text based coding, it shows you how modern computing systems work. It gets you inside the screen, rather than just in front of it, and provides a set of art, music, and programming tools — not just toys.”