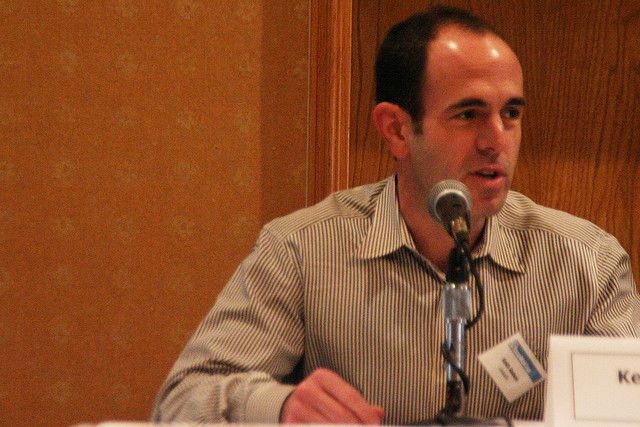 In a very personal blog post this afternoon, Rabois detailed the story of meeting and befriending a man who would eventually go on to work at Square. Seemingly out of the blue, a New York attorney representing the employee threatened Rabois and Square with a lawsuit last week, accusing him of a nonconsensual relationship and “some pretty horrible things.” The lawyer claimed the accusation would be dropped if Rabois paid millions of dollars.

“I realize that continuing any physical relationship after he began working at Square was poor judgment on my part,” Rabois wrote. “But let me be unequivocal with the facts: (1) The relationship was welcome. (2) Square did not know of the relationship before a lawsuit was threatened; it came as a complete surprise to the company. (3) He never received nor was denied any reward or benefits based on our relationship. And (4), I did not do the horrendous things I am told I may be accused of. While I have certainly made mistakes, this threat feels like a shakedown, and I will defend myself to the full extent of the law.”

Rather than making the situation worse for Square, Rabois said he decided to leave the company, which is now breaking into the mainstream via Starbucks and sitting on a new $200 million funding round at a $3.25 billion evaluation.

“I deeply regret that I let my personal and professional lives to become intertwined, and I apologize to my colleagues and friends (at Square and elsewhere) who I’ve let down, and who will bear the brunt of some of the unnecessary, negative attention this situation will likely bring,” Rabois wrote.

But he won’t stay quiet for long — Rabois hints that he’s working on a new project to be announced in February.

Square offered the following statement to VentureBeat and other news outlets:

The first we heard of any of these allegations was when we received the threat of a lawsuit two weeks ago. We took these allegations very seriously and we immediately launched a full investigation to ascertain the facts. While we have not found evidence to support any claims, Keith exercised poor judgment that ultimately undermined his ability to remain an effective leader at Square. We accepted his resignation.