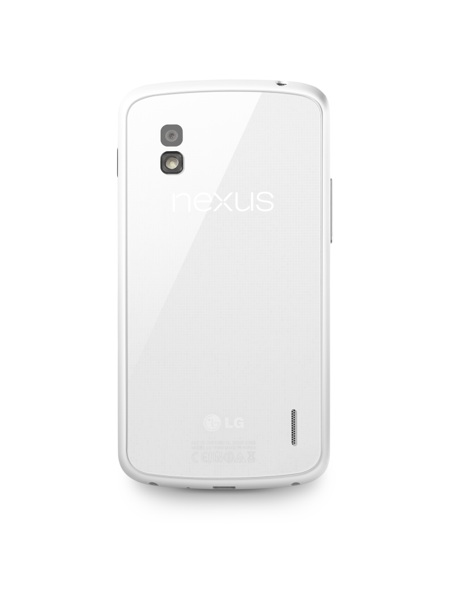 If you weren’t a fan of the Nexus 4’s original black color, LG has just debuted a new model that looks a bit more stylish.

The company announced a white Nexus 4 today, which will begin shipping in Hong Kong on May 29. LG says it’ll roll out the phone over select markets in North America, Europe, Asia, and the Middle East over the next few weeks. (Just don’t be surprised when it becomes a new bling gadget among Android fans due to its limited availability.)

Aside from the color update, nothing else has changed with this Nexus 4. It sports the same 4.7-inch screen, fast Qualcomm Snapdragon processor, and 2 gigabytes of RAM. It also shares the Nexus 4’s biggest flaw: No LTE. I found a lot to like about the Nexus 4 in my review — it’s just a shame it doesn’t support the fastest cellular networks out there today.

While there’s still a chance LG will eventually release an LTE-capable Nexus 4, you can give up hope on LG building the next Nexus device (which many are calling the Nexus 5). Speaking to the Dutch tech site All About Phones (translation via Android Beat), LG’s European head Kim Wong said firmly that the company isn’t interested in the Nexus 5:

“There are currently no plans for a Nexus 5 made by us. We don’t need that kind of marketing exposure anymore. The Nexus 4 was a great succes, even with the supply issues and we have a great relationship with Google. But we won’t make the Nexus 5.”

Judging from the images below, the white case adds a nice touch to the Nexus 4’s design. The white color doesn’t carry over to the front of the phone, but the contrast of a black front bezel and the lighter rear color still looks pretty attractive.