A new subsea cable connecting North America with mainland Europe has now been completed, promising to meet the growing demand for cloud services with a capacity of 160 terabits per second.

The 6,600km (4,000 mile) transatlantic cable, nicknamed Marea, lies more than 17,000 feet below the Atlantic and runs from Virginia Beach, Virginia all the way to Bilbao on Spain’s northern coast. The project was first announced last May, though work didn’t start until around August, with a planned completion date of October of this year. Above: Virginia to Bilbao

The Marea project is the result of a collaboration between Facebook, Microsoft, and Telxius, a telecommunications infrastructure subsidiary of Telefónica.

Microsoft and Facebook’s interest in bolstering global internet speeds should come as little surprise given that they rely on high-speed data transfers for their respective services.

Marea goes some way toward upgrading the global internet infrastructure to “better meet the rapidly growing demand for internet and cloud services in our increasingly connected world,” according to Suresh Kumar, corporate vice president of Microsoft cloud infrastructure and operations. 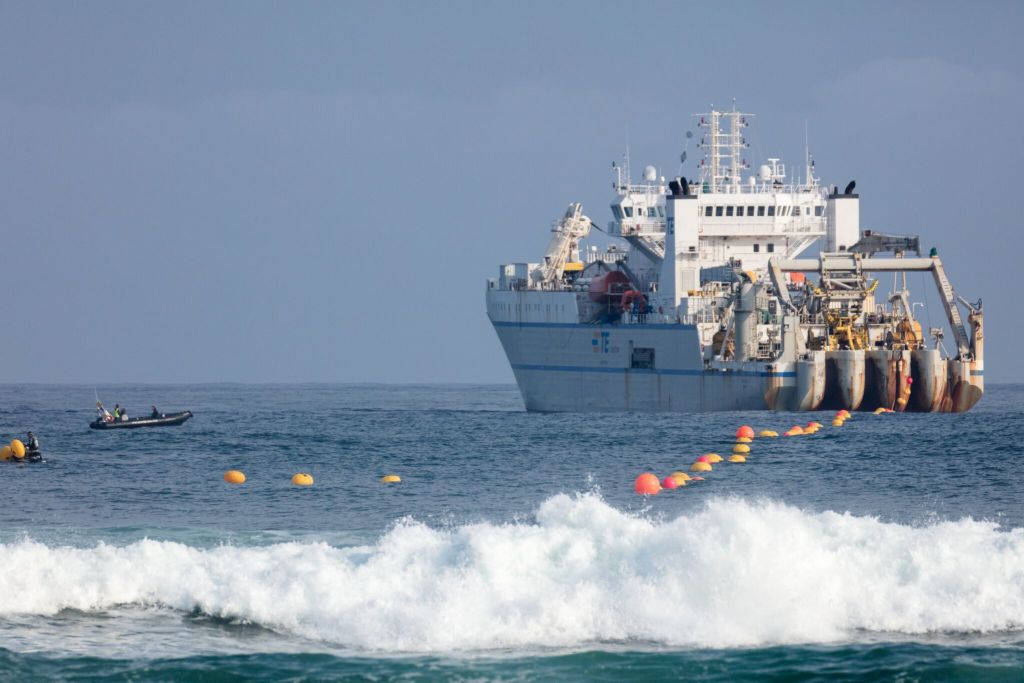 Above: Marea being laid

Marea, which is Spanish for “tide,” is the latest in a line of collaborations involving major U.S. technology companies and subsea cable infrastructure.

Back in 2015, Microsoft announced a number of partnerships to connect its global data centers with underwater fiber optic cables, part of which involved joining a consortium with China Mobile, China Telecom, China Unicom, Chunghwa Telecom, and KT Corporation to connect Microsoft with China.

Elsewhere, Google and Facebook last year partnered on a new submarine cable project between Los Angeles and Hong Kong, while a new Google-backed transpacific internet cable from Japan to Oregon opened for business. Earlier this year, Google revealed it was also backing Indigo, a new undersea cable between Asia and Australia.

It was no surprise to learn that Amazon — a competitor in the cloud services space alongside Google and Microsoft — made its first major subsea cable investment last year when it plowed money into the transpacific Hawaiki cable, which should improve latency for Amazon Web Services (AWS) users in Australia and New Zealand.

Not only do companies such as Microsoft, Facebook, Amazon, and Google rely on their customers being connected, with high-speed broadband now the norm in many countries, customers expect speed and minimal latency. “When it comes to computing, speed matters,” noted Kumar. “So does resiliency.”

Though the cable should help bring greater speeds to connections between North America and Europe, it may also have a knock-on effect for Asia and Africa, which are connected via the same landmass.

Marea is just the latest in Microsoft’s efforts to improve its cloud service amid an increasingly competitive market. Indeed, today’s news comes just a day after Microsoft announced it was adding Availability Zones to its Azure cloud platform. In a nutshell, the zones are clusters of data centers within a single cloud region that are geographically isolated from one another and are designed to protect against location-specific failures in one of the other zones.