Firefox 68 for desktop is available for download now on Firefox.com, and all existing users should be able to upgrade to it automatically. The Android version is trickling out slowly on Google Play, while the iOS release is available on Apple’s App Store. According to Mozilla, Firefox has about 250 million active users, making it a major platform for web developers to consider.

As part of this release, Mozilla has curated a list of recommended extensions “that have been thoroughly reviewed for security, usability, and usefulness.” You can find the list on the Get Add-ons page in the Firefox Add-ons Manager (about:addons).

While Firefox has had dark mode for months, the Reader View’s dark contrast only covered the text area. Now, when you change the contrast to dark, all sections of the site (including sidebars and toolbars) will be immersed in dark mode. 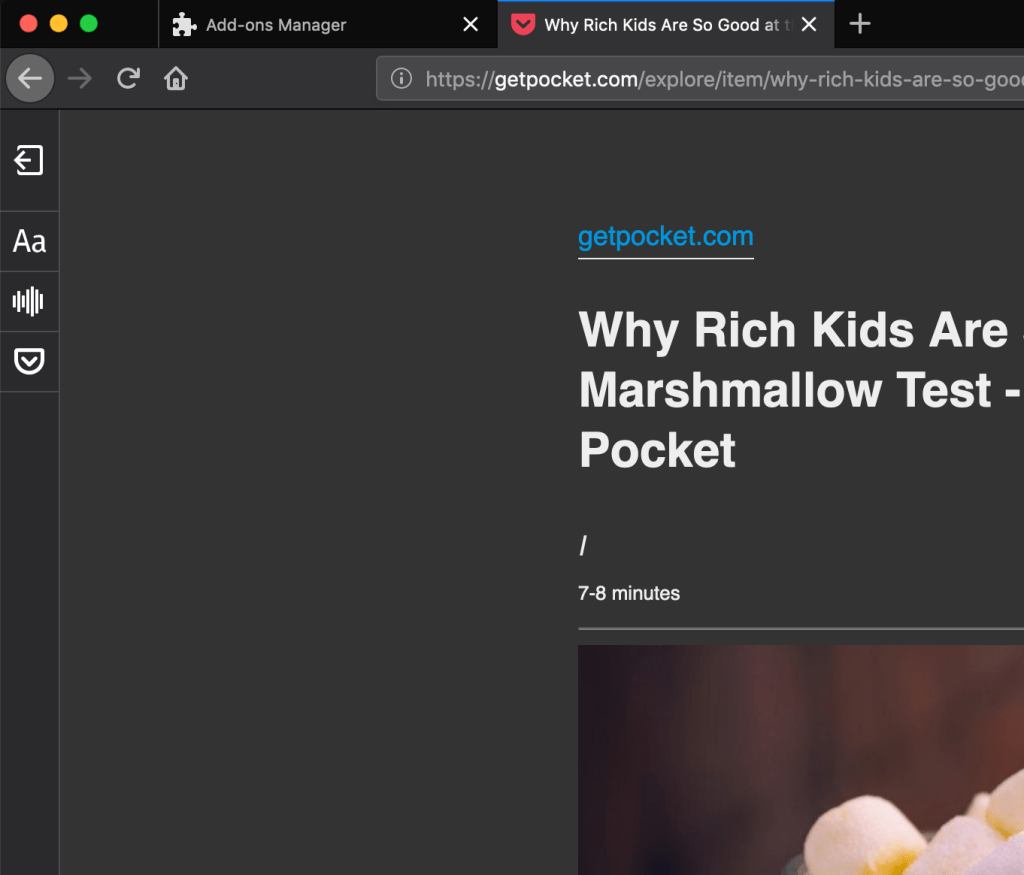 With Firefox 60, Mozilla introduced an enterprise version of the browser that employers can customize. This let IT professionals configure Firefox for their organization, either using Group Policy on Windows or a JSON file that works across Windows, Mac, and Linux.

With Firefox 68, Mozilla has added more enterprise policies — to configure or remove the new tab page, turn off search suggestions, and so on (full list.

If you’re a web developer, you’ll want to get more details here: Firefox 68 for developers.

Firefox 68 for Android is a minor release. The main addition is the Web Authentication API, which the desktop release got in May 2018.

Firefox for Android is typically updated at the same time as the desktop release, while iOS is not. This time, however, the Android team is mainly focused on Firefox Preview while the iOS app is getting the more notable update.

Firefox for iOS has gained two new features. Mozilla has added a Recently Bookmarked section to bookmarks and support for editing all bookmarks. As a result, iOS users can now finally reorder, rename, or update bookmark URLs. Additionally, iOS users can now set sites to always open in Desktop Version. This is particularly useful for sites that aren’t optimized for mobile, where the desktop version just makes more sense. Mozilla also added a badge to help iOS users identify when a site is being displayed in desktop mode.