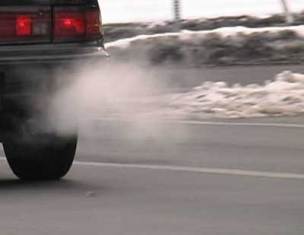 President Barack Obama is getting ready to announce new, stringent vehicle-emission standards for the whole U.S. Combining California’s tough policies with Transportation Department recommendations, he will call for a 30 percent increase in car and truck fuel efficiency by 2016 — an announcement that will probably go out tomorrow.

The automotive industry, notoriously opposed to emissions efforts in the past, is predicted to remain fairly silent this time — not only because the order comes in the wake of massive economic bailouts, but also because executives are satisfied with the administration’s decision to finally enforce one national standard (something they have been lobbying for for a while) and to provide a feasible timetable. The announcement could actually help bankrupt Chrysler and nearly bankrupt General Motors devise more solid and sustainable roadmaps going forward, the New York Times notes.

A similar law was passed in 2007 stipulating a 40 percent improvement in gas mileage for cars and light trucks by 2020, but the Bush administration didn’t pitch any further legislation to enforce it. The new regulations will fall under the jurisdiction of the Transportation Department’s National Highway Traffic Safety Administration.

California has been requesting a waiver to set its own emissions standards for some time (something the auto makers have vocally begrudged). In all likelihood, Obama will grant the state the waiver with the understanding that the issue will be moot once the new standards go into effect. Even before an executive mandate, 13 other states and the District of Columbia have moved to adopt California’s tailpipe standards, the strictest in the country.