Number26, a Peter Thiel-backed mobile banking startup that’s setting out to create the bank account of the future, has raised $40 million in a Series B round led by Horizons Ventures. Battery Ventures, Robert Gentz, David Schneider, and Rubin Ritter also joined the round as new investors, while existing backers, including Peter Thiel’s Valar Ventures, Earlybird Ventures, and Redalpine Ventures also participated.

Founded out of Berlin, Germany in 2013 by Maximilian Tayenthal and Valentin Stalf, Number26 offers “mobile-first” bank accounts similar to BankMobile or Simple in the U.S. Originally only available in Germany and Austria, the service later expanded across the EU into Ireland, Spain, France, Greece, Slovakia, and Italy, and today it claims more than 200,000 users. 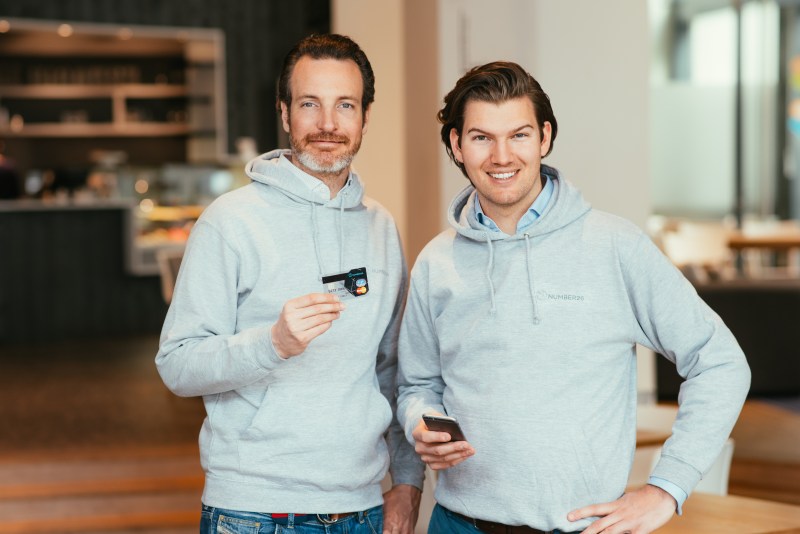 Prior to today, Number26 had raised almost $13 million, the bulk of which came last April in a round led by PayPal cofounder Peter Thiel’s VC firm. With $40 million more in the coffers, Number26 will now push to grow in more markets and launch new finance products across savings, investments, and credit to “create a true fintech platform,” Stalf said on stage at MoneyConf in Madrid.

In an interview with VentureBeat last year, cofounder and CFO Tayenthal indicated that the company planned to enter verticals beyond checking accounts through partnering with complementary fintech startups. And Number26 has followed through on that goal by teaming up with TransferWise to give customers in-app access to a cheap international money-transfer service.

“Number26 has fundamentally transformed the traditional banking model,” said Tayenthal, in a statement to VentureBeat. “We selectively partner with some of the best fintech companies around the world to offer a platform of products within a seamless, mobile-centric experience. We’ve also built a highly scalable technology base using an extremely lean organizational structure. This combination means we can offer significantly better products at much lower prices.”

As the company is now flush with cash, we can expect to see further tight-knit integrations, such as those we saw with TransferWise. In effect, Number26 has pushed to unbundle the old banks of yore and repackage them as a mobile-first service built for the smartphone age — a single app that aggregates the services of multiple fintech startups.

“This financing round brings together some of the world’s leading investors,” added Stalf. “They provide the substantial financial resources and networks to accelerate our transformation of the banking landscape over the coming years. Even given our success to date, we believe we are only at the beginning of our journey to bring better mobile banking to millions of customers across Europe, transparently and at much fairer prices.”