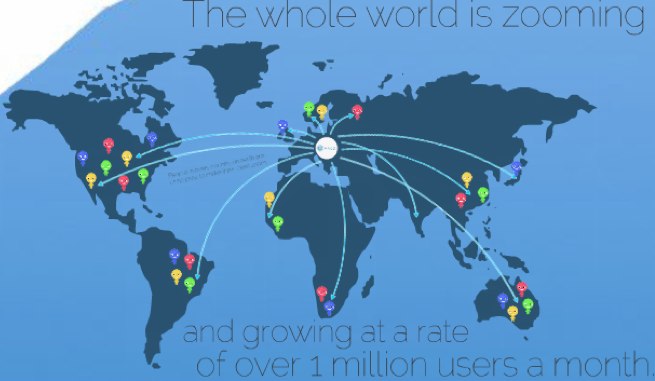 In building an intuitive and fluid alternative to PowerPoint, startup Prezi is helping presenters reimagine their productions. Tuesday, the company announced that it surpassed 10 million users, and released a PowerPoint import tool to help members transition from outdated presentations to the zooming future.

Founded in 2009, Prezi is a venture-backed startup that makes an unconventional, non-linear, web-based presentation and collaboration tool built around cognitive science and spacial-relativity constructs. Prezi members can collect all of their ideas in a single canvas, zoom in to tell a single story, and zoom out to highlight the bigger picture.

“Prezi is a tool where we move beyond the slide and think beyond ideas that don’t fit in an email,” Prezi CEO Peter Arvai said in an interview with VentureBeat. “We’ve found it to be a powerful way of conveying a message.” 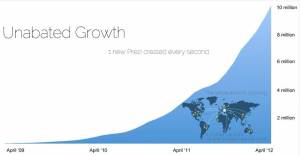 The company’s recent hockey-stick growth supports Arvai’s statements. The web, mobile, and desktop tool has attracted more than 10 million users who are creating a “prezi” every second. Prezi also has more than doubled its user base in less than a year, is being used by people in every country around the world, and has attracted employees at 80 percent of Fortune 500 companies, Arvai added.

Tuesday, PowerPoint-switchers can make the complete leap over to Prezi. The company has released a PowerPoint import tool for uploading PowerPoint presentations and slides — all at once or one at time. During the import process, slide elements are coded into objects that can then be easily inserted into prezis.

“This was not a simple solution,” Arvai said. “We’ve been working on this for seven to eight months.”

PowerPoint import will be a popular feature for the startup if the response to an early beta test of the product is any indication. More than 200,000 PowerPoints were uploaded during a pilot period, Arvai said.

Prezi has offices in San Francisco and Budapest. The startup employs 70 staffers, has raised $15.5 million in funding to date, and is cash-flow positive.