ProtonMail has been talking about its plans to launch an encrypted calendar for a while. But starting from today, all ProtonMail users on a paid plan will be able to access ProtonCalendar, and it will be opened to everyone when it exits beta in 2020.

By way of a brief recap, ProtonMail was founded out of Geneva, Switzerland in 2013 by Andy Yen, Jason Stockman, and Wei Sun — academic researchers working on particle physics projects at CERN. ProtonMail promises users full privacy via client-side encryption, which means nobody can intercept and read their emails. ProtonMail has increasingly positioned itself as the antithesis of Gmail, insofar as Google has the ability to scan the content of users’ emails to help personalize other products in the Google product lineup.

ProtonCalendar isn’t the first new product to emerge from ProtonMail — it has previously launched a VPN service — but it signals the start of a suite of new offerings that will include a cloud storage service to rival Google Drive and office software similar to Google Docs.

“Our goal is to create and make widely accessible online products [that] serve users instead of exploiting them,” said ProtonMail CEO Andy Yen.

From emails to calendar

ProtonMail hasn’t set out to reinvent the wheel in terms of the features and format of ProtonCalendar. It sports a clean interface with views by month and day, color-coded event types, and so on. It is also tied to a user’s ProtonMail email account. 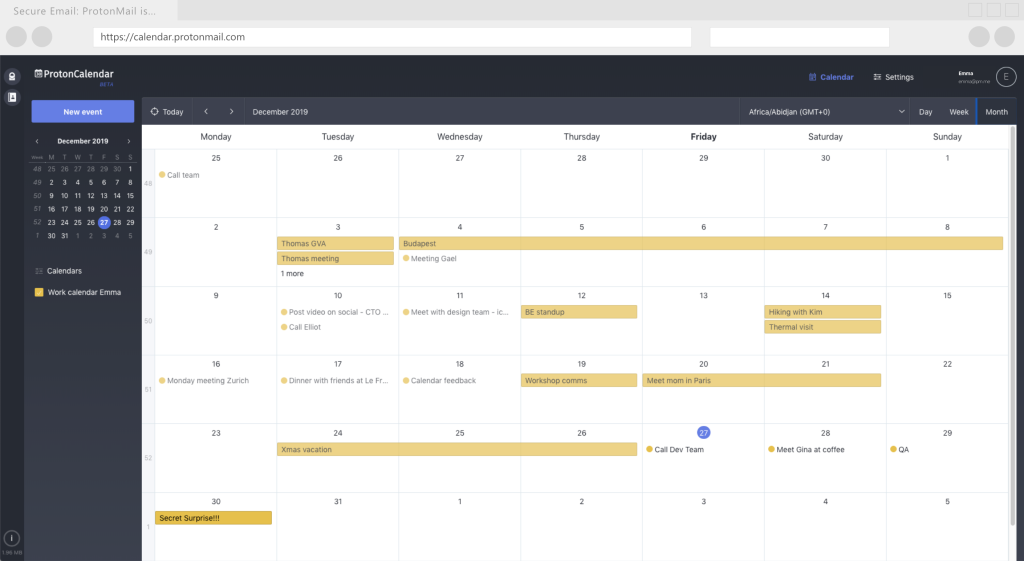 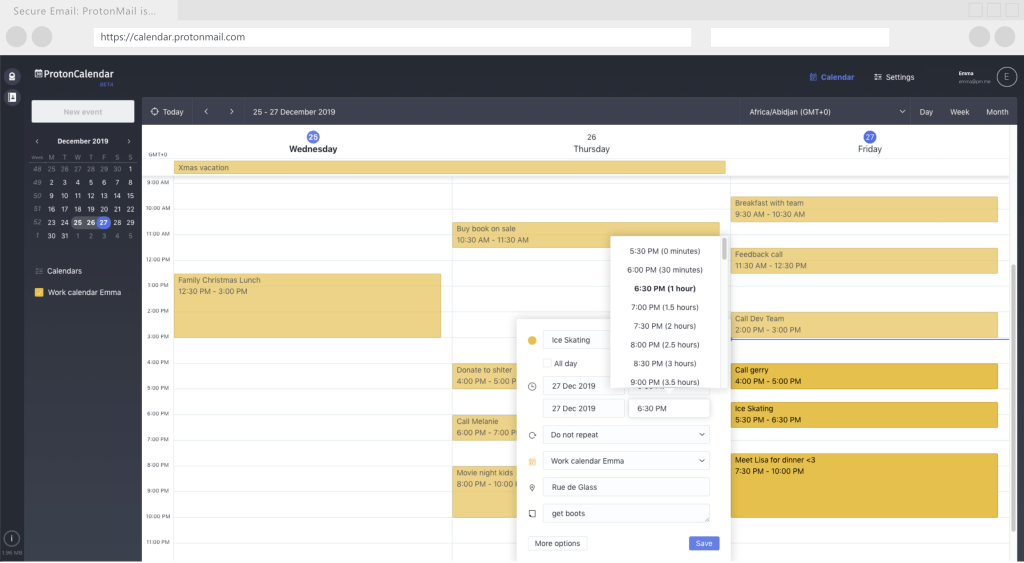 Above: ProtonCalendar: Editing an entry 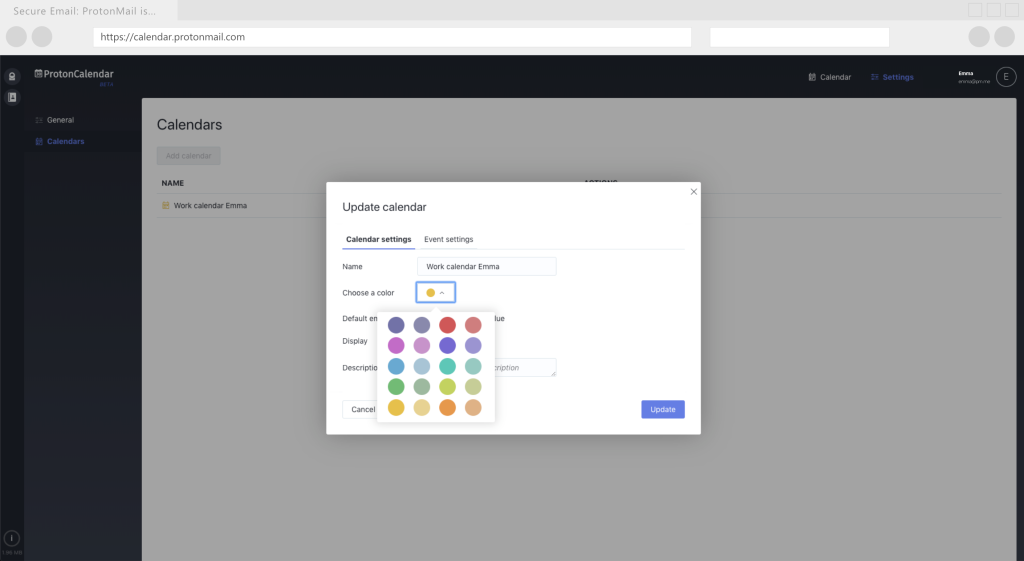 Where ProtonMail is really looking to differentiate itself is by putting privacy at the heart of ProtonCalendar — the company said it encrypts event title, description, location, and participants so neither third parties nor ProtonMail itself can peruse the contents of calendar entries.

ProtonCalendar also speaks to ProtonMail’s ambitions in the business realm — the company doesn’t yet offer a full-fledged enterprise product, but it does market a Professional subscription tier that offers some features and functionality aimed at businesses. Any company enticed by encrypted email will also likely be interested in similar privacy-focused products, including calendars, cloud storage, and documents.

“ProtonCalendar and the upcoming ProtonDrive are both essential stepping stones for Proton’s expansion into the business segment,” Yen told VentureBeat. “Today, Proton serves over 30,000 businesses, but with the addition of encrypted Calendar and Drive functionality to go with the encrypted email that we already provide, the pool of potential business use-cases that we can service grows exponentially. This will allow us to penetrate deeper into the business productivity segment which already has a high inherent need for security and privacy.”

Moreover, public trust in “big tech” is at an all-time low, due in large part to the countless data breaches, abuses, and scandals that have emerged in recent years, which may put ProtonMail in a strong position to further infiltrate the consumer sphere. Indeed, ProtonMail has been profitable for some time already and has garnered roughly 20 million users since its launch back in 2014.

“Like ProtonMail, ProtonCalendar is engineered to put user privacy first, and in that respect we are the polar opposite of Google,” Yen added. “With the launch of ProtonCalendar beta, we move one step closer to providing a full suite of services [that] can replace Google for users who want more control over their data.”

For now, ProtonCalendar is limited to the web, but standalone mobile apps will be made available at a later date. And while it will eventually be made available to free users, premium subscribers will always have access to more advanced features — the exact ins and outs of this will be determined during the beta phase.

*Updated January 7 with additional information on upcoming mobile apps and a quote from Andy Yen on the company’s plans for businesses.