Red Hat, the open source product and services company acquired by IBM for $34 billion back in 2018, has announced that it’s bringing the Ansible Automation Platform to Microsoft’s Azure cloud platform as a managed application, helping companies manage and scale their IT environments through open source automation technologies.

Ansible, for the uninitiated, is a Python-based IT automation engine that companies use for configuration management, network automation, application deployment, and infrastructure provisioning, among other IT processes that are repeated frequently, such as issuing software security patches. Today, Ansible is one of the most popular open source projects, with some 50,000 stars on GitHub and more than 3,000 contributors.

Red Hat acquired Ansible back in 2015 in a deal reportedly worth $100 million. In the intervening years, Red Hat brought the Ansible Automation Platform to market, adding a suite of enterprise-grade IT smarts to the mix, including centralized automation execution, analytics, job scheduling, role-based access control, audit trails, and a visual dashboard. Red Hat recently rearchitected the Ansible Automation Platform with the hybrid, cloud-native enterprise firmly in mind — it’s all about standardizing automation across environments and systems. 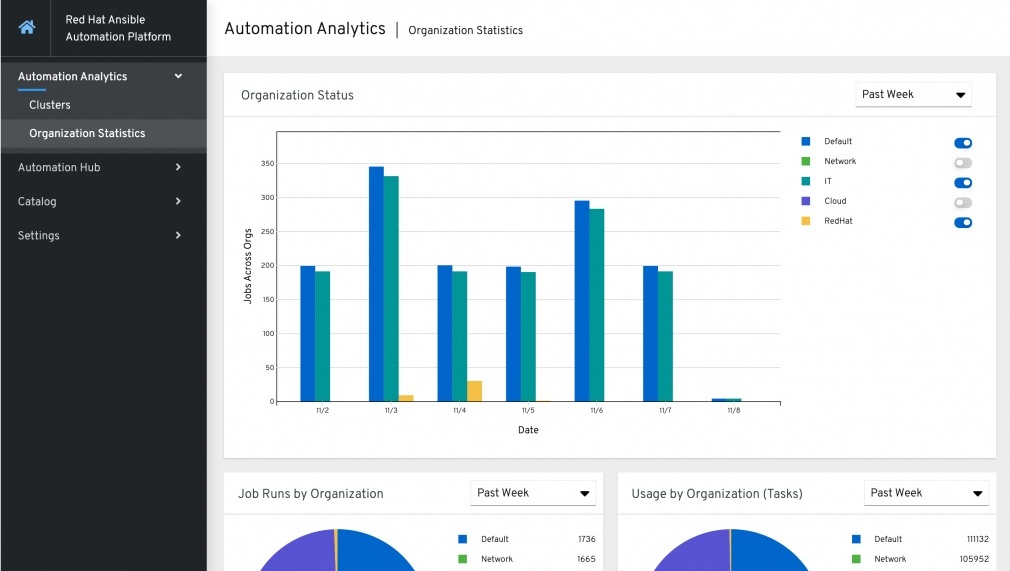 While companies are able to construct their own automation systems using freely available open source components, managing and integrating the various tools and ensuring they are properly maintained and kept up-to-date is a labor-intensive process. Many companies prefer a robust automation toolset, one that is actively maintained and ships with service level agreements (SLAs) and guaranteed uptime — and that is what Red Hat’s Ansible Automation Platform is all about.

While the on-premises version of the Ansible Automation Platform is already capable of deploying and managing resources from public clouds including Azure, today’s announcement heralds the first managed application for the Ansible Automation Platform, and ensures that Red Hat and Microsoft customers don’t have to worry about deploying and configuring a solution themselves.