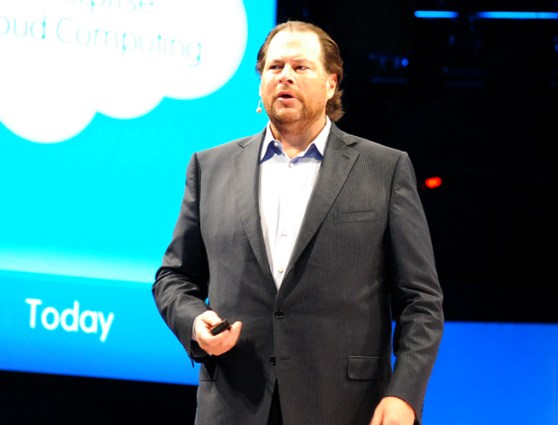 NEW YORK CITY — Salesforce CEO Marc Benioff, always game for a little tech trash talk, said that Microsoft’s Windows 8 operating system would be “the end of Windows” and that “Windows is irrelevant.”

Benioff, answering questions at a press conference at the Cloudforce show in Manhattan, mostly kept to the script of promoting Salesforce’s cloud services during the Q&A session with reporters and analysts. The main Cloudforce keynote mostly mimicked all the announcements at Dreamforce last month, except for the just-announced addition of 20 social analytics services to its Marketing Cloud.

Veering off-script (or was it?), Benioff talked about Windows 8 in regard to the entire computing market. He first spoke about a conversation he had had with an exec-level Salesforce customer and how this customer said she wouldn’t move her company to Windows 8.

Then, Benioff turned to his own thoughts on the new Microsoft OS, which launches Oct. 26. He said that people were not having frequent conversations about traditional computers anymore — people are instead talking about which smartphones and tablets they want to buy. He name-checked the iPhone 5 and the Kindle Fire HD as examples.

With that in mind, Windows 8, he noted, was no longer important. He said CIOs had upgraded to Windows 7 because they didn’t have another choice, but now things have changed.

“Windows 8 is the gambit — will [CIOs] upgrade, or will they do something else?” Benioff said. “It’s the end of Windows. … Windows is irrelevant.”

To be fair, Windows 8 will work on desktops, laptops, and laptop/tablet hybrid computers. That flexibility means the OS can help equip all kinds of devices that employees might want or need. Enterprises could adopt Windows 8 tablet hybrids like the Samsung’s ATIV Smart PCs, for example.

And then we’ve got Windows RT, which looks a lot like Windows 8 and runs on ARM-based tablets. Microsoft’s first Surface tablet runs RT and includes a version of Office installed. It looks to like a tool enterprises might take a look at versus Apple’s iPad.

Even with those caveats, Benioff’s words were certainly eye-popping and something that could echo with CEOs and CIOs across the enterprise. As a visionary for cloud computing and cloud-based software, his words carry weight.