Virtual reality helped me appreciate the art of Burning Man. Inside a VR exhibit, I stood next to a statue of a woman, and the 55-feet-tall work of art towered over me as I stood on the sands of a virtual space.

Intel, Linden Lab’s Sansar Studios, and the Smithsonian are revealing today a VR exhibit that replicates the art in the Renwick Gallery of the Smithsonian American Art Museum. It faithfully reproduces the art of No Spectators: The Art of Burning Man, which is on display in the museum in Washington, D.C.

The VR exhibit is part of the Smithsonian’s mission to reach a billion people with its art, and virtual reality is one of the ways that the museum will accomplish that mission, said Nora Atkinson, who was in Washington D.C. but still managed to do an interview with me and another reporter inside the Sansar VR space. She showed us through the museum, which we could view in 360 degrees. I was at Linden Lab’s headquarters in San Francisco for the demo, while Atkinson was across the country. Yet I could hear her and see her animated character, or avatar, as we walked around in the 3D space in virtual reality.

“What’s different about VR is you can go up to a work of art and get right next to it or touch it,” said Atkinson, Lloyd Herman curator of craft at the Renwick Gallery, said. “That’s not something you can do in the museum.” 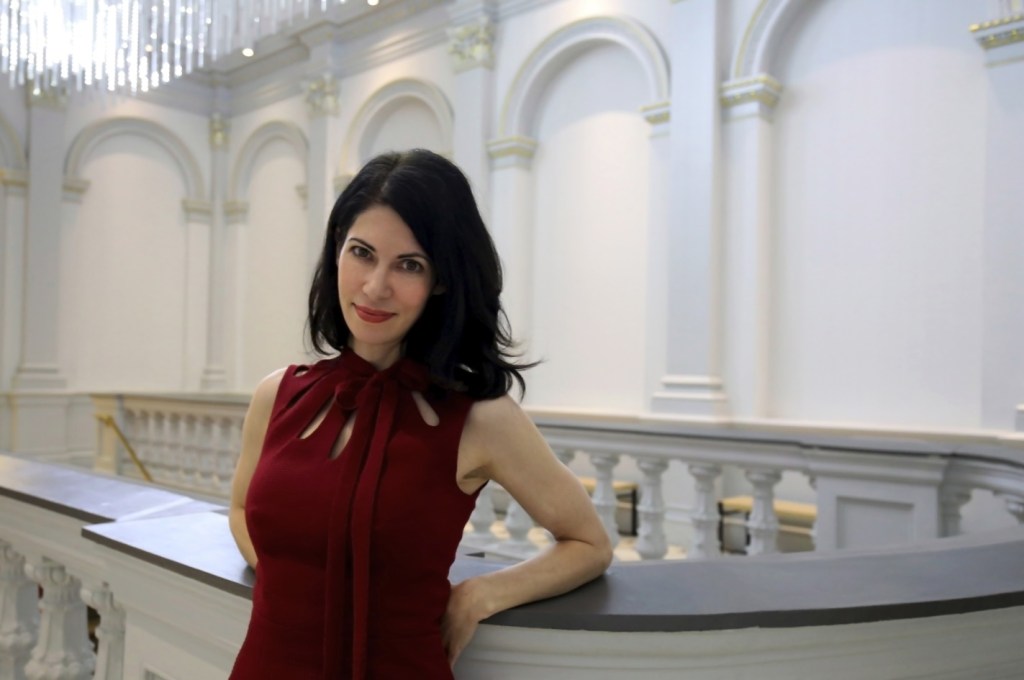 Above: Nora Atkinson of the Renwick Gallery at the Smithsonian American Art Museum wants to reach a billion people.

Raj Puran, director of business development at Intel, said in an interview that the project got started a couple of years ago. Intel, the world’s biggest processor maker, uses VR to inspire people to make use of its products, such as its processors and flash memory chips.

“We had an idea that VR would be a compelling medium to take people to places they haven’t gone to, or will never go to, and produce really meaningful experiences,” Puran said.

Intel reached out to The Smithsonian, and it responded wholeheartedly. Puran toured the Smithsonian American Art Museum for over five hours, led by a curator. And he felt like everyone should have this kind of personal experience. 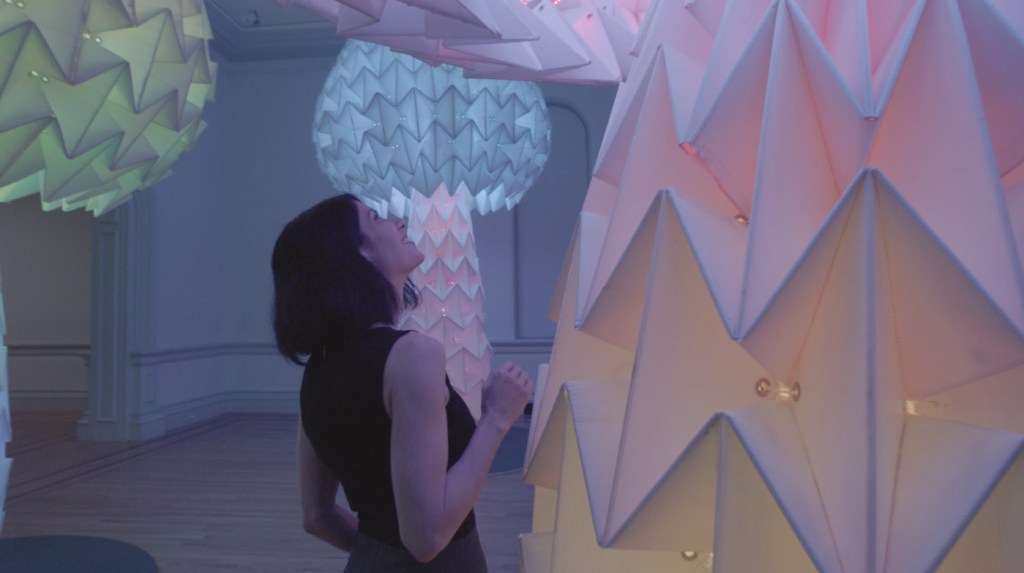 Above: Nora Atkinson at the Renwick Gallery.

“The director tells you why America’s art museum is so important,” he said. “As we walked through, we realized there was something really big here. You could turn each art piece into an experience, a story.”

In 2016, the museum and Intel created a VR exhibit dubbed Beyond the Walls, a room-scale VR experience with the HTC Vive system. Among other artworks, it reproduced the graveside memorial commissioned by grieving husband, Henry Adams, who had it created for his wife, Marian Hooper “Clover” Adams. She killed herself by drinking the poisonous chemicals used to develop film. He commissioned sculptor Augustus Saint-Gaudens to create a memorial that would express the Buddhist idea of nirvana. The VR exhibit was a big success, and it led to more collaboration.

“We got amazing feedback,” Puran said. “For people who don’t go to D.C., how could we make this more accessible? We decided to re-create the Renwick.” 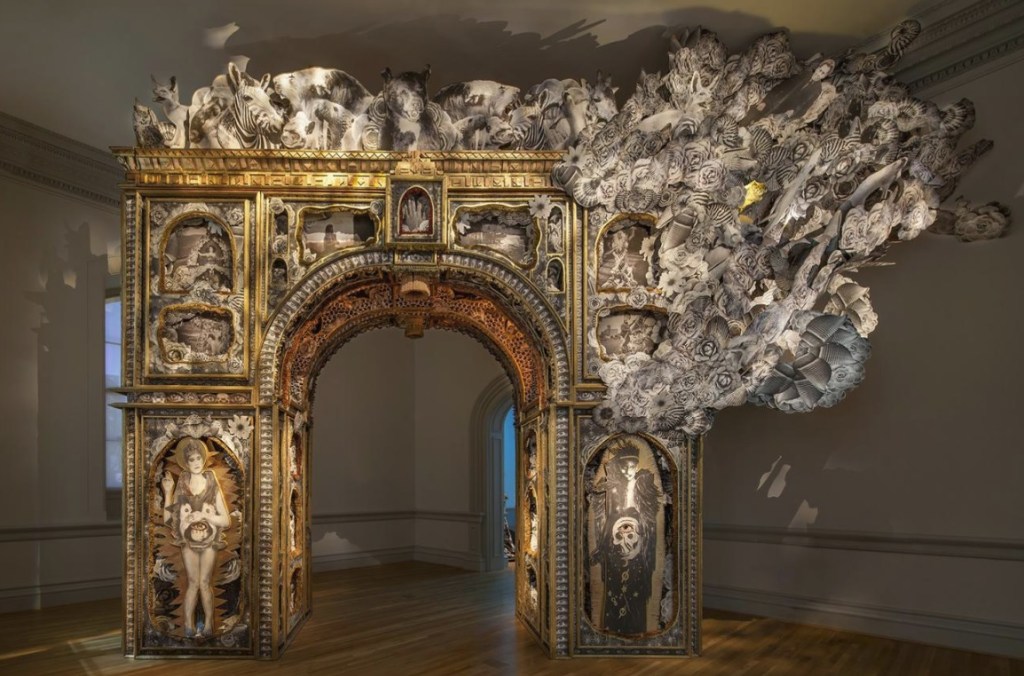 Above: A photo of the real Paper Arch by Michael Garlington and Natalia Bertotti at the Smithsonian.

We met Atkinson in a lobby of the VR version of the Renwick, and then she showed us the first piece in the entrance. It was an arch, dubbed Paper Arch, made out of paper in real life and looming above us in VR. It was created by Michael Garlington and Natalia Bertotti. They built as an original work special for the museum, since a similar arch was actually burned at Burning Man.

“Can we burn it?” I asked. Everyone laughed, but Atkinson said that wasn’t something we could do yet.

As for the big statue, Truth is Beauty by Marco Cochrane, I found that I could go right up next to the statue and see that it was transparent. The wires were woven in a mesh that was see-through, and the whole structure — all 55 feet of it — was built this way. That was quite eye-opening.

There were times when the digital part was distracting. Atkinson’s machine crashed a couple of times and she dropped out of VR. And all of us had our hands in impossible positions, with our thumbs sticking into our breasts in a very awkward way as we walked through VR.

I didn’t mind. I could go up to some amazing works of art, like the Tin Pan Dragon, which Duane Flatmo created for Burning Man. It’s a rolling carriage that carried people around the seven square miles of Burning Man, which takes place in the Nevada desert outside Reno. I could see inside the dragon and view exactly how it was put together.

But the goal is to make people forget that they are inside VR, and that they feel immersed in another place, Atkinson said. A teacher could create a space in Sansar and add objects into it. They could create a field trip and walk the students through it in a way that would be far more interesting than just looking at it in a book. Half the fun was having Atkinson, who was a real storyteller, leading the tour in VR. 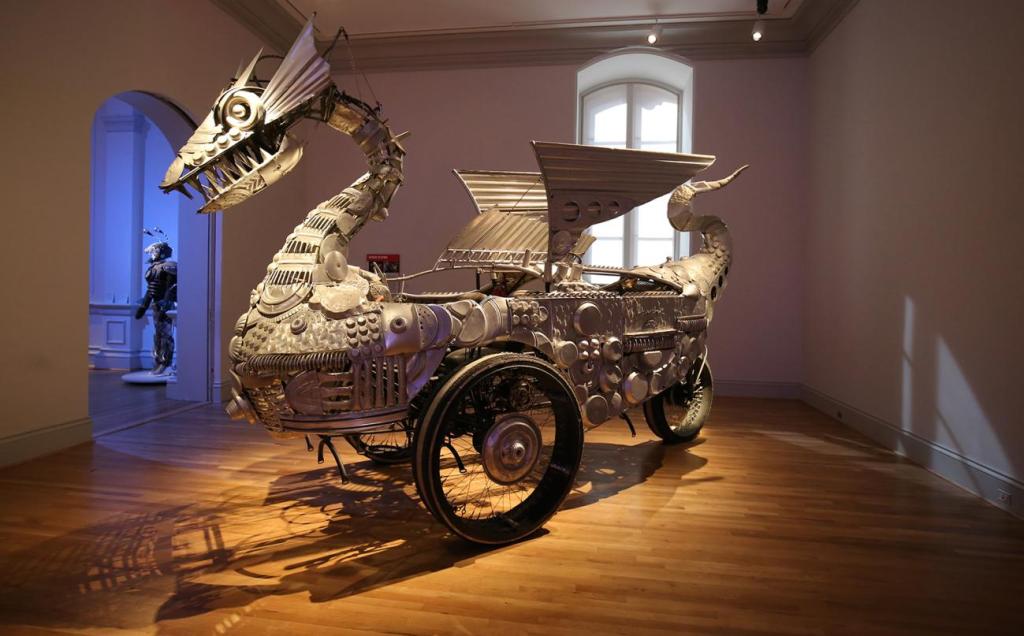 “This could be disruptive for education, as you move around in the art in real time,” Puran said.

The Smithsonian has a long way to go in digitizing its archive, which has 157 million objects.

“We do our best work at Intel when the tech becomes transparent and you forget about it,” Puran said.

Sansar’s artists created the entire first floor of the Renwick Gallery, and they will add the second floor soon. Atkinson said the physical museum will close part of the exhibit in September, and visitors won’t get to see all of the exhibit. But they could see it in VR.

In fact, the exhibit at the Renwick Gallery includes six sculptures outside the museum’s walls, spread out around the city, but with Sansar’s and Intel’s virtual environment they are available right there in the museum through a portal in one of the galleries, bringing the entire show together in a new way not possible in physical space.

“You can feel like you are actually at the museum, or see things that aren’t in the museum,” said Jason Gholston, head of Sansar Studios.