SiFive has hired former Qualcomm executive Patrick Little as its new CEO. His job will be to help establish the company’s RISC-V processors as an alternative to Arm in the wake of Nvidia’s $40 billion acquisition of the world’s leading processor architecture.

SiFive designs processors that can be customized for whatever its customers need, for products ranging from the low end to the high end of the computing spectrum. The processors are based on RISC-V, a free and open architecture created by university researchers a decade ago. They were motivated by principles of “hardware freedom” to offer an alternative to royalty-based processors like those licensed for a fee and controlled by a single company. RISC-V is becoming a bigger deal now that Nvidia has agreed to acquire Arm, Little said in an interview with VentureBeat.

“It’s just very clear that the world is moving away from generic processors to workload-focused and optimized solutions,” Little said. “It’s a fantastic opportunity, and the timing here is phenomenal. The industry is transforming away from general-purpose computing to something domain-focused. With the news this week, it’s now accelerating, and the magnitude has really picked up. Now there are many companies saying it’s time to look at open versus closed solutions.”

The CEOs of Nvidia and Arm have pledged to continue Arm’s open licensing strategy. But RISC-V can offer a better deal. The challenge is for it to build up its ecosystem of software, tools, and testing to make it a viable and universal alternative to Arm, which has about 95% of the smartphone market and whose licensees ship more than 22 billion chips a year.

Little succeeds Naveed Sherwani, who will step down from his role as president and CEO but continue to chair SiFive’s board. If the company plays its cards right, SiFive could become a key alternative to the superpowers of the chip industry. To take on this challenge, SiFive raised $61 million last month from investors that included chip superpowers Intel and Qualcomm. SiFive has raised $190 million to date.

Chip design is becoming increasingly important with the slowing of Moore’s Law, the prediction by Intel chair emeritus Gordon Moore that the density and performance of chips would double every couple of years. Little said design is how companies now differentiate themselves. 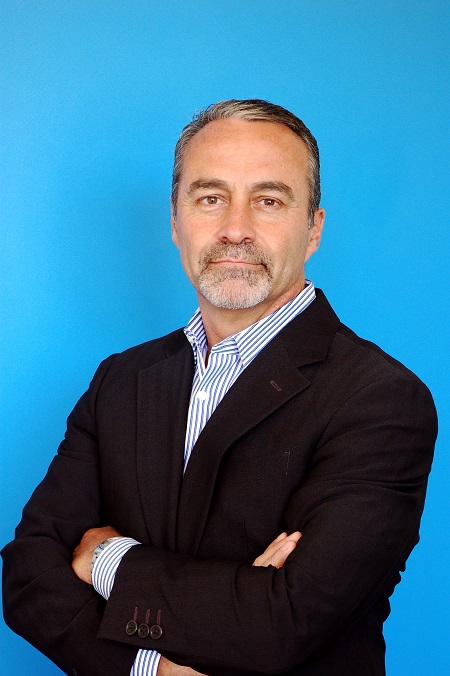 Above: Patrick Little is CEO of SiFive.

SiFive’s portfolio of processor Core IP is based on the free and open RISC-V instruction set architecture and consists of four unique micro-architectures designed to enable different classes of performance, efficiency, and features for application and deeply embedded uses.

SiFive recently announced a collaboration with the Barcelona Supercomputing Center to create a new application programming interface (API) for popular compilers, further enabling applications to use the RISC-V Vector Extension currently under development for high-performance computing, artificial intelligence, and computer vision applications. That’s an example of moving to the high end.

Little said customers are pushing the company further up the food chain, so designs that feature scalar and vector processing and high-performance optimization are taking up a lot of time.

“My job coming here is to unlock the opportunity for the company,” Little said. “We are moving from general-purpose processors to workload configurable processors. That’s a trajectory we’ve been on, and now it’s accelerating.”

SiFive has about 500 employees, as well as 15 locations where it helps customers design their chips.

Geopolitical issues could definitely give RISC-V a boost, as it is based in Switzerland, making it a neutral entity. Last year, Arm had to go through a complex legal process to figure out if it should license chips to China’s Huawei, which faced a ban from the U.S. Arm ultimately decided that as a U.K. company it was not subject to the U.S. restrictions. That equation has changed now that U.S.-based Nvidia will own Arm.

“RISC-V just offers the freedom in every dimension, and certainly geographical freedom,” Little said. “There is a gravitational move toward SiFive, and part of that has to do with global openness.”

Arm’s advantage is that RISC-V’s ecosystem isn’t yet mature.

“We’ve had many customers go into production now with a complete toolchain and a complete environment,” Little said. “Now the RISC-V ecosystem is moving into broader markets, like mobile. The ecosystem is maturing very quickly.”

The RISC-V organization is run by an industrywide body of supporters that includes SiFive. In fact, RISC-V’s founders are all working for SiFive in some fashion.

RISC-V International CEO Calista Redmond said in an email about the Nvidia-Arm deal, “The RISC-V ecosystem is made up of organizations across the silicon industry who have invested in multiple architectures. We anticipate that our member companies will continue to rely on legacy architectures for certain product lines, while also looking to RISC-V to meet the increasingly complex workload requirements of next-generation applications. RISC-V is free and open so no single entity controls the technology, meaning that everyone can help to shape this rapidly evolving frontier of computing.”