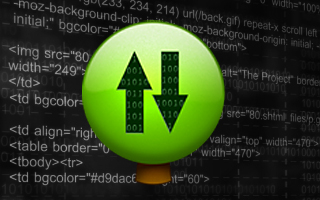 For a limited time, Atlassian is making SourceTree free for all in an attempt to attract more users. The app can be downloaded from the Mac App Store and via direct download from the SourceTree website.

Steve Streeting, the original SourceTree developer, is now working for Atlassian and will continue working on his app. In the future, SourceTree will get more resources from Atlassian to allow for more customer support and product integration.

“SourceTree has won over the hearts and minds of its customer base by building a brilliantly engineered app,” Atlassian chief executive and co-founder Mike Cannon-Brookes said in a release. “[It] provides serious relief to the headache of managing multiple repositories, letting you manage and interface with multiple Git and Hg repositories visually through a client instead of the command line.”

In the same release, Streeting stated, “Atlassian was the perfect place for SourceTree to set down new roots. I’m looking rolling up my sleeves and taking SourceTree to new heights.”

Over the past year, Atlassian said the number of Bitbucket accounts has tripled. In adding Git support, Atlassian hopes to bring even more users into the fold by offering customers the ability to use both Git and Mercurial repositories in a single code hosting service without limiting the number of repositories (both private and public) each user can create.

The company is offering unlimited private and Git repositories for teams of five developers free of charge.

Cannon-Brookes told VentureBeat that while he sees Bitbucket and its most popular competitor, Github, as having slightly different foci (Github skews toward open-source projects and public code repositories, while he says Bitbucket is more focused on private repositories for teams), he admits there’s a fair amount of overlap between the two.

“We believe Bitbucket offers more choice and greater flexibility for its users: support for both Mercurial and now Git, and unlimited private repositories,” he said. “Developers don’t get penalized by forking and sharing code privately. Bitbucket is priced based on the number of collaborators, not the amount of work those collaborates do.

“SourceTree similarly is about developer choice and flexibility. SourceTree supports Mercurial, Git, and Subversion. And you can connect SourceTree to a variety of code hosting services, including Bitbucket and Github.”