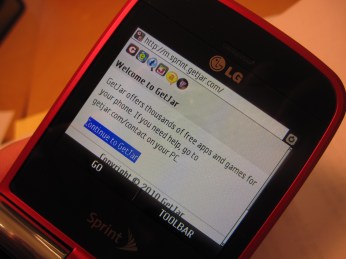 The spectacular non-success of Nokia’s Ovi app store has proven that you can’t predict success, even with Nokia’s best and brightest on the job.

That’s why Sprint, America’s third-place wireless carrier, chose not to even try to build their own app store for their new all-free download catalog.

Instead, Sprint has partnered with GetJar, an free-app download store founded in Vilinius, Lithuania in 2004 by a group of enthusiastic game developers.

GetJar’s download count is second only to Apple’s — millions and millions — because they’ve been around for five years. The company’s next goal is to become a name brand in America. In the summer of 2009, they moved from Vilinius to San Mateo, in the heart of Silicon Valley. 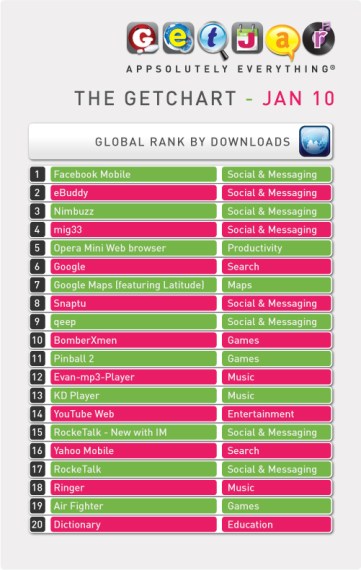 For Sprint, GetJar’s catalogue is a great match because it caters not only to smartphone owners, but to the larger U.S. audience of “feature phones,” industry slang for non-smartphones. GetJar’s Belgian-born VP of marketing, Patrick Mork, says their catalog now supports more than 95 percent of all handsets in use. Thousands of free GetJar apps work on the Nokia, Samsung and LG phones carried by less-spendy Americans and their teenagers.

“A lot of app store announcements have been wishful thinking,” Mork said on a phone call. GetJar’s store is already built out, already has a community of app developers, supports even the free phones Sprint hands out, and has already worked out its payment issues with those developers.

Here’s how it works: Neither Sprint nor GetJar pay each other anything in the new partnership. Instead, developers pay GetJar something like 17 cents per download for their free apps, which they use to market brands, products, or paid services. What they’re paying for is placement in front of a huge audience. On new Sprint phones, there’ll be a home screen that says “Downloads,” which will link to options including one to download free apps from GetJar.

In addition, the biggest GetJar downloads are those that receive premium placement at the front of the catalog. App makers Opera, MySpace and Google pay to get on the homepage. Google’s app has been downloaded 5.6 million times from GetJar.

CEO Ilja Laurs told attendees at our MobileBeat conference last year that “apps will be as big, if not bigger than the Internet” as a moneymaker. Google evangelist Vic Gundotra disagreed with him, saying that most apps will really be simple wrappers for browser-based applications that use advanced HTML5 technology. Laurs’ point was that consumers will still think of those as apps, because that’s how they’ll be presented on mobile screens, as clickable icons rather than URL links.