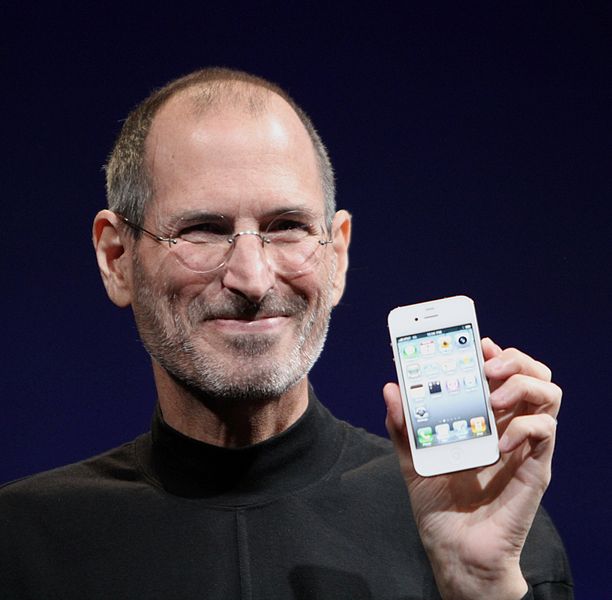 Steve Jobs, the co-founder and former chief executive of Apple, has died. He was 56.

Jobs was a visionary leader who, more than any other single person, reshaped the face of consumer technology.

He was often quoted as saying, “We’re here to put a dent in the universe.” He did exactly that.

From his earliest computers, co-developed with Apple cofounder Steve Wozniak, to the smartphones and tablets that his company developed, Jobs showed a singleminded dedication to building products that were easier to use, better-looking and more intuitively useful than what had gone before.

He liked to say that Apple’s products were “magical.” If they were, he was the marketing and technology magician behind the curtain.

And if they weren’t exactly magic, Apple’s products were certainly a sufficiently advanced technology.

Many of the innovations that Apple would become famous for — the mouse, the desktop metaphor, icons, touchscreens — didn’t originate with Apple. But Jobs clearly had a knack for identifying ideas that weren’t reaching their full potential elsewhere, then integrating them into compelling products that struck a chord with consumers.

The Macintosh was the first commercially successful computer to use a graphical user interface and a mouse, a decade after the technologies had debuted at Xerox PARC and SRI. The iPhone threw out the book on how to make a smartphone and reoriented an entire industry around touchscreens and apps, well after touchscreens first appeared in PDAs like the PalmPilot. The iPad succeeded in making a popular tablet computer after Windows-based computer manufacturers had tried to do so for nearly a decade.

Jobs was also a tough and uncompromising manager who inspired fear as well as admiration. He developed a reputation for not suffering fools, reportedly ending job interviews within minutes if he sensed the candidate wasn’t up to snuff. He was an awe-inspiring negotiator who won favorable deals for Apple from a string of companies, from record labels and Hollywood studios to AT&T, Verizon and telecommunications carriers around the world.

He was also adamant in resisting features that weren’t necessary. He’d say no to keyboards, because touch technology was enough — even though the vast majority of smartphones had keyboards and people would have thought it was crazy to drop them. He’d say no to multiple buttons on the front of the iPhone — it needed only one. Before that, he’d said no to floppy disks, optical drives, multiple-button mice and more.

Under Jobs’ leadership, Apple built a “vertical” empire, where everything in its line of products was dictated by the relentless focus on quality, and Apple controlled every slice of the value chain, from components and computer hardware to the operating system, software, online services and even digital media like songs and movies. That strategy went counter to and eventually won out over the “horizontal” empire that Microsoft and Intel had constructed.

Jobs was pushed out of Apple back in 1985, when his first spurt of creativity and leadership came to an end and Apple was losing market share. Jobs lost a board fight, and John Sculley was appointed to replace him as CEO.

However, Jobs’  banishment is credited by some for the source of the genius of his reign since 1996. By departing the computer industry, Jobs was forced to get new perspective, and this undoubtedly played a role in letting him cut Apple’s ties to the past. He injected new life into Pixar, turning it from a tiny boutique animation shop into a dominant force in Hollywood movies and, eventually, the creative savior of Disney.

After his company NeXT was bought by Apple, and Jobs returned, he brought with him a new philosophy favoring recognizable products and simple design. His experience at Pixar, as chairman, also gave him an understanding of the entertainment industry. Indeed, it all became the recipe for Jobs’ incredible second act. He helped Apple launch the iPod music player in 2001. Then, after building out its iTunes business model, Apple built a phone product on top of that, with the release of the popular iPhone in 2007. The mobile app revolution was sparked, and Apple left everyone in the dust.

As a result, Apple’s stock has climbed steadily over the past several years. It first became the most valuable company in the world briefly in August, when it surpassed Exxon for the first time. Apple surpassed Google three years ago, a testament to how the market perceives Apple’s business to be on firmer ground than Google’s. Google’s forays into software and into mobile phones look very much like Microsoft’s — horizontal plays that remain open to design weaknesses. Apple’s iPhones are pretty, and Google’s Android phones, while offering lots of cool features, remain universally criticized for their lack of attention to detail, and for compromising on key things like performance and battery life.

And then there’s Apple’s iPad, which first debuted in 2010. Apple was never supposed to be an “enterprise” company, or one that sold products to large companies. It was a consumer company. But surprisingly, by early this year, some 80 percent of Fortune 100 companies had already adopted the iPad in some form, according to Apple. It’s this last product that has helped pushed Apple to its global leadership position, and which helped lead HP — once the Silicon Valley icon of quality — to so stunningly kill off its own tablet operations.

The iPad was quite a final act. Jobs reportedly called it “the most important thing I’ve ever done.”