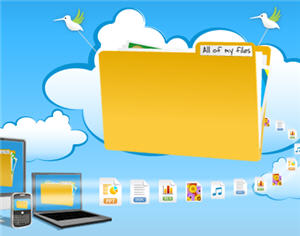 We’ve written before about Sharpcast and its creation, the SugarSync system that let users backup, sync, and share files from their computers and smartphones. VentureBeat writer Anthony Ha called it “the simplest and most usable sync service I’d seen.”

But Sharpcast hasn’t been able to take off as a business the way it should with a product this solid. In January, CEO Laura Yecies, who had taken the helm a month earlier, acknowledged that the company’s lastest $10M funding round was a down round, meaning that the valuation of the company was lowered by the new investors.

Today, San Mateo-based Sharpcast will announce SugarSync’s extension to the Android OS. This means that it’ll run on T-Mobile’s G1 phone build by HTC. More important, though, it’ll run on the Android-powered netbooks currently in the works at Asus and other notebook makers.

Yecies explained to me over the phone that she expects Android netbook users will love SugarSync as a means of storing their larger troves of data — meaning photos, videos and music — in the cloud or on their home computer, rather than on a netbook. Just as SugarSync does for smartphones, it will enable netbook owners to stream their home music collections and flip through their photo collections, without needing to store space-consuming audio, image and video files on their netbooks, where they can all too easily be destroyed or lost. A netbook with SugarSync will be able to access files either from the cloud, or from a personal computer. SugarSync doesn’t seem to much care what operating system it’s running on, and it supports a wider range of platforms — BlackBerry, Palm, iPhone, Windows Mobile, and now Android — than most smartphone products and services.

The question is, will customers buy? SugarSync has a wide range of service plans ranging from $5 per month to $250 per year. But Yecies balked at giving me a clear idea of her number of customers. “We’re seeing a ton of growth in new users, conversations on the web that are super positive, and overall daily usage of the product,” she emailed in response to my requests for numbers, adding, “The fact that a large percentage of our customer base have paid accounts is a very strong statement about the value of our service, particularly in an age when consumers frequently opt for only free Web services.”

That’s true. Yecies did tell me that SugarSync is now syncing 4 million files per day. But that could mean only a few thousand users, depending on how many files they keep. Yecies knows she needs to jump-start sales. She’s hoping Android netbooks will become a platform SugarSync can own, thanks to a lack of Apple or Microsoft services. Unlike Google engineer and evangelist Vic Gundotra, who adocated stuffing everything into the browser and the cloud at last week’s MobileBeat conference, Yecies says Sharpcast firmly believes that sometimes you need a local application to get things done right, especially when dealing with large amounts of audio, photo and video data. That attention to detail, plus realistic, rather than ideological, product design and implementation may yet make SugarSync a winner.