The Winter Olympics in Pyeongchang, South Korea will begin tonight, and by the time they’re done, more than 4 billion people will likely have watched the various athletic events. Technology is integrated into the show, including the dazzling lighting effects in the Opening Ceremony, as well as the 1,200 “shooting star” drones that Intel used to create aerial images such as the Olympic rings.

Alibaba is providing the cloud service and ecommerce for the Olympics and is sending several hundred employees to South Korea to handle the operations. The effort is a dry run for China’s turn hosting the Winter Olympics in 2022. Atos, a French information technology company, is handling IT for the event. Atos has moved all of the critical IT systems to the cloud — a first for the Olympics — as cloud computing has become the most efficient way to distribute digital entertainment.

“This is what we call the digital transformation of the Olympic games,” said Marta Sanfeliu, Atos’ chief operating officer for the Olympics and major events, in a press briefing. “It’s a real journey.”

Above: Atos charted the evolution of IT for the Olympics.

The Olympics employs about 200,000 people in 37 countries. The Pyeongchang games will include 36,000 volunteers, 3,500 technical staff, 4,500 athletes, 12 venues, and 50 critical IT applications. About 25,000 media professionals will be attending. There will be about 4 billion worldwide viewers across 250 digital platforms, and digital coverage of the events will likely be twice the TV coverage.

Atos, which has been involved in the Olympics since 1989, will run about 100,000 hours of testing on the cloud infrastructure for the games. Back in 1992, with the Barcelona Olympics, the servers were all run on local physical services. Now, the various cloud-based systems are much broader, and those systems have to deal with tasks such as enabling websites, mobile distribution, apps, social media, live results, and cyber security.

“Setting up these environments in a new place every two years is very difficult,” Sanfeliu said.

Intel will enable fans to watch Olympics content in virtual reality, and the company will be deploying drones to shoot footage. Samsung provided athletes with SmartSuits that have sensors to capture the metrics of their movements for training and race-time analysis. And the International Olympic Committee has worked with Intel and Korea Telecom to create 5G wireless infrastructure at select Winter Games venues. Intel also launched more than 1,200 drones to light up the skies with images of a snowboarder and the Olympic rings. 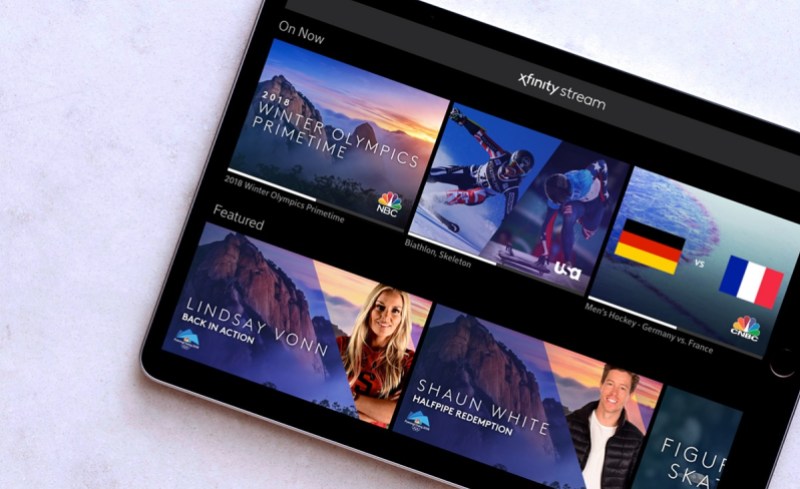 Above: Comcast will have a variety of navigation screens to sort through the programming.

Comcast, meanwhile, will be broadcasting the Olympics via its NBCUniversal division. The company began work building its infrastructure for the Olympics 18 months ago. It has created on-demand channels so you can view all of the Olympic events in their entirety, regardless of what is showing on primetime TV. You can use the Xfinity Sports App on mobile to watch livestreams or on-demand archives.

NBCUniversal will deliver 2,400 hours of live, on-demand, and online streaming coverage across 102 events. It will be encoded in 4K HDR at 20 megabits a second. And the 60 percent of Comcast’s 22 million subscribers with Xfinity X1 set-top boxes will get access to 50 custom “virtual” channels that are like a video Pandora, or continuously rotating YouTube channels — collections of related videos so you can watch one stream after another. 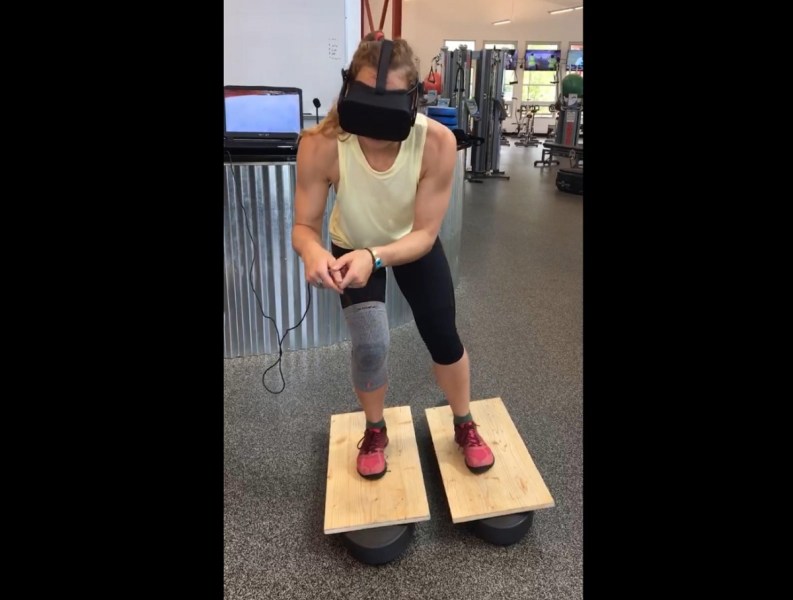 For fans who are at the event, Visa will be showing off 1,000 contactless payment terminals throughout the venues.

The athletes are also benefitting from technology. Ralph Lauren is giving them parkas with built-in heating systems so they won’t be shivering all the time. The parkas have batteries that last for 11 hours and three heat level settings. The U.S. skiers and snowboarders also benefited from virtual reality training systems that immersed them in the Pyeongchang area slopes.

On a more sobering note, McAfee warned that fans both onsite and at home need to be wary of Olympics-related bait from cyberattackers. The U.S. Computer Emergency Readiness Team (US CERT) also issued warnings for fans — advising safety measures like turning off Wi-Fi and Bluetooth connections for smartphones when they’re not in use.

“Unfortunately, in the heat of an exhilarating victory or crushing defeat, common sense often goes out the window,” said Eric Cole, former chief technology officer at McAfee, in an email. “Don’t let yourself get so carried away that you forget that the bad guys are just waiting for you to slip up.”

Cole says the public should stay off public Wi-Fi, use only one credit card, avoid ATMs, and be careful when using social media and email.

“If you’re halfway around the world in South Korea, do you really want others to know that your house might be unattended?” Cole asked. “They will, if you post photos and updates from the Olympic venue on social media. Wait until you get home to post your photos. Be extra vigilant about emails, especially those that might point you to tempting sites for discounted event tickets or offer ‘exclusive’ information about scores or athletes. Don’t click on links or downloads, even from people who appear to be someone you know — they could be the adversary trying to trick you. Stick to text communication only in your emails.”