Only in Las Vegas would you expect to see a party like this.

The craziest party that I attended at the Consumer Electronics Show was the Microsoft event on Thursday night at the Omnia Nightclub at Caesars Palace.

The room was jam-packed, and it was clearly the place to be at CES, the biggest tech trade show in North America. I’m not sure how the branding psychology goes here. But without a doubt, this was a party full of cool people having fun. They were at a Microsoft party. Therefore, Microsoft is cool. And that’s why it spent a lot of money on this thing. There were lots of folks from the public there too, and they presumably paid their way in. So it probably wasn’t quite as expensive to put on as it looked. Still, there was evidence of money thrown around everywhere, like the women in Stormtrooper outfits.

When I got there, a huge crowd of people were waiting outside. I had to text a special VIP escort with a secret message. “Forward Unto Dawn.”

The man called me back on my smartphone. He came walking out, gave me a yellow wrist band, and then escorted me to his boss. The boss stamped my wrist. He took me into the club and handed me off to another man, who also stamped my wrist.

He took me to two VIP tables that were fully occupied. By fully occupied, I mean there were people dancing everywhere, and others were standing on the seats in order to get a view.

There was expensive stuff there, like a bottle of Dom Perignon champagne. 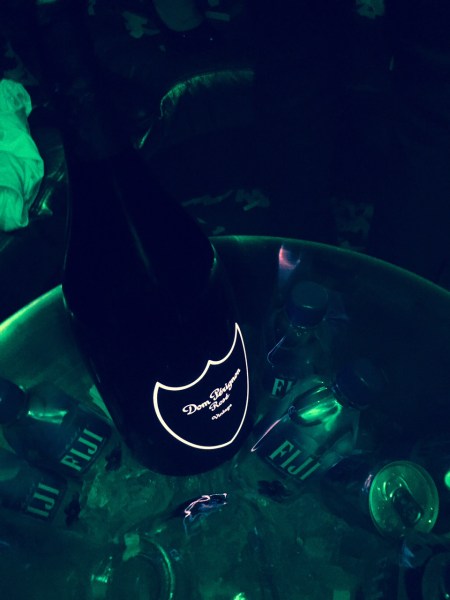 I didn’t drink, except for a couple of orange juices. This was not a party for talking. Steve Aoki, a world-famous DJ, was the headliner.

Darth Vader descended from the ceiling on a trapeze-like thing. 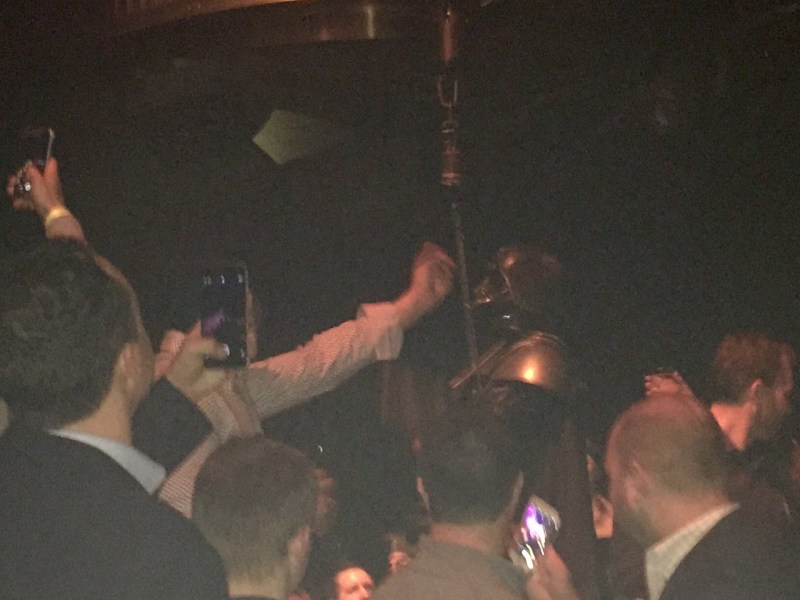 Above: Darth Vader at Microsoft party.

He came down and took a selfie with a guest. Then he returned to the ceiling. After that, a group of sexy women in Stormtrooper outfits came out, carting what I believe was a very expensive bottle of whiskey to the VIP tables. They carried the bottle in a special Darth Vader Tie Fighter. 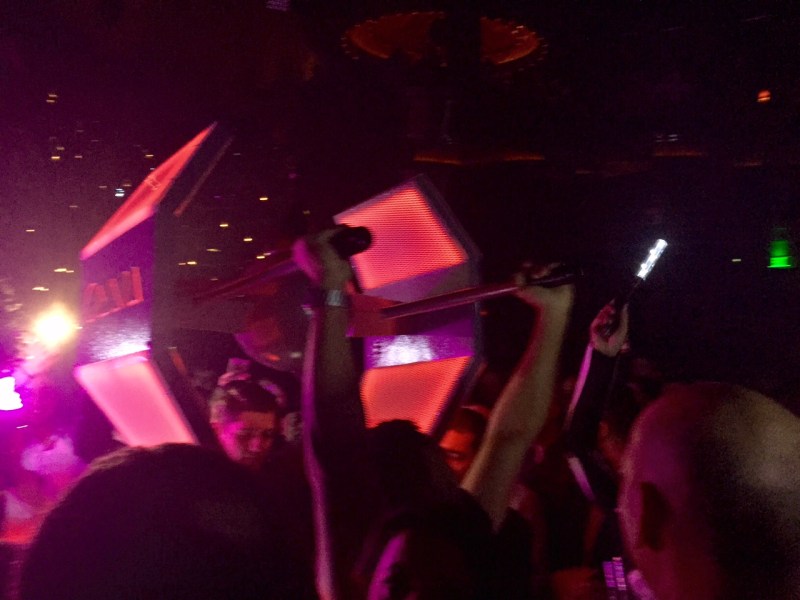 Later on, scantily clad women descended from the ceiling on trapezes. 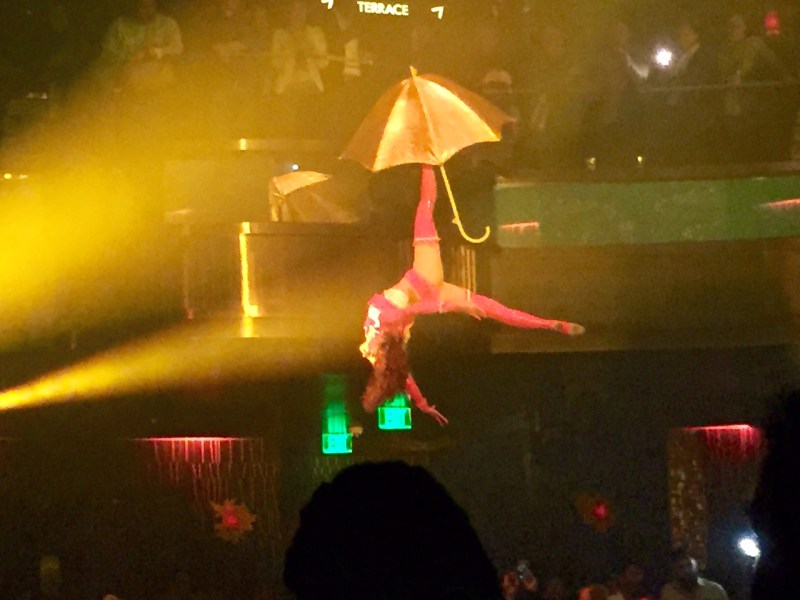 Above: A woman hangs from the ceiling at the Omnia nightclub.

A countdown ensued. Aoki came to the turntable and keyboard. He started jumping up and down. And the crowd went wild. I sat on the top of the vinyl chairs, soaking it in. The place was filled with beautiful people — and a bunch of nerds. They occupied every inch of space, from the dance floor to the second floor balcony.

They were inches apart and jumping up and down. One woman pushed past me, tugging along a visibly sick friend. They just brushed past without a word, nearly knocking me off the couch.

Later on, I left with another guest. He said, “Can you imagine people live like this every day here? This kind of party is going on in every nightclub in every hotel, every night.”

For me, it was a rare glimpse into a side of the tech world that I hadn’t run into in 25 years of tech writing. And it was a crazy scene. I am sure it lasted hours after I left. Thankfully, I missed the part where Aoki threw full sheet cakes into the crowd.

The host from Microsoft said, “Our approach is to try to capture the spirit of this city, to strive for the height of the kind of spectacle that people fly from all over the world to Vegas every day to experience.”