AR and VR have delivered on the promise to supercharge the enterprise’s education and training industry. From workflow support for sectors like manufacturing where factory floors are made consistently more safe and productive, to teaching employees soft skills that allow them to better adapt to the ever more nuanced demands of the modern workplace, these “embodied” digital formats inherently drive positive results because both our cognition and bodies believe the experience to be real.

Starting in 2016, I began to cover the education niche of VR and primarily through the lens of the remarkable journey traveled by U.K.-based VirtualSpeech; a startup that has never raised a single drop of venture funding and yet (or despite of) has found a viable product-market fit that the team reached through a process of trial and error that has, since last year, positioned them in revenue-positive territory.

VirtualSpeech is based on a hybrid model that pairs VR with traditional course programs like e-learning and in-person training, affording users a chance to practice what they have learnt in realistic environments in order to really absorb and integrate essential soft skills much more effectively.

“User engagement for our courses has also been very encouraging, particularly for the VR part of the courses, where the majority of users complete all their course scenarios. We’ve read about how engagement for online courses is typically low, so we are pleasantly surprised by our engagement levels.” says Dominic Barnard, a cofounder at VirtualSpeech. “As we progress forward, I see the B2B route for us becoming a key avenue for growth, as companies begin to shift budget away from expensive in-person training and into VR training, where users performance can be monitored and ROI accurately measured.” 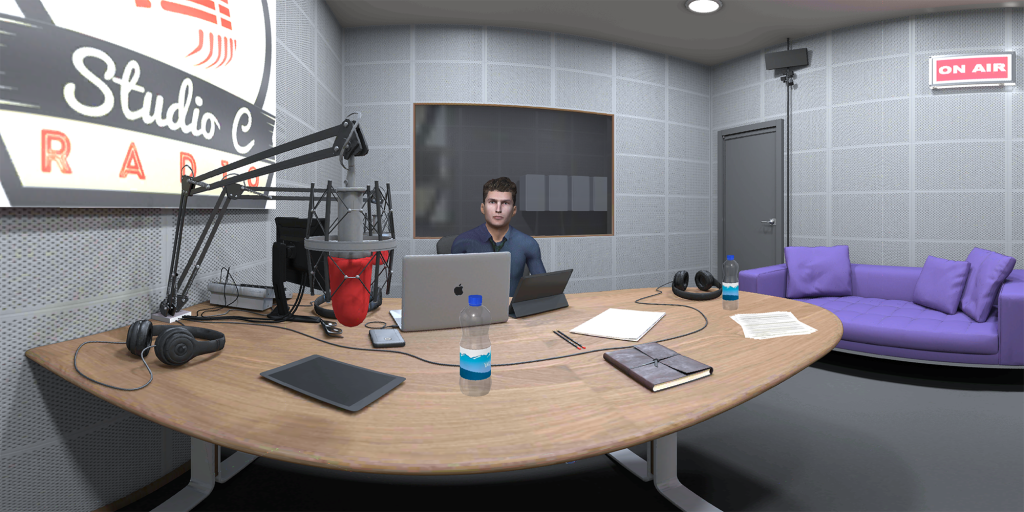 Above: Practice for your radio interview with a live trainer with VirtualSpeech.

That most of the success cases in the news about VR and AR education have been fairly isolated to the needs of the enterprise isn’t surprising, thanks to the simple fact that the public education sector is by comparison a bureaucratic jungle of red tape that makes it that much more difficult to penetrate for spatial computing startups that have limited resources and runway.

There is, however, the prospect of reshaping, rejuvenating, and revolutionizing the educational landscape for the next generation of youth. After all, spatial computing triggers our physicality and appeals to our imagination; a unique combination that allows this interactive digital format to help us store learning in an emotional and instinctively charged way that has never been possible before.

Last month on The AR Show, host Jason McDowall interviewed Amy Peck, the CEO at EndeavorVR, who spent a good chunk of the podcast discussing the promise of spatial computing for early education, a subject that particularly resonates for Peck since she is the mother of two children she describes as being “diametrically opposed learners.” Her eldest, for example, is a very linear academic learner that does well on tests and therefore tends to excel in traditional academic environments. Her younger son, on the other hand, is what she coins a “volumetric thinker”.

“It’s also the kind of intelligence that sadly land him in the principal’s office quite a bit. Because he’s looking for the whys and wheres, and kind of wants to understand how everything works and doesn’t enjoy sitting in a classroom and being taught reading, writing, and arithmetic.” Peck said during the interview. “What happens when kids are at a fairly young age in middle school is, some of them hit the ceiling in their understanding of math and science. And it becomes very, very, difficult to engage all of the students in the way they learn best.”

The idea is whether emerging tech like spatial computing can help unshackle unconventional thinkers or ones that, for whatever reason, lose interest and therefore focus in traditional Prussian-style education settings like Peck’s youngest son (or myself, for that matter).

Although it’s impractical to expect a single teacher to be able to service a group of students in an individualized way, we do see it nevertheless happening in the real world at experimental schools like Agora in Roermond, Netherlands. And with the help of AI, immersive education seems fully capable of offering customized education through a digital format as well.

Peck believes that VR represents the opportunity to create systems that takes the pressure off of teachers to have to “teach to the test” or to the specific standards and instead can serve as guides to the curriculum, really letting the child learn in the way that suits them best personally. This would naturally open up a totally new generation of children that don’t get stunted at 13 and give up on STEM education. They, she says, get an extra six or seven years of STEM education.

The push to make this happen is already underway with social enterprises like TechRow, which already brings immersive technology experiences to over twenty K-12 schools throughout New York City. The company leverages immersive technology to build the capacity of schools to support teachers and improve student engagement with the goal of enhancing learning outcomes.

In June, I described how the next generation of mobile connectivity will allow high-fidelity VR and AR to be streamed to the masses in the frictionless manner in which the tech has always been ultimately intended. Indeed, 5G’s potential is mind-blowing insofar as it will allow emerging tech in general to extend their scope of influence by orders of magnitude that, in turn, will allow immersive education to go live and multiplayer at a scale that makes the experiences as persistent and ubiquitous as real life.

Enter Axon Park, the company that is equalizing access to learning by connecting people globally through VR and AI — and live. 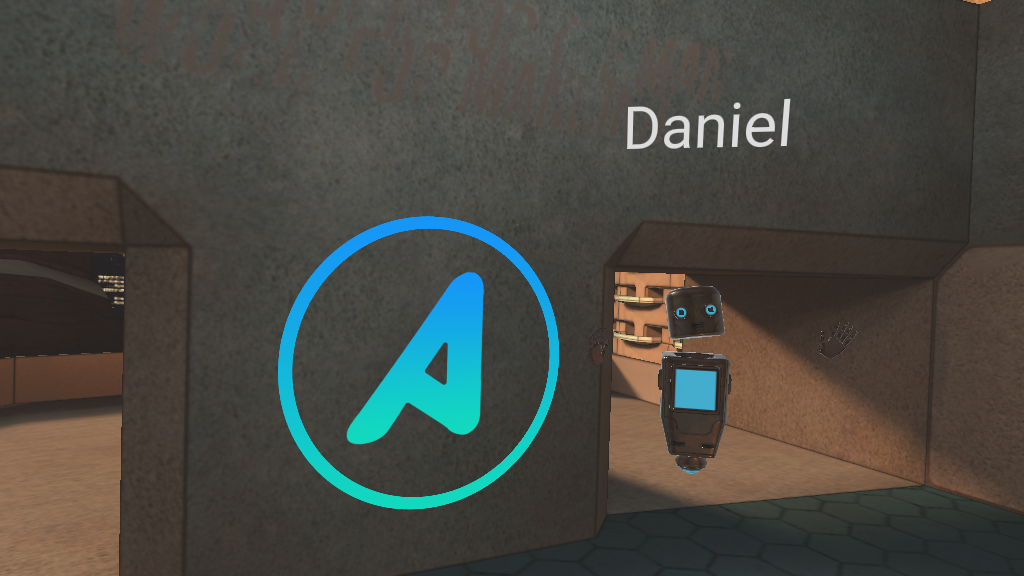 “When you use virtual classrooms, you are no longer constrained by physical space. It doesn’t matter where the students or best instructors in the world are based, everyone can just pop on a headset and be together.” says Taylor Freeman, founder and CEO at Axon Park. “It’s definitely a form of teleportation. It’s going to create incredible opportunities for people who live outside the metropolitan areas where high quality instruction isn’t as accessible. I definitely expect to see a true revolution in learning with this XR platform shift.”

The platform is hosting their first ever full semester length college course, which will be taught completely in VR this fall, featuring industry vet, Alex Silkin, co-founder and CTO of Survios, as Axon Park’s first live lecturer. Students join Silkin twice a week in order to learn how to build best-in-class immersive worlds with one of the pioneers that has firsthand helped to shape the industry. And like traditional institutions, admission is highly competitive, designed for expert-level developers, and even offers financial aid for students in need.

“I firmly believe in the potential of VR to revolutionize education. We have already seen how much more engaging education is when we introduce videos and interactive experiences.” says Silkin. “VR takes this to the next level by putting the student right in the center of the action, allowing them to experience the subject matter face to face, rather than through a small square window on a 2D screen.”

That real humans can project as teachers who are accessible at scale is already an awesome enough feat, but the tech naturally opens the door for autonomous avatars to step in as assistants, administrators and, perhaps sooner than we think, immersive guides in their own right. Virtual beings ought to make the very idea of recorded lessons obsolete, and their activity will likely prove to be complementary, rather than overlapping or interfering with, the work of human teachers.

“We will build Axon into an embodied AI capable of teaching a student in a custom and adaptive way, similar to how a human tutor might work with a student. Over time, AI instructors will likely become the primary form of knowledge transfer, whereas human teachers will be much more focused on social and emotional intelligence,” Freeman told me. That’s quite a future.