New York is becoming a major tech hub. San Diego and Chicago are healthy tech markets, too. But when it comes to tech acquisitions, Silicon Valley still reigns supreme.

Nowhere else even comes close. Silicon Valley (including, for this research, San Francisco and the surrounding region) dwarfs the nine other areas listed, with 281 total private tech acquisitions in 2013, or nearly one every business day. All the other cities on PrivCo’s top 10 list combined don’t reach 281 total acquisitions.

Silicon Valley also had the biggest deals on average, according to PrivCo CEO Sam Hamadeh.

“If anything, this year’s data show Silicon Valley leading New York by a wider margin than even 2012,” Hamadeh told VentureBeat.

Still, New York cemented its role as the United States’ runner-up tech hub last year with 74 private tech acquisitions, according to PrivCo. The city’s largest deal was Tumblr, which Yahoo snapped up for $1.1 billion in May 2013.

Mayor Bloomberg deserves some credit for New York’s recent tech successes. His administration placed a high priority on tech initiatives, which ranged from tax incentives for tech companies to opening a joint tech campus with Cornell to lobbying Facebook to open an NYC engineering office (it did).

“It seems like, after a lot of false starts. … New York City really has an established tech ecosystem that’s here to last,” said Hamadeh. “New York is actually producing companies that are worth buying.”

Boston had an uncharacteristically weak year, which Hamadeh attributes to weakness in the biotech industry. PrivCo counted 13 total tech acquisitions in Bean Town last year, compared to 62 in 2012.

Overall, the tech industry continues to become more geographically diverse, said Hamadeh, but Silicon Valley is still the place to be if you’re an aspiring tech entrepreneur.

“This data is the best proof of success, because just funding data doesn’t adjust for failure rates,” said Hamadeh. “And nowhere can compare to Silicon Valley.”

We’ve included two graphics below: an infographic with the top 10 metro areas (as ranked by total private tech acquisitions) and a straight-up top 10 list, both created by PrivCo. For more info, check out our earlier reports on the top 10 acquirers of the year and most successful VC firms of the year. 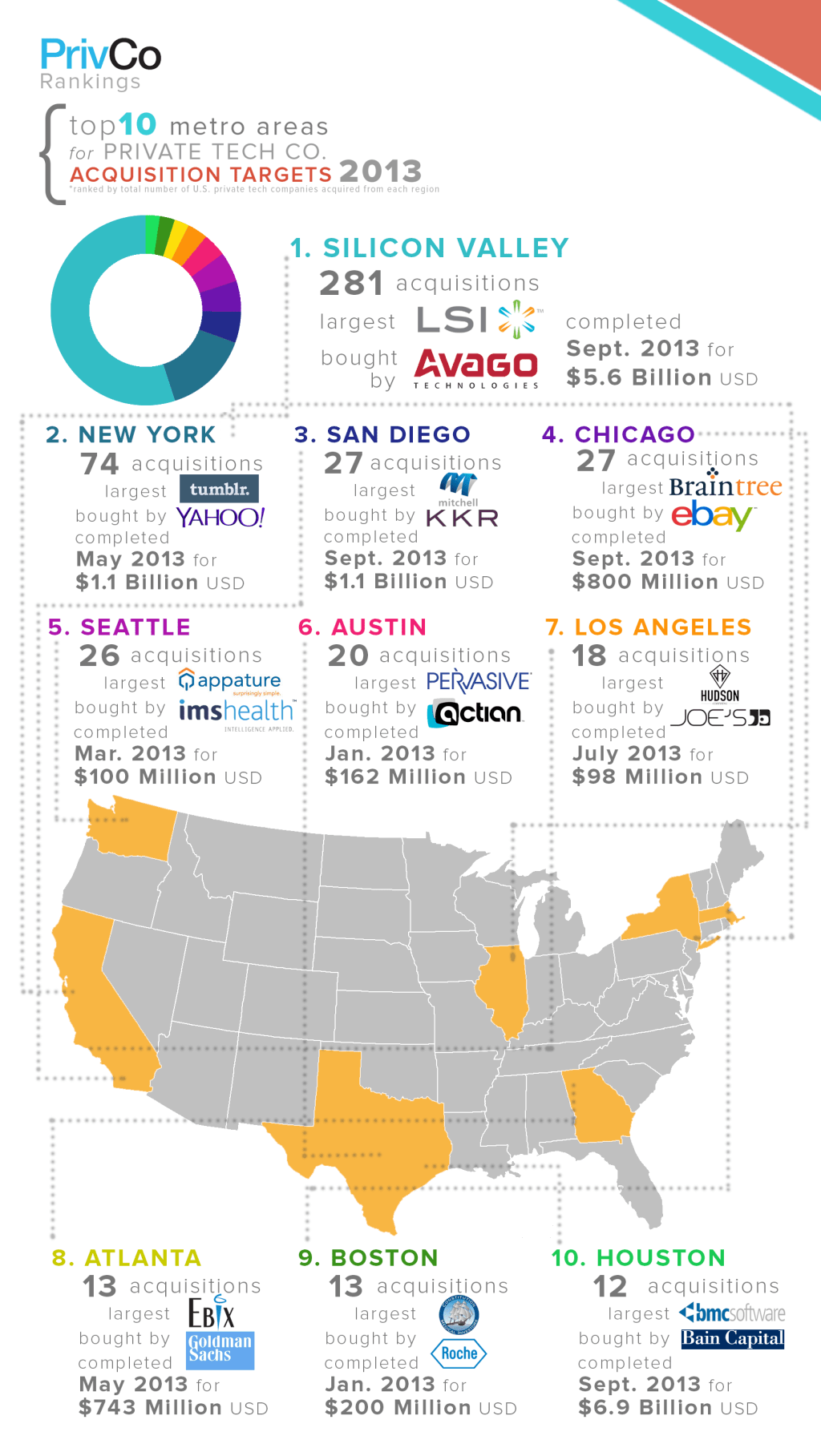 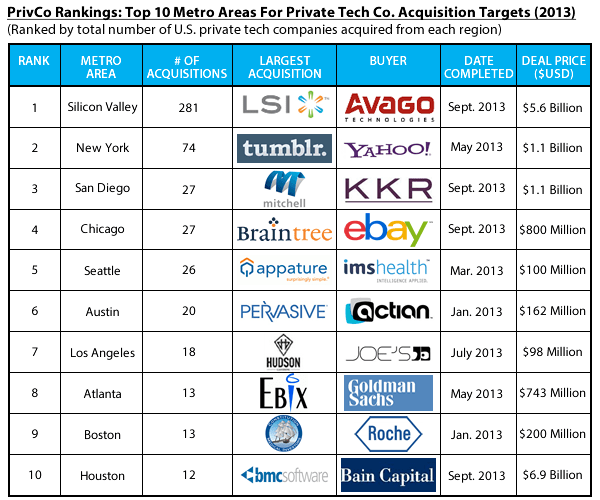