Nontraditional educations and career paths shouldn’t disqualify computer scientists from well-paying jobs, so long as they have the right skills. That’s the seed of an idea which spawned Triplebyte, a San Francisco startup that uses coding quizzes and machine learning to match would-be employees with open jobs. After a year in which revenue grew three times (over $1 million monthly) and headcount doubled from 20 to 40, it’s attracted funding from a raft of investors including Y Combinator.

Today, Triplebyte announced that it’s raised $35 billion in series B financing led by YC Continuity, Y Combinator’s investment fund dedicated to supporting YC alumni companies in subsequent funding rounds, with participation from Founders Fund’s Brian Singerman, Caffeinated Capital, and Initialized Capital. As a part of the round — which brings Triplebyte’s total raised to roughly $48.1 million — Ali Rowghani, a veteran of Pixar and former Twitter COO, will join the board of directors.

CEO and cofounder Harj Taggar said that the fresh capital will enable Triplebyte to expand beyond the Bay Area into Los Angeles, New York, Seattle, and Boston later in the year.

“[My cofounders and I started] Triplebyte to solve the problem that every company now has to build their own software and they need to find engineers to do it,” said Taggar, a Y Combinator board of overseers member who previously founded auction and marketplace management company Auctomatic. “There’s not enough engineers graduating from traditionally well-known colleges to meet this demands, but those are the only places companies know to look for talent. The solution is creating a new credential that companies can use to find engineers from any background.” 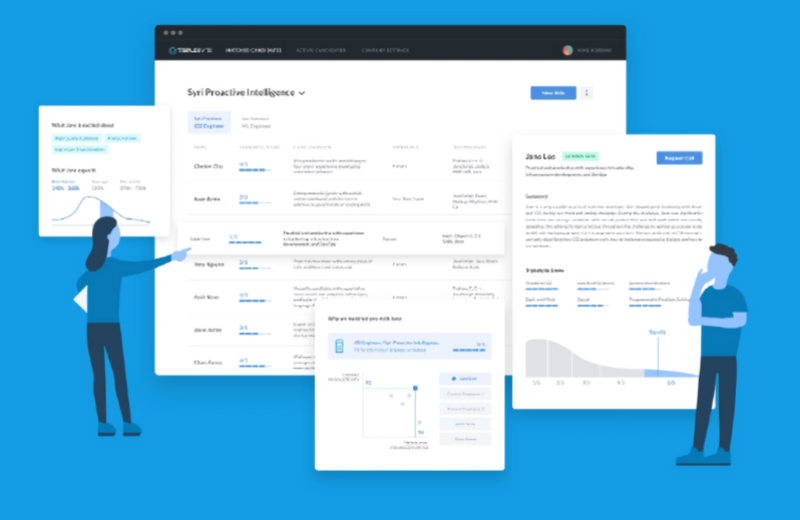 Taggar’s partners — Ammon Bartram and Guillaume Luccisano, who helped to grow startup Socialcam to $100 million active users before Autodesk acquired it in 2012 for $60 million — say they personally experienced the kind of employer discrimination they hope to combat with Triplebyte’s toolset. Bartram was homeschooled and attended a small college, while Luccisano studied French at a technical school. After moving to Silicon Valley in 2010, they say they had to purposefully seek jobs at companies willing to hire engineers from nontraditional backgrounds, like Justin.tv (Twitch’s progenitor).

Triplebyte, then, uses a combination of online skills tests, “background-blind” interviews, and AI to evaluate engineers’ programming aptitudes and match them with available roles. It saves them time, Taggar contends, and supplies companies with a pool of qualified, diverse candidates that might not have emerged from traditional recruiter-led resume screenings. Corporate clients additionally get data about job seekers’ skills and comparisons to previous engineers who’ve completed interviews.

It’s worth noting that Triplebyte isn’t the only hiring platform that emphasizes raw skills over educational backgrounds. Waterloo, Ontario-based Plum.io homes in on characteristics like work ethic, teamwork, and leadership in matching candidates with companies, in part with AI and a database of 24 trillion data points built by in-house psychology experts. Vervoe offers an AI platform that evaluates applicants’ on-the-job skills and automatically recommends top scorers to hiring managers. And Andela, a company that connects top African programmers with U.S. startups, plans to make available AI-powered tools to assess candidates and match them with companies.

But Triplebyte’s approach evidently won over Adobe, Apple, American Express, Blackrock, Box, Dropbox, Instacart, Uber, and Philz Coffee, all of which are currently using it to fill roles. In all, it counts more than 500 clients among its customer base, which have collectively hired over 1,000 engineers using Triplebyte’s suite since 2015.

The eventual goal is to introduced “new ways” for engineers to gain insights into their skills and how best to improve, Taggar says, and to develop recruitment tools that identify candidates with even greater precision. “[This is] what Triplebyte is — the new credential for engineering skill that’s open to anyone,” Taggar said. “You don’t need money or a network to get access to Triplebyte. Just a laptop and an Internet connection.”