One of Las Vegas’ most well-known venture capital firms is undergoing a bit of transformation. The VegasTechFund has rebranded itself to highlight its changing focus. Now calling itself VTF Capital, it’s setting out to make investments throughout the United States in startups within the commerce and marketplace sectors.

Started by Zappos chief executive Tony Hsieh, Zach Ware, Will Young, and Fred Mossler in 2012, the original intent of what’s now VTF Capital was to support the Las Vegas technology ecosystem. However, the team naturally progressed toward “what provided the most value to companies and brought the most value based on our experience.” As it stands, the firm has made more than 90 investments, with 70 percent based outside Sin City. 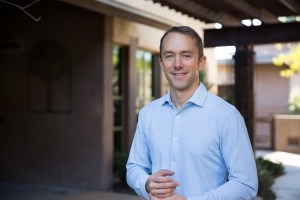 “Early on, we were early investors and operating as a fund. We didn’t know if it made sense to say what we did,” explained Ware in an interview with VentureBeat. “We wanted to meet incredible founders and didn’t think it was productive four years ago to say what categories we wanted to focus on.” As the firm matured, the founders realized they weren’t meeting a lot of companies due to a poorly articulated statement of what VTF did and their reluctance to specify a space they wanted to invest in.

That all changes today. Not only have Hsieh and Mossler stepped away from day-to-day operations, leaving the primary team as Ware and Young, but they have also established a dedicated focus on vertical commerce, physical commerce, and access, along with a shift away from just Las Vegas to look at startups from Los Angeles, Dallas, Columbus, New York City, San Francisco, and other cities. It also isn’t going to actively encourage portfolio companies to relocate to Las Vegas, something the firm did in its early days.

“We realized that forcing a company to relocate to Las Vegas just wasn’t the best when they needed to be closer to their customers. There are some companies where living [here] makes a lot of sense and for others it doesn’t,” Ware said.

While VTF Capital has always looked at commerce and marketplace companies, this is the first time that Ware is publicizing it, in hopes of attracting interesting startups. It’s an area he and Young know quite well and have deep experience in, whereas other investors, he asserts, “don’t know how to build a company in the space.” 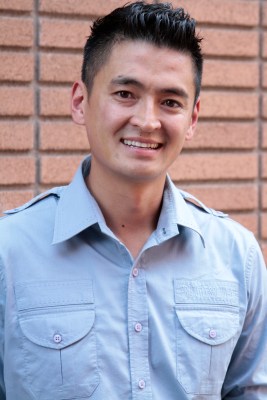 “Great commerce is a collection of smart systems and brilliant financial planning. Long-lasting commerce companies are parts operations, technology, design, people, and finance,” the firm explains on its website. These are things both Ware and Young believe they can offer startups, mostly because of their experience working at Zappos.

The firm has begun looking at startups that are innovating in retail and commerce across three categories. With vertical commerce, VTF Capital is looking at those that define an entire category of products and shopping, such as those that make and sell items directly to consumers. Physical commerce involves bricks-and-mortar locations and what startups are doing to help stores remain competitive — as the firm puts it, “What is the role of the store?” Lastly, Ware said that VTF Capital wants investments in startups that are making it easier and more efficient to transact.

Ware said that VTF Capital will continue to make seed and series A investments and currently doesn’t have any plans for extending into growth capital soon. However, he revealed that there are some plans to tackle some of the elements around ecommerce “lacking in the current venture market today.” He declined to elaborate further.

Although the firm has made some investments outside the U.S., such as in Canada, Ware’s primarily focused on domestic startups. However, he said that VTF Capital may make moves in Europe if it can overcome the legal structures in place on the continent. If that happens, Ware may look particularly to Ireland in the future. Some of the firm’s portfolio companies include Buffer, Ring, General Assembly, Banjo, Galvanize, Combatant Gentlemen, Surf Air, Karma, FanDuel, SkillShare, and Pando.