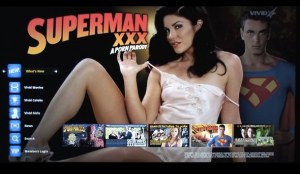 “Vivid for Google TV gives our fans a new way to enjoy Vivid movies in high quality HD and with other benefits that provide a very appealing, highly enjoyable, and user friendly experience,” Steven Hirsch, co-founder and co-chairman of Vivid, said. “We spent more than a year developing a code base for a robust, standalone Internet-TV channel with a friendly interface for the consumer.”