With virtual reality (VR) seemingly infiltrating every facet of our lives, from movie theaters and theme parks to TV broadcasting and internet searches, it’s only a matter of time before companies figure out how to make it easy for people to pay for things while immersed in their virtual worlds. And this is exactly what Worldpay is currently investigating.

The payments processing giant has developed a proof of concept that demonstrates how shoppers could pay for things using their bank card while inside a VR environment.

Using EMV, an authentication technical standard for payment cards, Worldpay’s prototype works in pretty much the same way as any other contactless payment mechanism. The shopper taps a virtual card across a virtual card machine for purchases amounting to less than £30 ($39), and for amounts more than that Worldpay has created a new technology it calls AirPIN, which allows users to enter their PIN number through a virtual keypad. This isn’t the first time a payments company has dabbled in the world of virtual payments. Last year, MasterCard partnered with Wearality, a company that develops VR glasses and other wearables, to showcase ecommerce payments through VR at a PGA Tour golf event.

MasterCard enlisted professional golfer Graeme McDowell for some Priceless Golf VR shenanigans, with visitors to the event able to identify an item, such as the shirt or shoes that McDowell was wearing, through their goggles and buy it then and there. 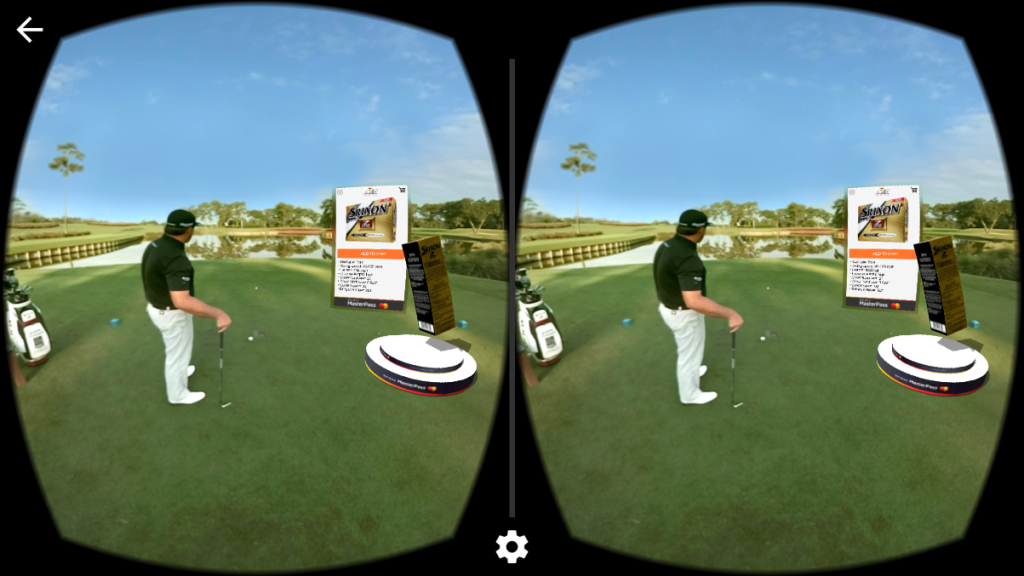 Though VR is still a nascent technology, with many questioning whether it will ever become a mainstream platform, companies such as Facebook are investing significant resources in the area.

Last month, Facebook unveiled a beta platform for social virtual reality that it calls Facebook Spaces, showcasing Facebook’s ambitions for VR, which extend far beyond playing games. “VR is naturally a social platform, and we are building it with people at the center,” explained Facebook’s Rachel Franklin during the company’s F8 developer conference in San Jose. “It’s an extension of who you are, and the technology lets your humanity shine through.”

Facebook recently revealed that more than 5 percent of its workforce is currently dedicated to AR and VR.

If VR does take off into the stratosphere, companies far and wide will want to find ways to monetize these new worlds.

“As technology moves on, so do the needs of consumers,” noted Nick Telford-Reed, director of technology innovation at Worldpay. “As a leading payments company, it is our responsibility to consider where the next generation of payments will take place. We have built this prototype to provide a seamless, secure payment option for consumers in a virtual world. The benefits for merchants experimenting with virtual and augmented reality could be significant.”