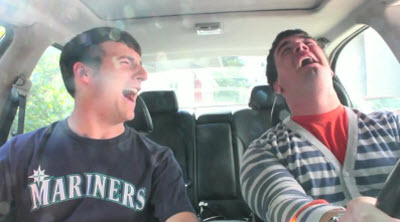 Zimride is hoping to change transportation one seat at a time. The San Francisco startup is announcing today it has raised $6 million in funding for its online ride-sharing service.

The company lets drivers sell the empty seats in their car to passengers who need a ride along popular routes, such as between San Francisco and Los Angeles. Zimride not only puts cash in your pocket, it connects people with new friends.

Mayfield Fund led the round. Zimride is using the money to expand its routes. It already started the San Francisco to Los Angeles route in August and it has seen thousands of rides shared in less than a month.

Green started the company in 2007 after he was inspired during a trip to Zimbabwe. He saw a grassroots public transportation system develop there, and proceeded to team up with friend John Zimmer to create a more sustainable form of transportation.

Zimride has facilitated more than 26,000 car pools, helped users travel over 100 million miles and created over $50 million in savings in vehicle operating expenses. It’s used in 120 universities and corporate campuses across 30 states. The goal is to hit 300 universities by the end of 2012.

The company has partnered with music artists Jack Johnson, Dave Matthews Band, and Sheryl Crow to provide ridesharing to their events. Zimride users connected via Facebook, which adds a layer of trust to the system. Before a rider accepts a seat in a car or a driver accepts a passenger, he or she can view the person’s profile information to ensure that he or she is comfortable with the match. For colleges or corporations, Zimride adds more security by requiring riders or drivers to be from the same school or business in order to participate. Users can read reviews about past trips. Drivers post rides on the site and get new passengers. Riders have 24 hours to accept.

Raj Kapoor, managing director of the Mayfield Fund, said that the Zimride team is targeting a multibillion-dollar opportunity by building transportation infrastructure in a country where 75 percent of the seats in cars on highways are empty. Zimride has 350,000 users. Zimride has 16 employees and rivals include GoLoCo, PickupPal, Zebigo, and Avego.  In the past, Zimride got $250,000 from a Facebook (fbFund) grant.