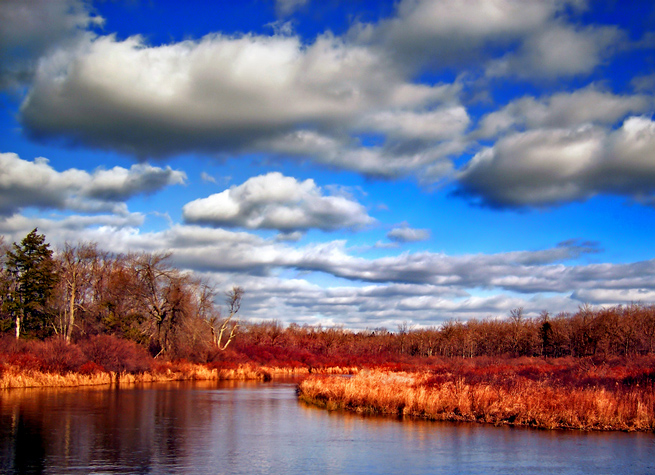 Platform-as-a-Service is part of the booming cloud computing sector, one area of the cloud that some analysts, companies, and developers have overlooked. But recent research shows that PaaS is no longer the ugly duckling of the cloud industry — and that it’s ready to grow quite a bit during the next few years.

PaaS will make up barely 1 percent of the overall $109 billion cloud industry this year. But it will likely grow more than 30 percent annually over the next four years, according to research firm Gartner.

This could make PaaS a $2.9 billion market by 2016, or more than 2 percent of the $209 billion total cloud market. While small, it’s the second fastest growing “layer” of the cloud and one that cloud-watchers should be paying closer attention to.

Like many things dubbed cloud, PaaS is a term that sometimes get lost in technobabble or marketing jargon. So let’s break down what PaaS actually is.

IaaS companies such as Amazon, Rackspace, SoftLayer, and Joyent offer the core infrastructure and virtual servers that host applications and data. This is where the heavy iron sits, such as storage, servers, and so on. The SaaS category, meanwhile, lies on the opposite end: It includes applications that companies deliver exclusively via the web (rather than desktop apps). These include apps such as Google Docs, Salesforce CRM, Workday, Box, Taleo, and NetSuite that enterprise workers rely on. BPaaS includes business process services like advertising or payments.

PaaS sits in-between IaaS and SaaS, providing an environment for developers and companies to host and deploy applications more easily. Simply put, PaaS companies shield developers from the hassle of setting up, configuring, and managing things like servers and databases, so that they don’t have to see the infrastructure side.

What makes PaaS so attractive is that it can improve the speed of developing an app, save you money, and maybe most important, let you focus on innovating your application and business. Major PaaS providers include Salesforce (Heroku), Google (App Engine), and Microsoft (Azure).

In the diagram below, you can see how PaaS fits into the main layers of the cloud: 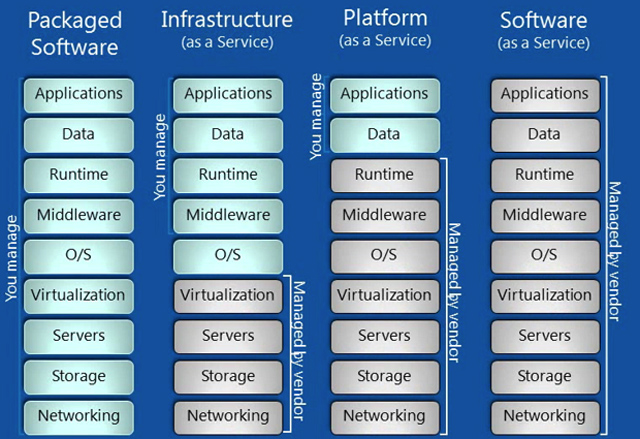 However, when it comes to year-over-year growth of the PaaS segment itself, it looks quite nice.

Research firm IDC breaks down the market slightly differently than Gartner and is more bullish on PaaS. It estimates that the worldwide public PaaS market will grow from $2.6 billion in 2011 to $9.8 billion in 2016. That represents 30.9 percent annualized growth.

Just this week, Salesforce COO George Hu said at DEMO Fall 2012 that its platform services have surpassed Salesforce’s CRM in terms of API calls per day. “The pace keeps me up at night,” he said. “Things are moving incredibly fast at Salesforce right now.”

Additionally, a recent survey by smaller PaaS provider Engine Yard, which had $28 million in revenue last year, indicates that PaaS adoption is on the rise with medium and large companies. Two out of three survey respondents said they already use or plan to use PaaS in the next two years. “Enterprise is beginning to bite,” Mark Gaydos, the Engine Yard SVP of marketing, told us at the time.

For more on how the market is growing, take a look at some of the biggest players:

One of the largest players in the PaaS marketplace is Salesforce with Heroku, which has more than 2.3 million apps currently deployed on it. A year ago it had just 200,000. Heroku customers include Walmart, Macy’s, Activision Blizzard, and GroupMe.

“We see PaaS as a fundamental game changer,” Heroku chief operating officer Oren Teich told VentureBeat. “We’re looking at the base of innovation. We’ve only climbed 100 feet of a 3-mile-high mountain.”

Teich said he expects Heroku to host more than five million apps a year from now. He admits that he’s being cautious with that number and said it could potentially be more akin to six million or seven million apps if momentum really picks up. Salesforce would not reveal the revenue it generates from Heroku.

Google and its App Engine is one of the earliest players in PaaS, opening its doors in “preview status” in April 2008 and officially leaving preview in November 2011.

Half of the Internet’s IP addresses touch Google App Engine servers each week, a Google spokesperson recently told me. Some two trillion datastore operations are performed on it each month.

Thirdly, we have Microsoft and Windows Azure. Azure turned some heads in June by also starting to offer developers IaaS on top of its already strong PaaS product.

“We’ve worked hard to keep up with demand the past two years,” Martin told us. “In the long term, PaaS will be most widely used for application development.”

AppFog has more than 60,000 apps hosted, up from 50,000 apps a month ago and 10,000 apps a year ago, according to AppFog CEO Lucas Carlson. AppFog also recently acquired Nodester, a PaaS that supports the popular Node.js programming environment.

“From an adoption standpoint, early PaaS largely failed,” O’Grady said. “Did Force.com and Google get users? Yes, but they did not live up to expectations.”

That said, a few barriers were stopping the mass market from buying in. First, many large enterprise companies don’t permit PaaS use. AppFog’s Carlson says that CIOs are often concerned about vendor lock-in and don’t like PaaS providers taking over functions the company could potentially set up on its own.

But developers go around their IT overlords and use PaaS services anyway. Because much of the technology is low-cost or open-source, developers say “screw it” because PaaS greatly improves their productivity and lowers project costs.

O’Grady says what the CIOs want doesn’t matter now that their developers have taken control. “They don’t have a choice,” he said.

The second barrier to Paas adoption? Not enough people know what PaaS can help their company accomplish. Heroku’s Teich said when he talks to developers and enterprises about PaaS, they don’t do much evaluation of their options or even know what the options are. Basically, they are woefully uneducated.

“Developers have a lot of preconceived notions about which PaaS they should use,” Teich said. “It’s another sign that PaaS is something that has a lot of growth potential.”

If you feel like you need a PaaS education, come join us for the CloudBeat 2012 conference on Nov. 28 and 29 in Redwood City, Calif. We look forward to seeing you there.

Clouds photo via Nicholas A. Tonelli/Flickr