There’s a gold rush going on as investors charge into cryptocurrency and blockchain investments. Even a professor from the Massachusetts Institute of Technology (MIT) is joining the party.

Silvio Micali, a Turing Award-winning cryptographer and professor of computer science at MIT, has founded Boston-based Algorand to create a scalable, secure, and decentralized digital currency and payments platform. He has raised $4 million in seed funding from Pillar and Union Square Ventures.

Algorand addresses the blockchain’s scaling challenges through rapid and efficient user consensus, enabling even the smallest transactions, regardless of volume or number of users. I heard something similar when I interviewed Kochava CEO Charles Manning, who is creating a blockchain digital advertising platform.

Blockchain is a transparent ledger, or accounting system, that is decentralized, and because it is spread across a network of computers that verify the ledger, it is secure, transparent, and accurate. It has become the foundation for cryptocurrencies such as Bitcoin. The problem is that it takes a long time to update the blockchain across all of those computers, so you can only update the ledger at slow speeds, like 10 times a second or even slower.

That’s too slow for payment systems. So Micali’s team created an open source consensus protocol. Cryptocurrencies such as Bitcoin and Ethereum require users to solve cryptographic puzzles to mine additional currency. But Algorand’s protocol does not require solving cryptographic puzzles, which keeps the cost of transactions low. The transactions are confirmed within seconds, and transferred funds are immediately available.

Where existing systems suffer from the “blockchain trilemma” — a tradeoff between decentralization, scalability, and security — Algorand has the potential to solve all three. The company’s open source protocol has the capacity to scale to billions of users in a safe and secure way.

For each block of transactions, Algorand randomly selects a small, one-time group of users in a safe and fair way. To protect them from attackers, the identities of these users are hidden until the block is confirmed. The size of this group remains constant as the network grows. 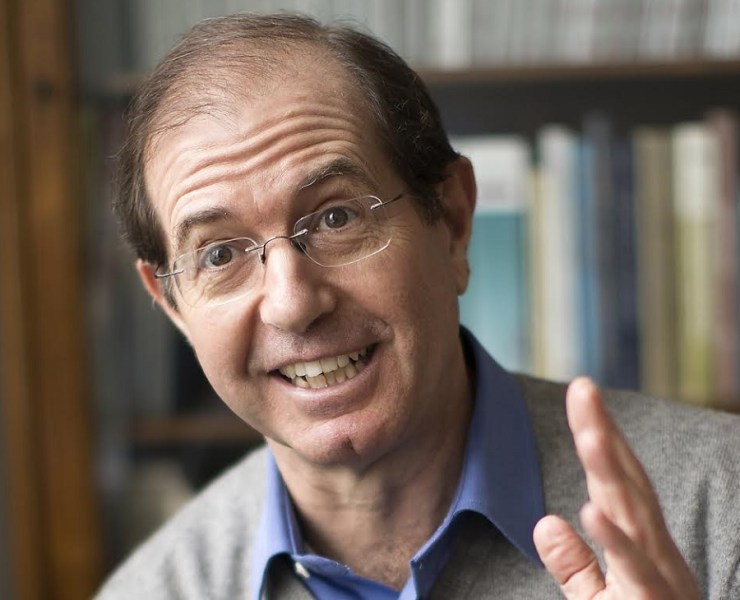 Above: Silvio Micali of MIT is the founder of Algorand.

Micali is the first MIT professor to launch a venture-backed blockchain company. He is also a co-inventor of zero-knowledge proofs and is best known for some of his fundamental early work on public-key crypto systems, pseudorandom functions, digital signatures, oblivious transfer, and secure multiparty computation.

Algorand’s unique protocol allows the system to evolve and meet the future needs of the community — whether those changes are technical or monetary — without hard forks, or changes that split the platform in two.

“Silvio is a world-class cryptographer, and he’s attracted an exceptional core team and advisors,” said Pillar investor Jamie Goldstein, in a statement. “Algorand is a sophisticated approach to addressing existing blockchain challenges — scale, settlement times, and cost. The company has the potential to fulfill the promise of a truly decentralized world.”

Algorand will use funds from the financing to continue to grow its team and technology. The company anticipates launching its open source protocol within the year. Algorand was founded in 2017 and has 10 employees in Boston. There are plenty of rivals, such as IOTA’s Tangle and Dfinity.