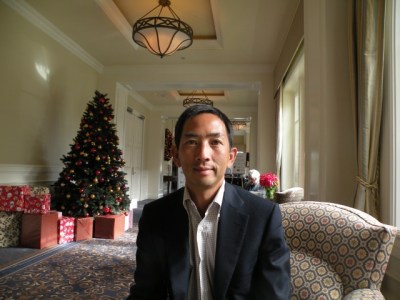 Peter Nieh is a founder of Lightspeed Venture Partners. The venture capital firm manages over $2 billion in capital and just closed its most recent fund, Lightspeed VIII, worth $800 million, earlier this year. Some of Lightspeed’s hits include Brocade, Ciena, Informatica and Riverbed Technology. Nieh began focusing on cleantech investments three years ago, and the company has made five investments in the field to date. He recently made a bunch of predictions about where the cleantech industry will be in 2009. We caught up with Nieh at the recent AlwaysOn Venture Summit West conference.

VB: How did you make the switch to investments in cleantech?

PN: We investigated companies to see if they met our bar for being high-impact companies. We saw that. By contrast, with nanotechnology, we looked a few years ago and we didn’t see that. We saw a confluence of things. We think there are venture opportunities with commercializable technologies. They weren’t technologies looking for solutions like we saw in nanotech. There was a fair degree of technology risk but fairly low market risk. If you could produce a solar cell that had higher efficiency but had half the cost of a crystalline silicon solar cell, you can expect there would be a market for it. With other businesses, there is a lot of consumer adoption risk. You can build a web site and nobody would come. You might not get traffic. If you could produce diesel fuel that is clean and has good economics, you can sell it.

VB: You’ve been worried about a financing gap, where it takes a lot of capital to bring cleantech products to market. Can you describe that?

PN: We saw this danger a few years ago. Companies are going to have to get more creative. One of them is to joint venture. Your startup can team up with someone who has a low cost of capital. You supply the technology, they supply the capital and other know-how, and then you find some way to divide up the ownership equitably.

VB: You put money into the lithium ion battery maker Mobius Power. Why are you a big fan of energy storage investments?

PN: Lithium ion batteries hit the market in 1993 and have had a great run. They have produced better performance gains, but they are incremental. They are starting to hit a wall. They have to balance better performance against safety concerns. We invested in Mobius in lithium ion batteries. These kinds of batteries have always used the same kind of electrolyte. So you are stuck with the same kind of chemistry. Mobius introduces a new electrolyte that lets you innovate with more materials. The promise is to break that trade-off of performance and safety. But they are not addressing grid-based storage. You need new kinds of innovation. There are no leaders in that space. So I think that will take off. We are actively looking at that space. We predict energy storage will get more investments and will be an important sector going forward.

PN: We want to focus on energy efficiency. In the past, it has been hard to get those things adopted. We are looking for companies that can grease the skids of adoption. It’s like there were MP3 players that weren’t popular until the iPod came along and Sharp Wizards that weren’t successful until the Palm Pilot came along and created the PDA market. We think there is a lot of leverage in great design. In something that is really easy to implement. It’s easier to sync your PC music to a portable because of the iPod.

VB: Climate change is such a big problem, it could take years for some of the startups to make an impact. If cleantech startups have a long-range focus, isn’t that a big investment risk?

PN: If you look at the enterprise software market, the big companies are the ones that can build a sales channel. It’s an uphill battle for a startup there. For an efficient solar panel, there are known distribution channels. So cleantech companies have a technology risk, a financing chasm, and then a low-market risk. We will not invest when there is a problem on all of those fronts. When you have multiple risk factors, you wind up with a low probability of success.

VB: Will the Obama administration be active in closing the financing chasm?

PN: This is an area that government has not focused on much. They have done things like Department of Energy or Defense Advanced Research Projects Agency research. They have been much more comfortable funding fundamental research. I would say take a chunk of the dollars and help companies reach commercialization. A bunch of these companies are two or three years away from being viable — making alternative fuels, solar cells, or clean coal. Those hit at the heart of the energy problem.

VB: Some people will complain that that amounts to corporate welfare. How do you respond to that?

PN: That’s right. Where change is required, you can’t draw too many lines. You have to look at what is practical. You should make sure you understand the role of the government relative to the private sector. There are inefficiencies in the private market. But the country needs these technologies.

VB: It seems like some of the cleantech ideas are fairly crazy. How do you view them?

PN: If you can do more with less, and create less carbon dioxide in the process of making concrete, there is value in that. If you can create plants that require less resources to cultivate, there is value in that. These ideas aren’t so wacky. It’s not science fiction. When I talked to my partners about using algae to create fuel, my partners thought it was something out of Star Trek. But these things aren’t so far fetched. We are bioengineering drugs for humans. Why not bioengineer things for the sake of saving the earth? It can create real economic value.