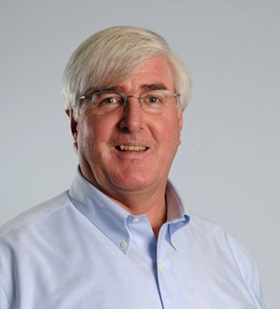 When TechCrunch editor Mike Arrington barged in on a secret meeting of super angels, the wealthy individuals who are taking an increasingly prominent role in startup investing, the facts were open to interpretation. Arrington alleged that he heard the meeting was about illegal collusion. That seemed so unlikely. But now an email sent by investor Ron Conway (right) shows that there is a real fracture in the angel group about whether there was an attempt at collusion, as Arrington alleged.

Two days ago, Arrington wrote a post where he alleged that the secret meeting that he crashed was in fact an attempt by a group of super angels, or well-heeled investors with their own funds, to illegally collude by agreeing to hold down startup valuations. At the time, it seemed pretty implausible that such a well-known group of smart people would try to get away with such a hare-brained scheme. (After all, these angels don’t control a significant percentage of the angel money being invested in companies).

Dave McClure, head of 500 Startups, wrote a post that blasted Arrington’s credibililty. He said there was “kvetching” about high startup valuations, but there was no attempt to at collusion. McClure’s profanity-filled account that it was just a bunch of investors getting together for good food and good drinks certainly seemed more plausible. But that narrative changed again with two new revelations.

First, McClure accidentally broadcasted a message on Twitter to all his friends that said, “Ron is throwing us under a bus. and it’s chickenshit that he writes that after David Lee comes to both meetings.” Evidently, McClure meant that to be a direct message, or a secret communication, on Twitter. He quickly deleted the tweet but not before people retweeted it and archived it on FriendFeed (see picture above).

The significance of McClure’s message became clear as an anonymous source then forwarded the actual email from Ron Conway to the angel group. In it, Conway is clearly indignant that his SV Angels group colleague, David Lee, attended the meetings where the alleged collusion took place and didn’t realize that the aim of the meetings (more than one, clearly) was some kind of collusion scheme. Siegler said TechCrunch confirmed that Conway’s email is authentic from one of the recipients of the email. (Right down to the misspellings of “entrepreneur.”)

“I want to clarify once and for all my total disagreement with your values and motives for being investors,” Conway wrote. He goes on to say, “I wish the Angel community could have the same integrity and values of the entrepenuer community, but unfortunately I now believe that is hopeless and your actions prove that. What do you think the entrepenuers you have funded are thinking right now. This is despicable and embarrassing for the tech community in my opinion.”

Clearly, there is some kind of conspiracy here, and it’s clear that Conway now wants it publicly known that he wants no part of it. It is also possible, however, that Conway doesn’t know the true picture. After all, he was apparently not present at both meetings. Only Lee was there. Still, this is pretty damning against the other angels. Whatever they communicated to Lee, and then got passed on to Conway, clearly upset Conway. Conway also let loose on McClure, asking him not to do another “unprofessional classless” post.

McClure has since tweeted, “sigh. bad day. sorry folks,” and “well so much for the slow news day.”

We would welcome clarification on this from the angels involved.

Here’s the text of the email below:

Subject: Super Angels Gathering
I want to share my views on the two gatherings you had in June and this week and what they represent in my opinion.
So that I would not be influenced by any outside inputs I am writing this without sharing my thoughts with anyone including David Lee and the other SV Angel Partners.

I want to clarify once and for all my total disagreement with your values and motives for being investors.

I have stated consistently for year that I invest because I love helping entrepeneurs and watching them learn and succeed.

I am honored that entrepenuers share their crystal ball views of the future of innovation and technology with us and respect the guts it takes to start a company.

At SV Angel we try to reciprocate by adding value any way we can.

I think that actions speak louder than words and SV Angel has always been a friend of entrepenuers and we focus our business to help entrepenuers achieve success.

The world of startups would be a better place if you spent less time complaining about deal structures, terms, vc’s, and valuations etc and the cars you drive, and just helped entrepenuers build their companies.

The Free Enterprise system is very efficient …..why not let the marketplace demands decide on these issues, its worked for many many years. These startups are binary …they succeed or fail so why waste time on deal structures, terms, vc’s, and valuations etc and just help entrepenuers build their companies.

In my opinion your motives are driven by self serving factors around ego satisfaction and “making a buck”.
My motives and values are very different.

They are so different I want to be up front with you and recognize this and disengage from any involvement with you. I will not be a hypocrite.

I am tired of seeing you and engaging in idle chit chat and not sharing my true feelings.

I think you have a different value set and lets agree to disagree and not have to even engage in any idle chit chat or discussion of any sort….ever.

Furhermore, I regret David Lee was involved in the gatherings. I am sure he does too.

We talked about the first dinner and I encouraged him to write the email above and withdraw….I know he was uncomfortable with both gatherings….where no one was there to speak up for the interests of the entrepenuers.

We are all entitled to our opinions.

I am just being honest and transparent….the way most of the entrepenuers I invest are…

I wish the Angel community could have the same integrity and values of the entrepenuer community, but unfortunately I now believe that is hopeless and your actions prove that.

What do you think the entrepenuers you have funded are thinking right now.

This is despicable and embarrassing for the tech community in my opinion.

Can you learn from this ?

Please keep this confidential even though I know that will be hard since two of you let your egos take over and show Arrington how important you are by telling him you were headed to a “secret” angel gathering.

Dave McCLure…pls try not to blog about this and cause silicon valley more embarrassment with your unprofessional classless writings.

Note: I did not include those who were at the gatherings who I don’t know well enough to form an opinion around their motives or values.